This morning I first drove up Arctic Valley Road northeast of downtown Anchorage. Although we had a few drops of rain before I left home, on my drive up the road only the skies showed signs of rain and everything around me was sunlit and gorgeous. Along the road I saw many dandelions, as well as a few other flowers. 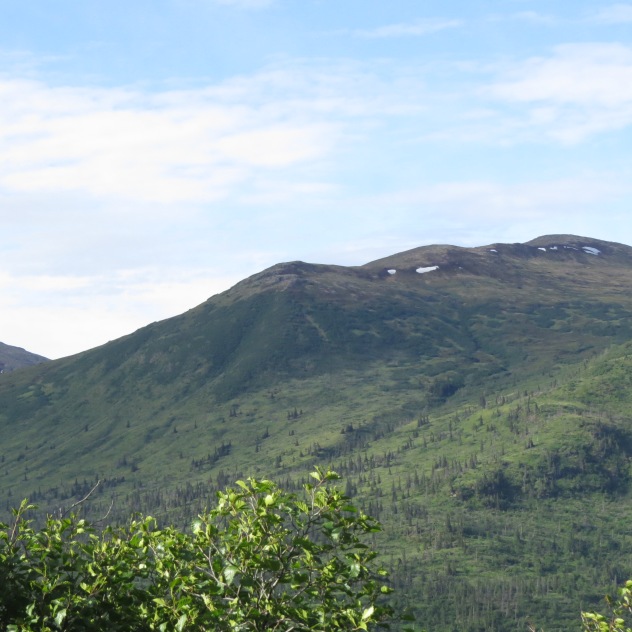 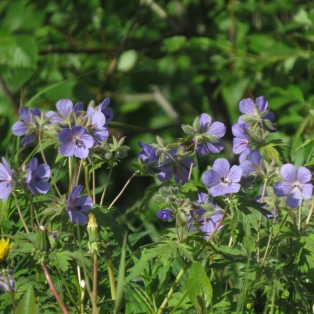 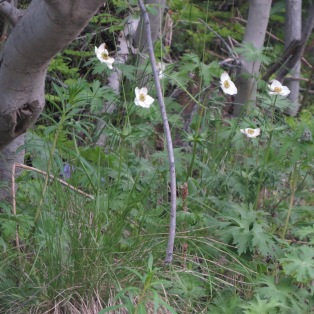 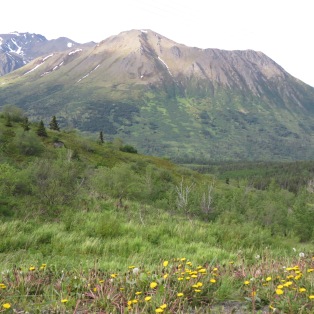 Birds at first were scarce, but the road was hopping with hares, as usual munching on dirt.

I drove slowly past the usual singing warblers, thrushes and Alder Flycatchers. About two miles from the road end, I was delighted to find a bear along the edge of the road, digging in the dirt and munching on dandelions. Although I am no expert on bears, it appeared to be rather leggy, perhaps last year’s teenage youngster. After feeding for a short time ahead to my left, it crossed the road ahead of me and munched some more. Eventually I drove on. When I came back down the road, the bear was still munching. 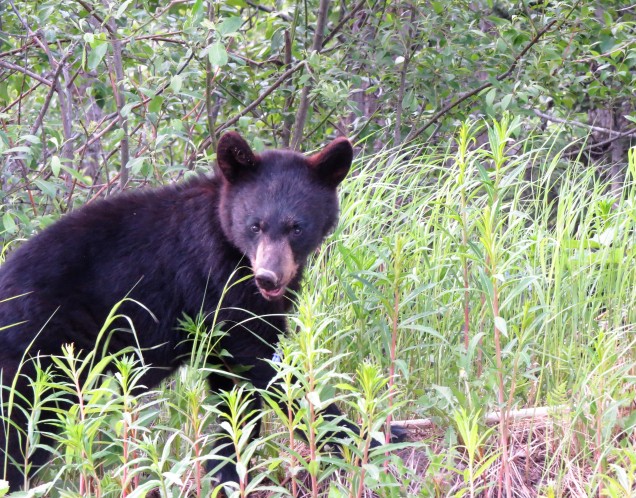 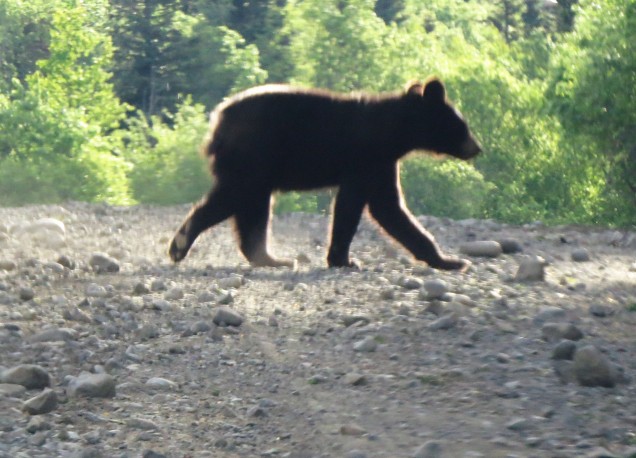 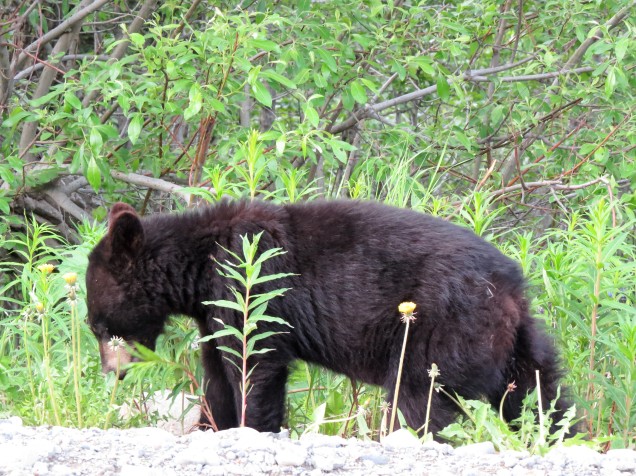 At the upper end of the road a Wilson’s Snipe was calling and calling from the top of a pole.

Along the road below the snipe were a couple of arctic ground squirrels appearing and disappearing from roadside holes, and also munching on vegetation. I couldn’t tell if they also ate dandelions.

I next drove to Lake Hood. I haven’t been out there recently to see my favorite loon, the oh-so-tame Red-throated Loon that has been coming to the lake for a few years at least. The loon was at one of its two apparently favorite spots. As usual it dove as I got out of my car, walked over to the edge of the water, and said “hello”. It came up to within two feet of where I stood. Eventually it started calling while a nearby seaplane was revving up, and then slowly swam away. Sometimes it seems that this loon becomes more vocal in reaction to nearby planes, but maybe that’s my imagination. 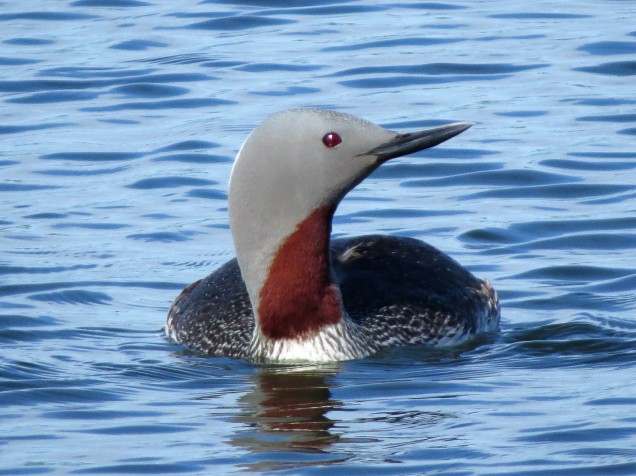 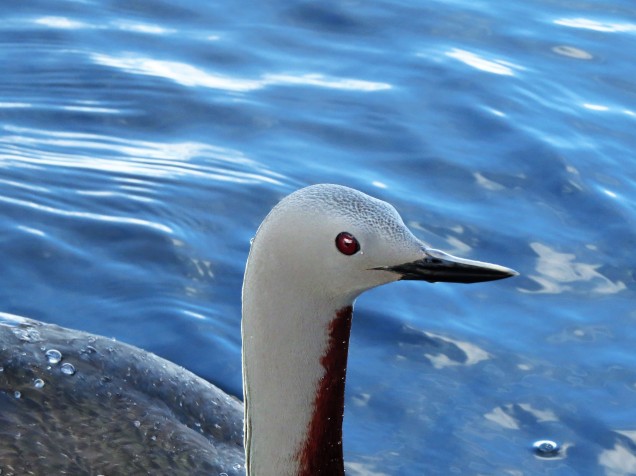 Also at Lake Hood were three Red-necked Phalaropes, at least one Red-necked Grebe and many buzzily trilling Savannah Sparrows. 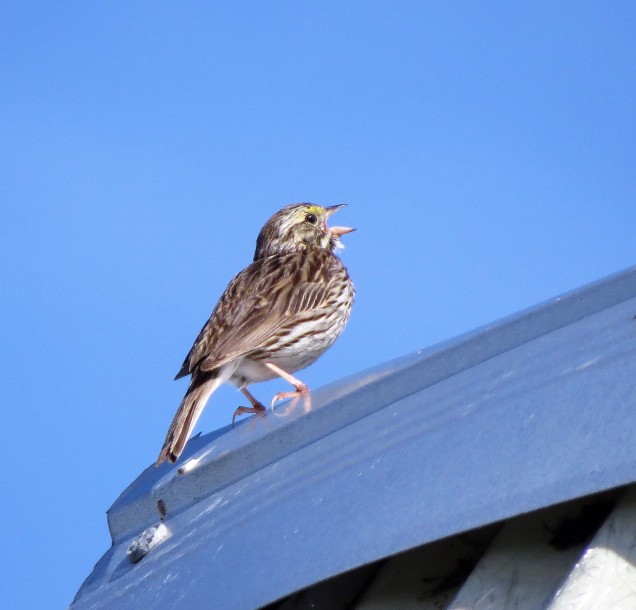 There are so many neat things to see in the Anchorage area!