This morning I birded south of the city of Anchorage, but still in the Anchorage Borough. At Potter Marsh, it was bright but overcast. Birds were singing but were mostly hidden in the summer leaves. 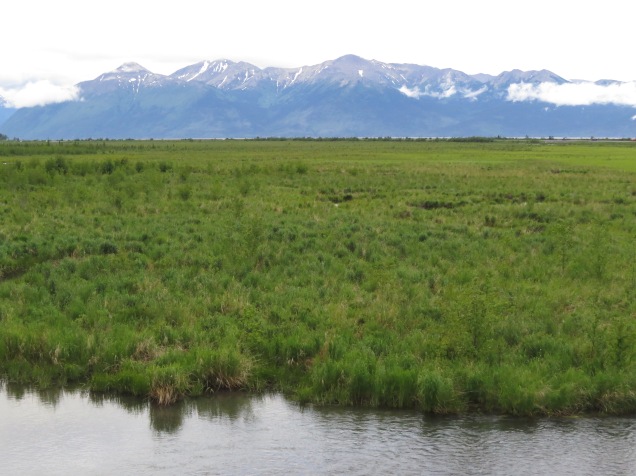 Soon after I started walking down the boardwalk, a sleek yearling moose came tripping down the stream toward me, and then swerved to go under the boardwalk just ahead of me and disappeared into the heavy underbrush. 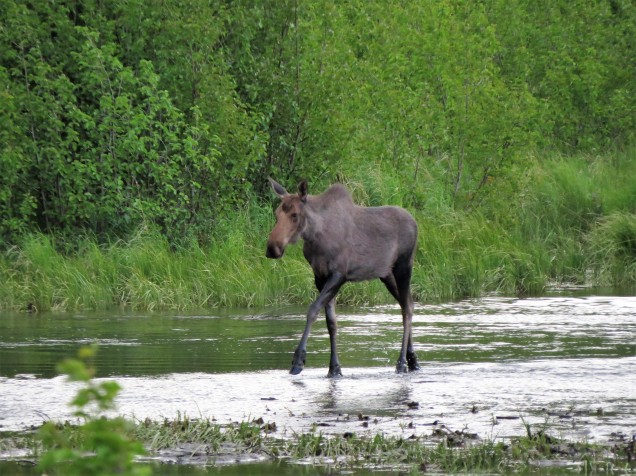 When I got toward the eastern end of the boardwalk, I saw a large shaggy moose browsing some 75 feet from me, slowly sloshing through the water it grazed. 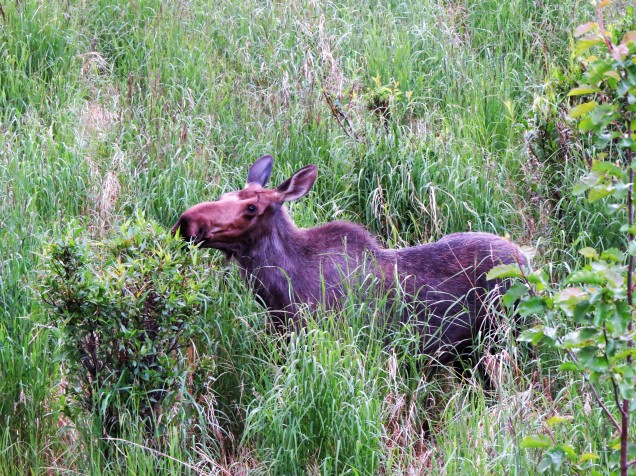 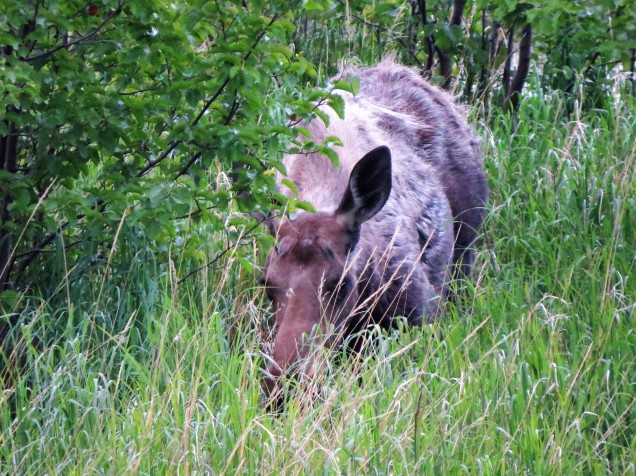 Hoping that maybe it was a mother and that maybe there was a young moose nearby, I scanned all around. I was happy to find two rusty-colored ears just showing above the marsh grass about 30 feet from the larger moose. The youngster eventually stood up and went nearer to its mother. Both eventually faded away into the brush, and I went back to birding. 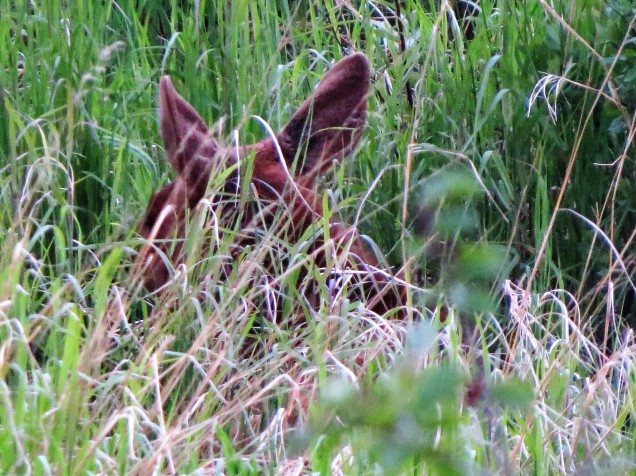 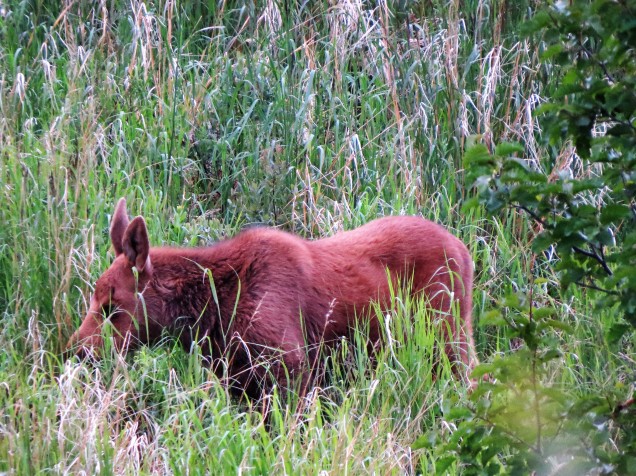 I then drove south along Potter Marsh, where I photographed some of the Canada Geese, and an Arctic Tern at one of the pullouts. 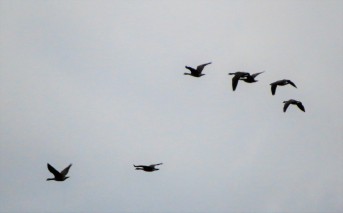 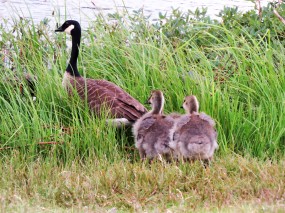 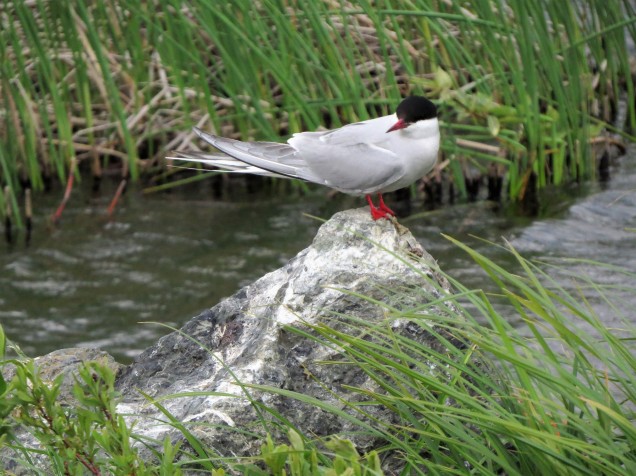 Although the weather was somewhat drizzly I decided to go down toward Portage, with the goal of walking one of the trails along the road. By the time I got there, however, the rain was coming down heavily (as seems to be the usual case when I go there), so I headed back north. I stopped in Girdwood just long enough to find a Northwestern Crow. I was about to leave when I heard the unmistakable sound of baby crows. In a large tree near me were two crow youngsters which I saw be fed first by one crow and then another. Northwestern Crows are only rarely found in the city of Anchorage itself. Girdwood is about as far north as this species usually gets (as far as I know), and is where Anchorage birders go to see a Northwestern Crow in the Anchorage Borough. The only other large black bird in most of Alaska is the Common Raven. The American Crow is found far in southern Alaska in the Hyder area. 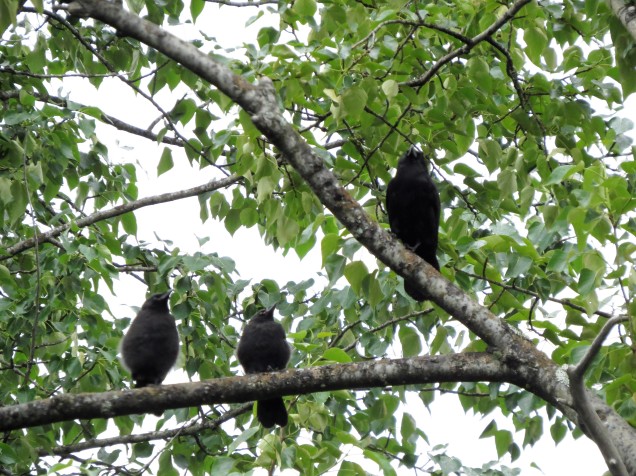