I have been feeling locked in our house, as the house-painting crew covered the windows with plastic and sanded noisily to remove old peeling paint from our siding, window sills, porch, and then put primer around the windows and a few other places. So, while waiting for that to happen and now for the paint to dry (I know, like grass growing) and for them to return at some unknown future time, I’ve taken time to go back and look at a few recent pictures. I realized that I had not posted every last recent loon photo (I love loons, can you tell?). So here are a few more.

On July 18, there were two Red-throated Loons at Lake Hood, on a bay where I had not previously seen any, and there were no others visible on bays where the usual loon has been this summer. They seemed a bit scruffy and at first I thought they might be young, but I think they were just beginning to molt a bit. 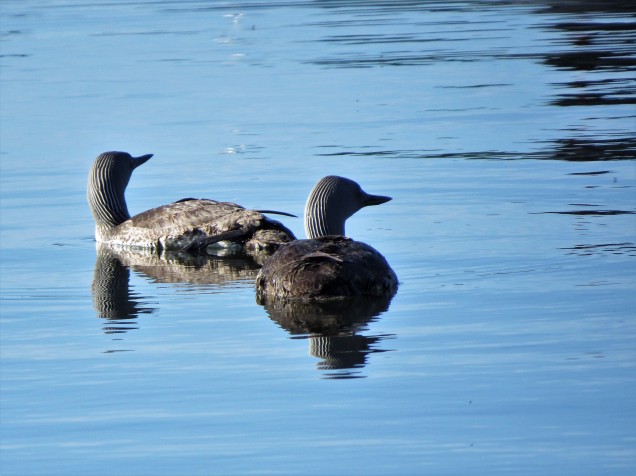 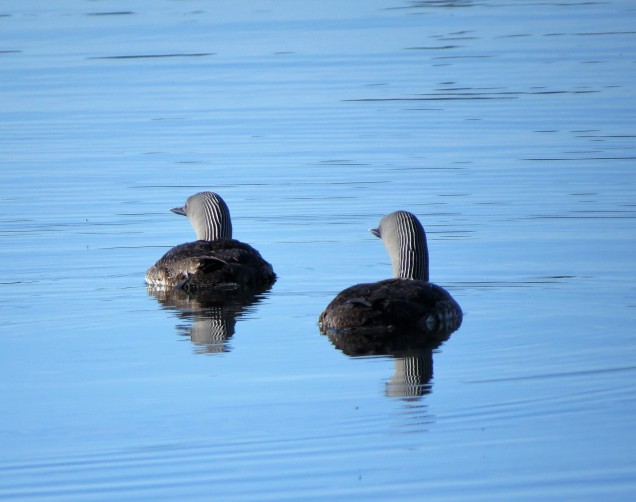 I was back to Lake Hood on July 23, and found that “old faithful”, the tame loon that is regularly at another bay of the lake was back there and the other two were not to found. This loon was sleeping at first out in the lake, but then awoke and rapidly swam toward me, arriving right next to me as usual. It then called loudly, including a different call that I had not seen this loon do. As the rain started to fall, the loon abruptly tucked its head under and apparently went back to sleep. Usually if the loon calls, it is when a plane is flying nearby. So much fun to see! I need to go back before the loon(s) are all gone. 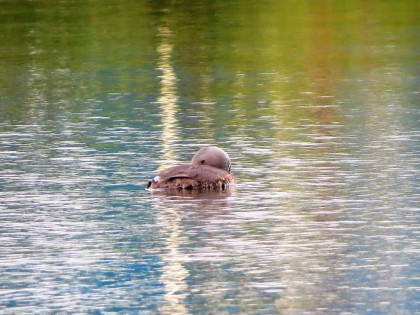 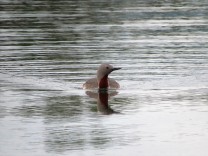 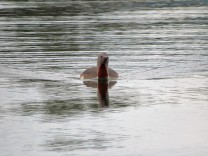 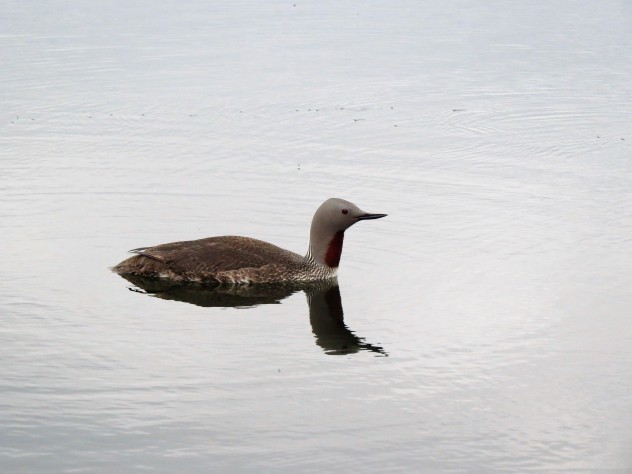 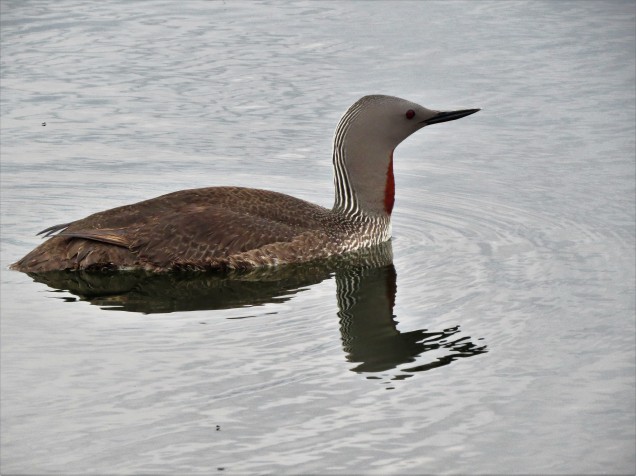