I was in Nome from August 7-11, birding of course. This post will not be about Nome birds, however, but will only be about the showy fireweeds that I photographed along the roads around Nome, and a few other plants. Until today, I had thought that the widespread fireweed was Alaska’s state flower, which it should be in my opinion, but I was wrong (Google says it is the alpine forget-me-not). The fireweed’s flowers at the bottom of the stalks open first, with blossoming progressing up the stalks, and long thin pods forming where the flower petals have dropped off. I have been told that when all of the flowers are gone and the stalk is just full of pods, summer is over. As can be seen from the photos, fall appears to be just around the corner in parts of Nome, but many flowers were still in full bloom when I was there. I will be back toward the end of August – I hope some are still blooming then.

Fireweeds on Kougarok Road (yes, a bird did sneak into one photo): 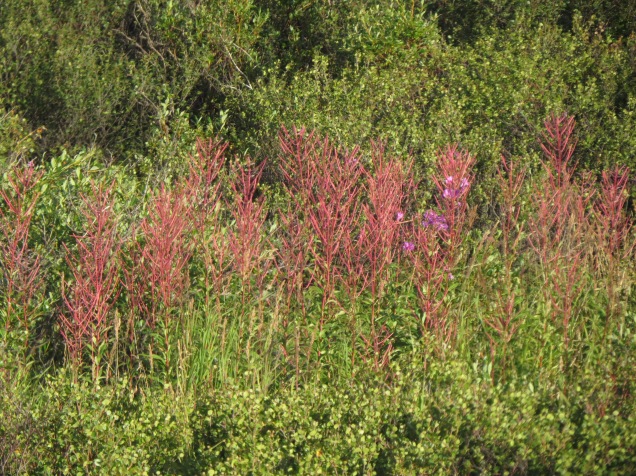 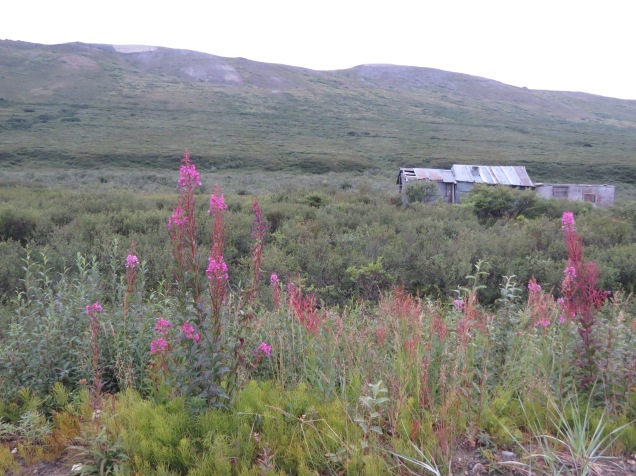 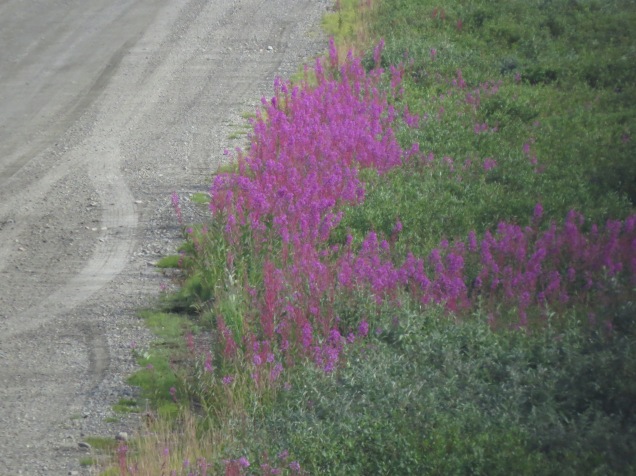 There were other flowering plants around, as well as other interesting vegetation, some of which I photographed. The first shown below is what I believe is a dwarf fireweed. The last group of pictures shows “cottongrass” (I think). 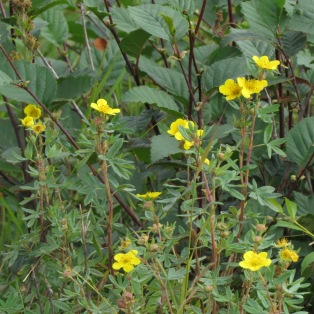 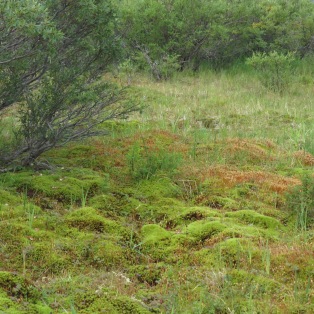 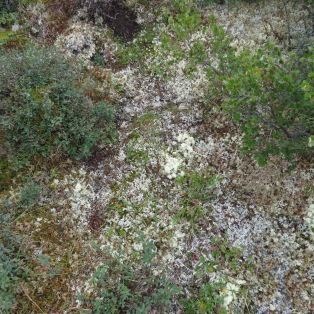 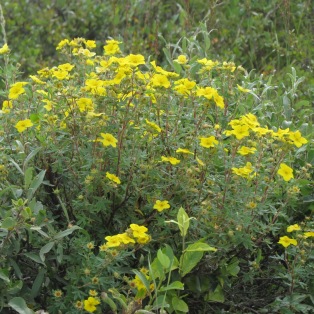 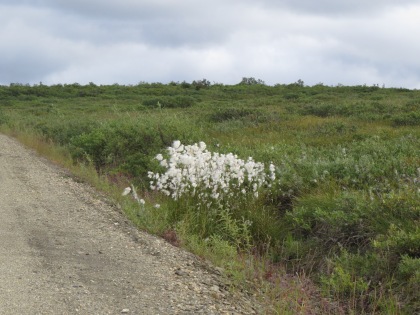