Yesterday morning, before the clouds and fog were too low and before rain was in the forecast, I drove the spit and went to the Beluga Slough Overlook. The Northern Goshawk was still harassing the ducks and the two Trumpeter Swans took off from the water and then returned. 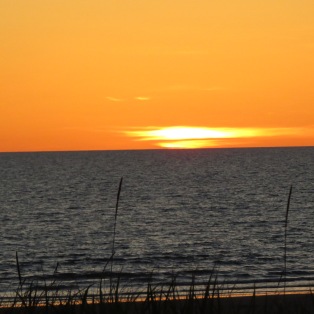 While I usually don’t have many birds at the overlook, this afternoon when I went back, the little birds were very active (Boreal and Black-capped Chickadees, Brown Creeper, both kinglet species and Pacific Wren – pictures of first and last below): 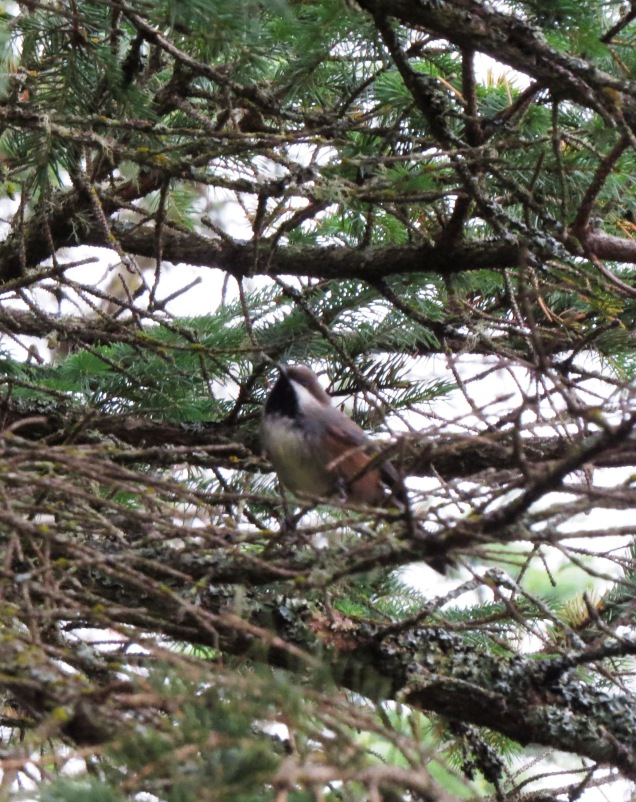 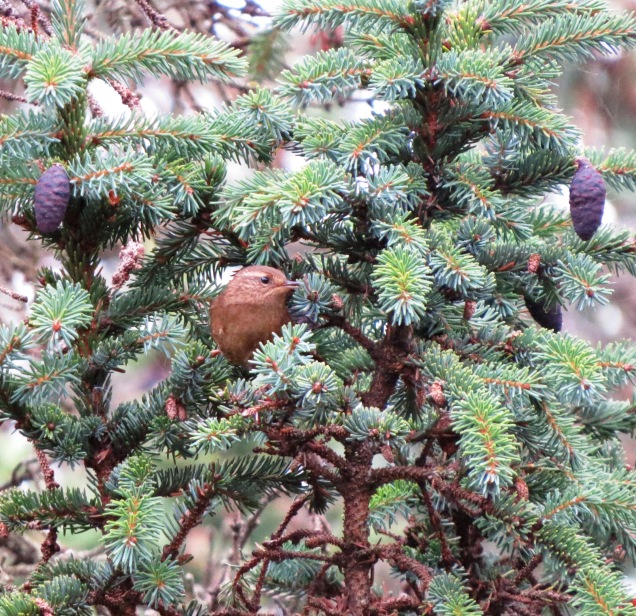 This morning, in fog so thick I could barely see the road, I drove north to Anchor Point. By the time I got there, most areas of fog seem to have lifted at least around Anchor Point. It was a beautiful crisp (37 degrees) morning with only a bit of wind (now, tonight, it’s foggy again here in Homer with increasing wind). The mountains across the inlet were lovely when visible. 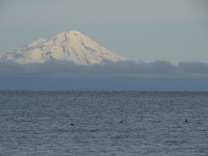 I walked along the beach to the mouth of the Anchor River. Mostly there were Glaucous-winged Gulls, Northwestern Crows and Harlequin Ducks.

There were also a few Common Loons, Red-breasted Mergansers and distant scoters on the water. Two Bald Eagles watched me walk by, periodically talking to each other or to me as the sun tried its best to break through the clouds.

At a little wet depression there were three Wilson’s Snipe and a single dowitcher, which eBird says should be a Long-billed Dowitcher. Seems right to me. I couldn’t get any closer to get better pictures. Any thoughts? 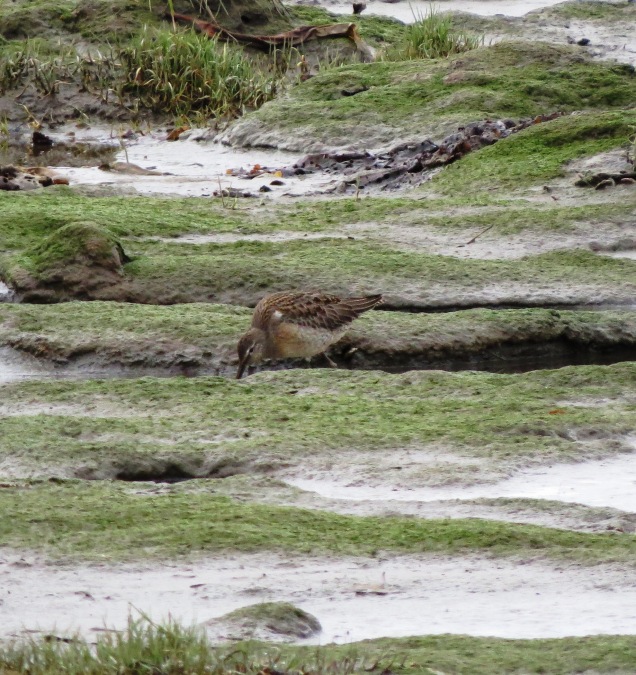