Signs of spring are everywhere. Just the length of the days, over 16 hours (!), makes every day better than the day before. Yesterday I saw my first Sandhill Cranes (I understand that some have been around for a few days) on the mudflats at the Campbell Creek Estuary Natural Area in Anchorage. Also, a young Bald Eagle sat unmoving out on a stump on the flats. 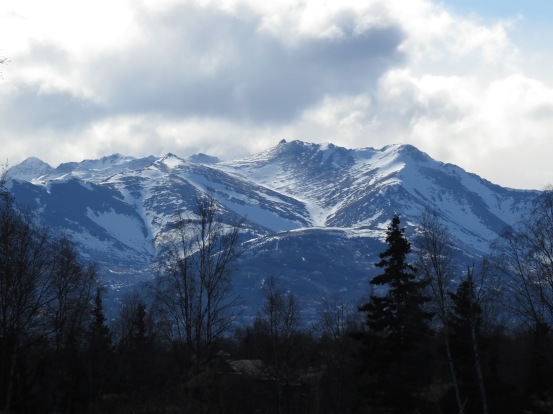 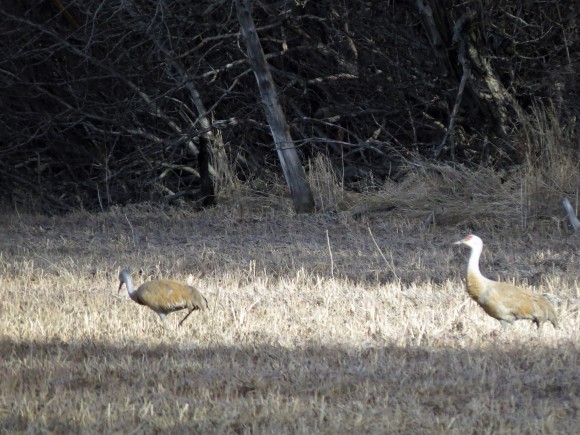 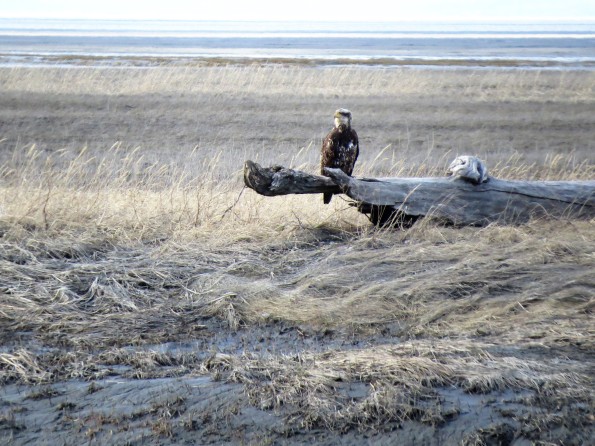 Lincoln’s and Fox Sparrows are popping up in many places, and today at Point Woronzoff I saw my first Anchorage White-crowned Sparrow for the year. 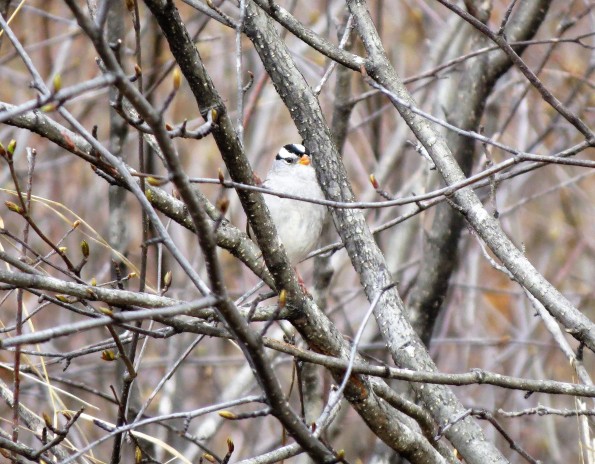 Today at Westchester Lagoon, there were a couple of Northern Shovelers, in addition to the Gadwalls, Common Goldeneyes, Buffleheads, Northern Pintails, American Wigeon, Mallards, Greater Scaup, Canada Geese, Mew Gulls and Arctic Terns that have been around. 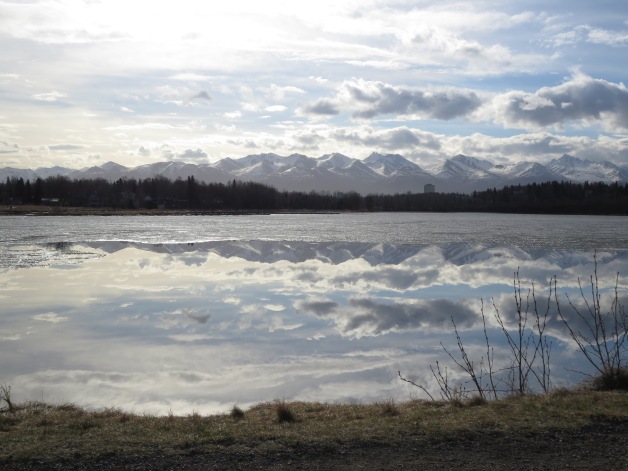 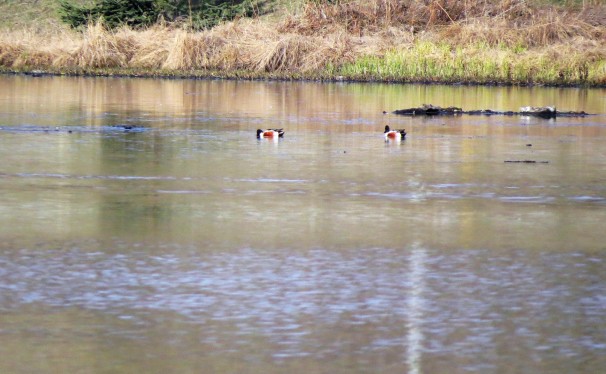 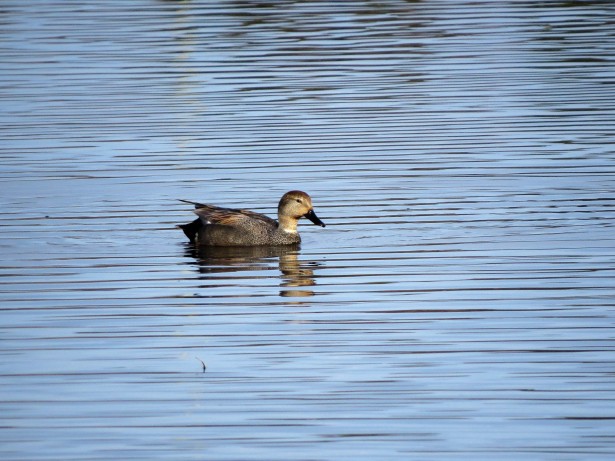 The previously reported Common Loon at Westchester was close to the sidewalk due to ice covering most of the lake, a photographer’s delight. 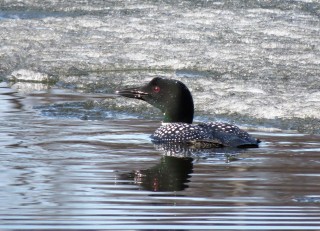 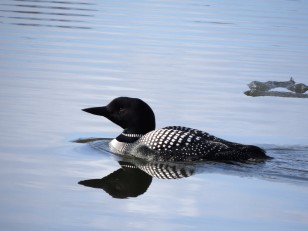 Also at Point Woronzoff was a munching moose next to the road totally ignoring me as he ripped hunks off bark an already well-munched shrub.