I’m not sure what the Mallards are up to. I had thought a single pair was coming to our yard, but now I’m not so sure. A first pair was there for about 15 minutes last night when another pair tried to land. The first male took off from our yard, maybe to chase them away or maybe to join them, leaving the first female alone. After about 20 minutes another female arrived and the two females munched on the food mostly ignoring each other. Then the original female flew away after quacking loudly and looking around, and then after about 10 minutes the second-arriving female flew away. About half an hour later a pair arrived, and then quickly left, and after 15 minutes a single male arrived and left 3 minutes later. It occurred to me that one could write an adult novel about these ducks, weaving a tale around their intrigues, or maybe not.

Today I drove to Portage, about 50 miles south of Anchorage, birding on the way down and back.  Potter marsh was full of Mew Gulls plus a handful of Arctic Terns. 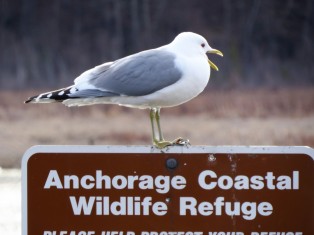 At the Bird Creek campground I found a sparrow hotspot with both singing Lincoln’s and Fox Sparrows.

At Girdwood just after I pulled to the side of the road, five Greater White-fronted Geese arrived, but they were gone later when I came back past there. Among the 20 or so Canada Geese there were at least three very small Cackling Geese (not much different in body size from the nearby American Wigeon and Northern Pintails; too distant to photograph well). Nearby were a couple of Barrow’s Goldeneyes (one went down just before the photo).

At the Moose Flats area on the Trail of Blue Ice (although the first part of the trail was clear, there was still much snow on a later part of the trail) there were many singing Varied Thrushes, as well as a noisy Ruby-crowned Kinglet, a couple of calling Wilson’s Snipe (no photo), and singing Fox Sparrows (a couple of short videos included here so the beautiful song of the Fox Sparrow can be heard). 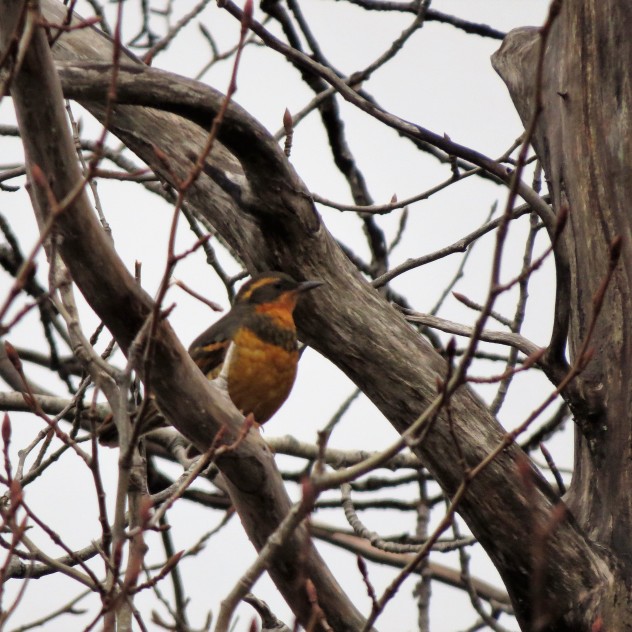 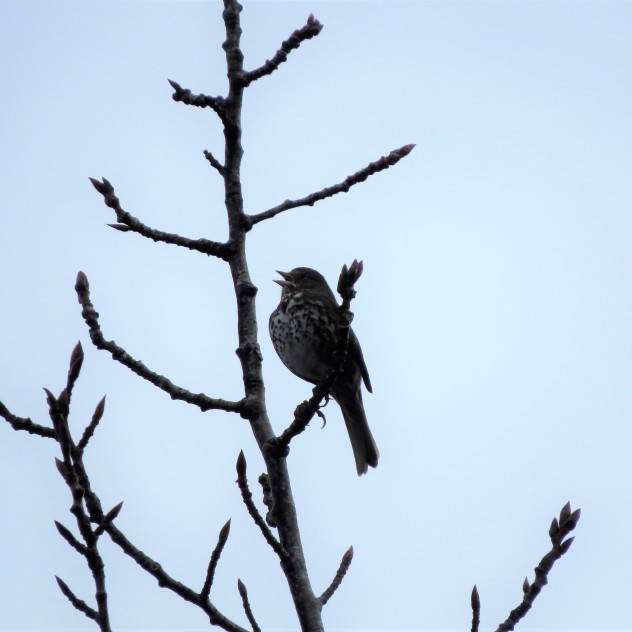