The redpolls are almost all gone, just two were around today. Many other birders are also reporting the same mass redpoll exodus, presumably off to the north. Although we have much snow remaining on the ground, the days have been warm. There has been much melting but much more is needed.

Yesterday, after a quick trip to Potter Marsh where snow still covers everything, among other places I went to Cuddy Pond. Between the pond area and the library someone had thrown out some kind of feed, which had attracted a huge flock of magpies, some Mallards and a single gull. The gull (my first Mew Gull of the year) left soon after apparently stuffing itself, but the rest stayed and ate and squabbled. 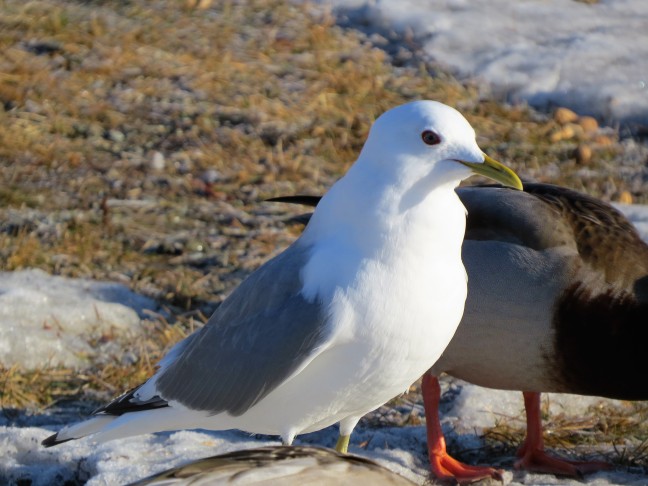 On my way to bird elsewhere I came across a moose nibbling in the snow along the road and could not resist stopping for photos. I don’t think I’ll ever get used to them being so everywhere.

Mallards continue to arrive in our yard periodically. Last night a pair stayed until after dark, but left sometime before this morning. Right now there’s a male munching something in the snow.