The redpolls are about gone. We’ve had two at most lately in our yard, although I did see eight at Government Hill yesterday. Presumably most of them are on their way to somewhere else in Alaska where they will breed. 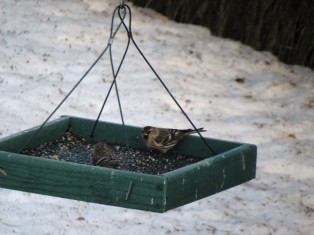 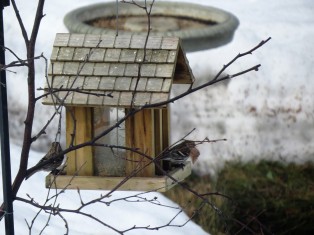 Our still very snowy yard has now become a regular stopping place for a 1-7 or sometimes more Mallards at what seem to be random times, anywhere from predawn to after dark and anywhere between. 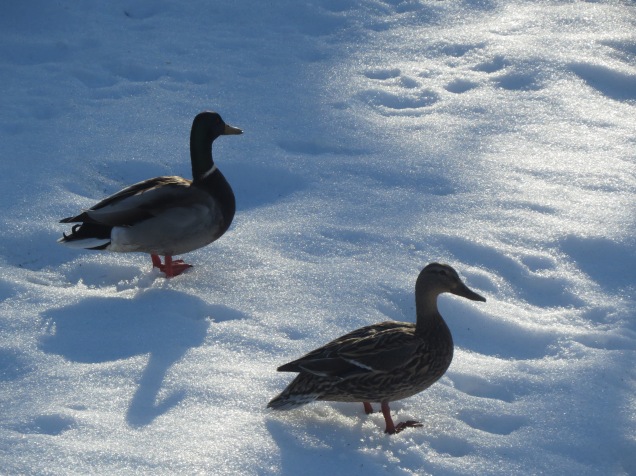 At Spenard Crossing, the water is flowing but there still is much ice. 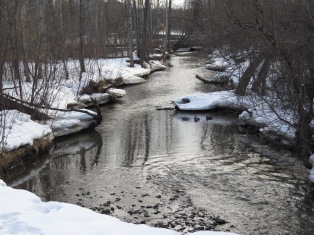 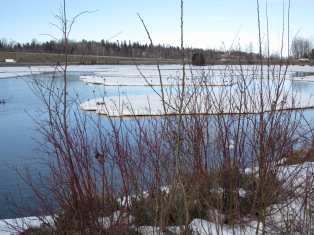 I only saw one Trumpeter Swan there, but there were ten Northern Pintails, as well as the numerous Mallards and Common Goldeneyes. 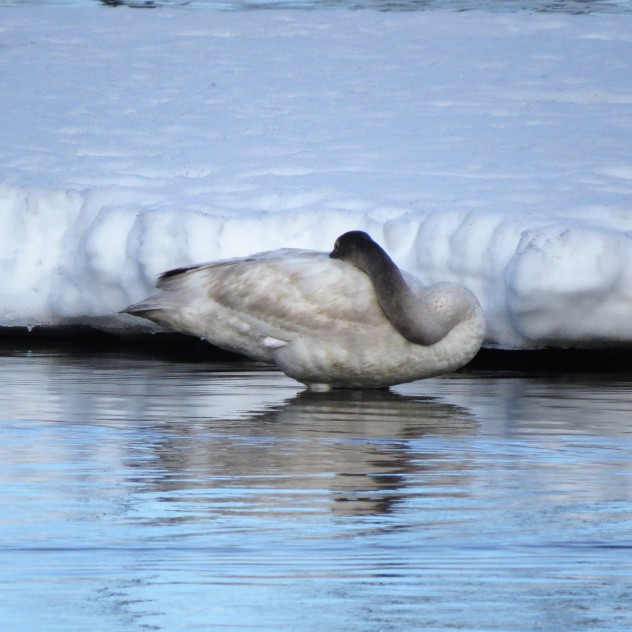 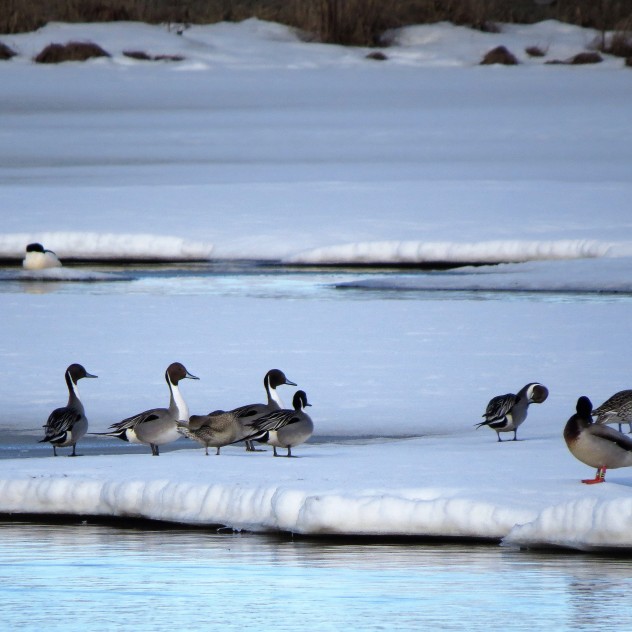 At Government Hill a mama moose and yearling walked straight at my car and then past it. If I had been sitting in the passenger seat I could have reached out the window and touched the two of them as they walked by intent on wherever they were going. 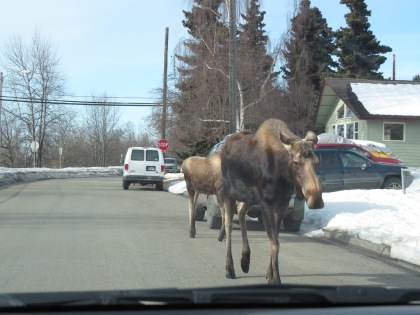 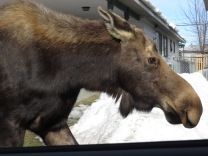 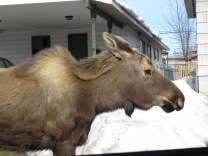