It was so very quiet at the Campbell Creek Estuary Natural Area today as I walked the trail with very light snow coming down and beginning to pile up on branches, grass, the ground, the tidal flats. Every now and then I could hear a distant dog bark or a car or a plane, but mostly it was quiet. Soon after I started on the trail a Black-billed Magpie called briefly and then a Common Raven and it was again silent. When I was about a third around the loop trail, I heard a flock of Common Redpolls overhead somewhere, then silence. On the woodland trail there were no sounds as I walked down the trail but when I returned back to the loop trail there were two fairly distant Pine Grosbeaks musically calling to each other off in the woods to the east of me, and then an unseen Northern Shrike sang for awhile, moving around from tree to tree apparently. As I neared the parking lot and my car, a couple of Black-capped Chickadees started talking to each other and I thought I might finally see a bird, but no, they were high up in some spruce trees, invisible. It was a very lovely walk even though no birds were visible. I love a gentle winter day! 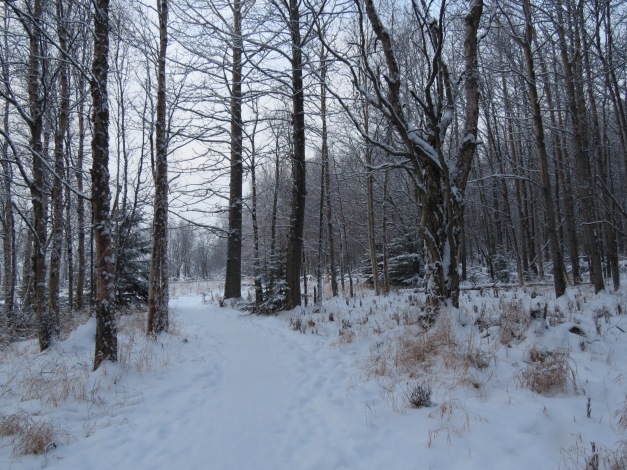 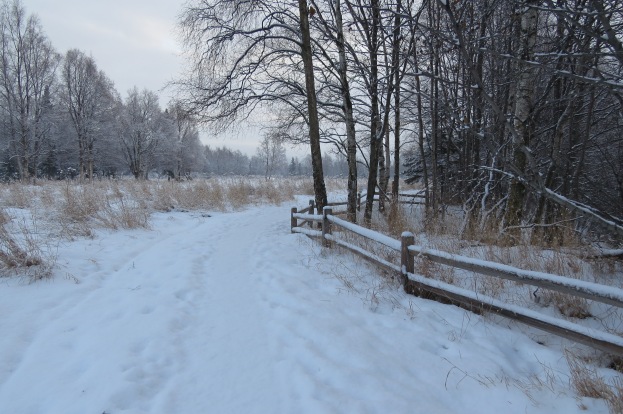 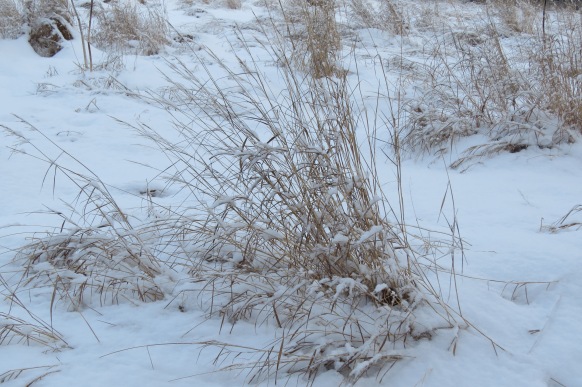 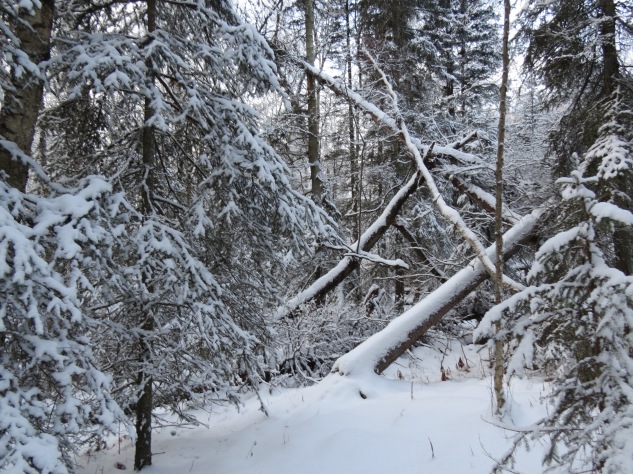 One thought on “December 27 – Birding by Ear”