I drove slowly through some Anchorage neighborhoods today. I was mainly looking for flocks – flocks of Bohemian Waxwings just because I love to watch them and flocks of American Robins because I was hoping that a stray non-robin thrush might be hiding among them. I did find both species but no strays. I also found Common Ravens and Black-billed Magpies of course.

It was a mild day today, mid-20s. Meltwater was accumulating on some of the ice. It was cloudy, with the sun was mostly shining on faraway locations and not where I was. It continues to be beautiful wintertime. 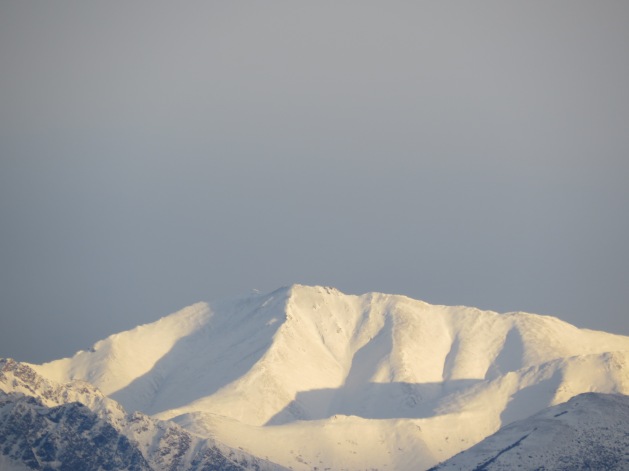