The sunrise this morning was a bit more subdued than yesterday, but beautiful too, and when I got to Potter Marsh, the light was beautiful on the water. 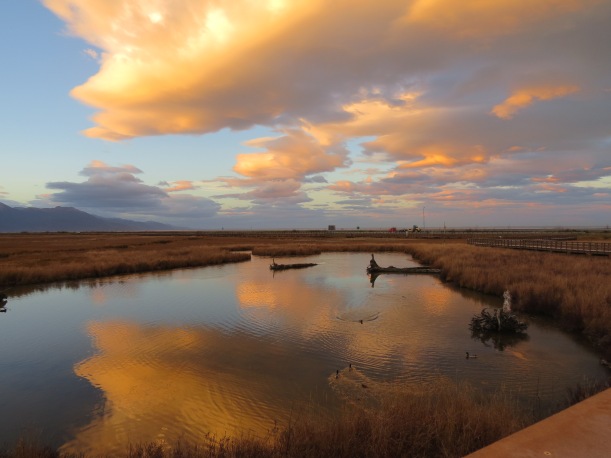 I arrived at the marsh quite early this morning to find the only other person there taking pictures of a most unusual (at least for me) phenomenon. There were three muskrats and five Mallards, and at any one time at least one of the muskrats was rapidly chasing the Mallards! The muskrat would race through the water, increasing speed until it neared a Mallard, which would fly and land again not too far away, and the muskrat would race off toward the Mallard again and repeat. I really don’t think muskrats eat Mallards, so were they just being territorial or were they playing or what? I have a few still pictures of that but I also took a video, which I will try to insert at the end of this blog. Weird. 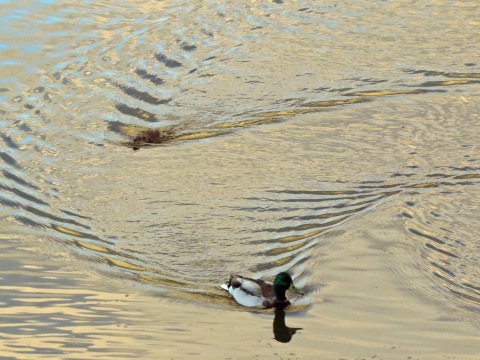 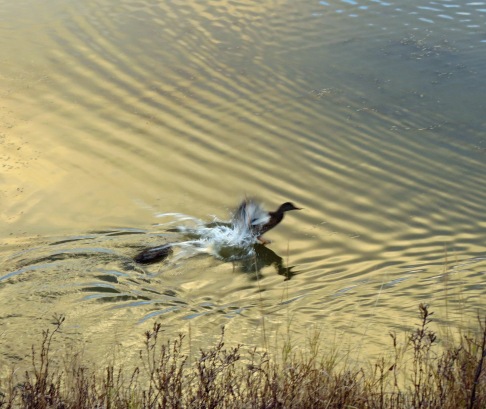 Other than that, I photographed the five Green-winged Teal and a Common Merganser, and also saw a couple of Black-billed Magpies and Common Redpolls.

And now for my first attempt at inserting a video in a blog post (24 seconds long):