Louann Feldmann and I went to the Goose Bay refuge where at least one male Wilson’s Phalarope had been reported. It was a beautiful morning but for about 2 of the 2.5 hours that we were there, all we saw were yellowlegs (both), Least, Western and Semipalmated Sandpipers, Sandhill Cranes (10), Bank Swallows and Alder Flycatchers (on the way out to the wetland). No phalarope. 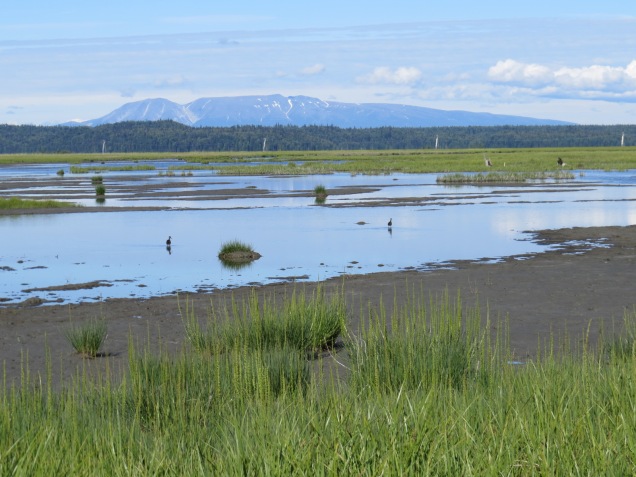 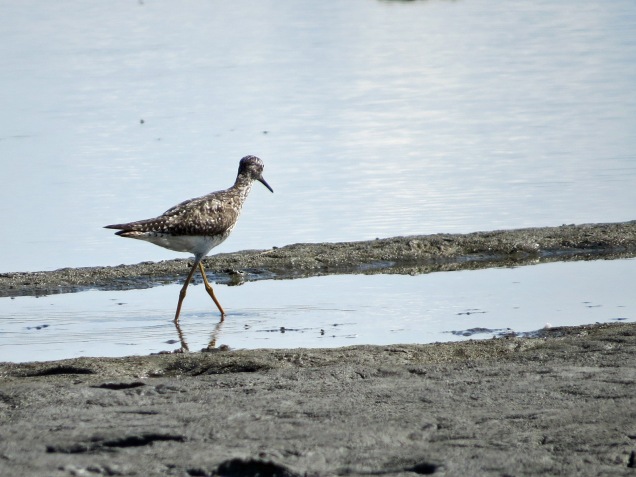 On our walk back to the car, suddenly a fatter, larger phalarope-like shorebird flew past us over the wetland and landed in the open water of the inlet. Excitement! Our first views showed a lot of white on its neck and did not allow a good look at its breast, which led us to our first (erroneous) identification of the bird. It must be a Wilson’s Phalarope, since there had been one reported, but ours was clearly a more colorful female. 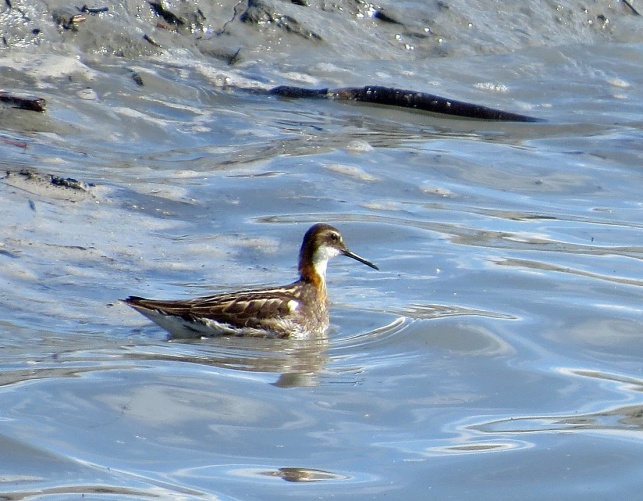 After we started reviewing our pictures, however, we realized that it really was a Red-necked Phalarope. Great disappointment, but as I am always saying, no one can stay a birder for long if they can’t get past being disappointed periodically. We realized that when we had seen it fly, there had not been a white rump, which should of given us a clue that we did not have a Wilson’s Phalarope. We are thinking of going back and looking again when we both are back in town, because the wetland is huge and a little Wilson’s Phalarope (or two) could easily hide there.

Meanwhile, I’m about packed for my flight to Homer tomorrow morning. A couple of us will bird there and then try to get to bed early because the ferry from Homer to Dutch Harbor leaves just after 4 am on Wednesday (6/29). I’ll try to post from the ferry but if that’s not possible will do a summary post after we reach land.