Yesterday I added more species (11) than I had imagined possible for me to add in Nome for the whole trip, and amazingly today I added three more species: SPECTACLED EIDER, SABINE’S GULL and SAY’S PHOEBE. The eider was seen early on on our drive up Council Road in a shallow pond area. 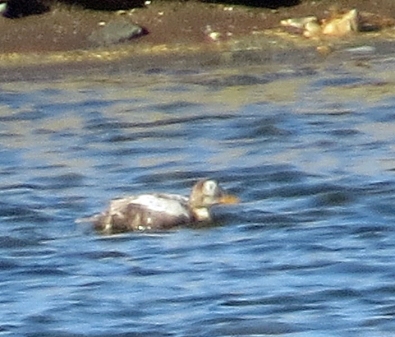 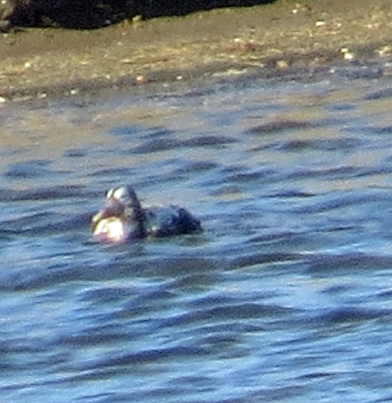 After we saw one Sabine’s Gull on a water’s edge (I think of Norton Sound), we saw two later with some loafing terns. 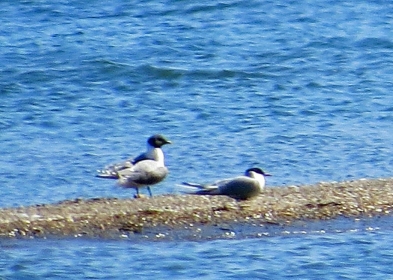 I was not able to photograph the Say’s Phoebe which was flitting around high on the cliffs above the nest of a Gyrfalcon. In the nest were one adult and two young (hidden in my picture) and above them was the other adult. 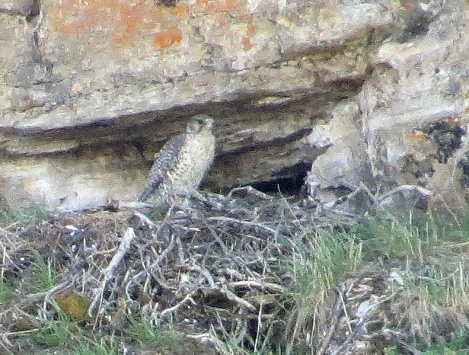 In addition to these and other more common Nome birds we saw about ten Short-eared Owls along our drive, some of which perched very close to the road. 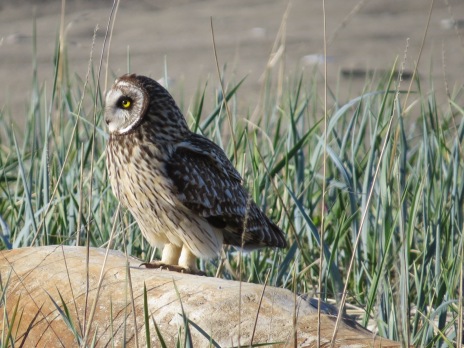 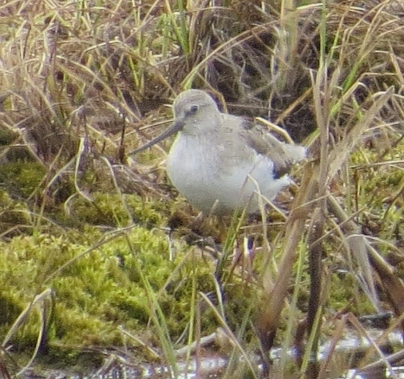 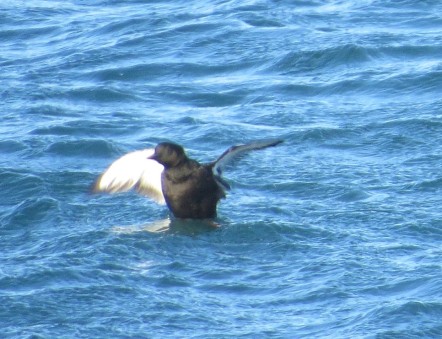 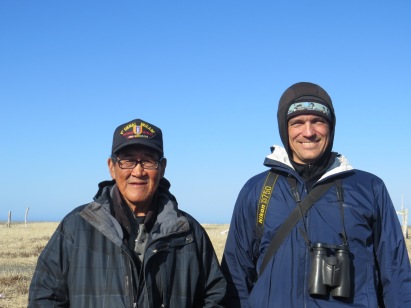 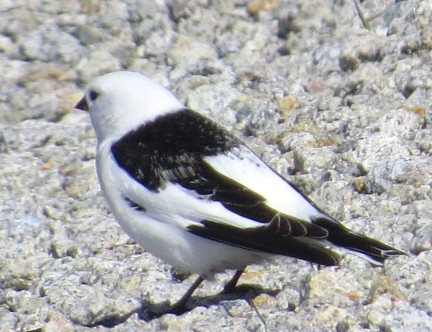 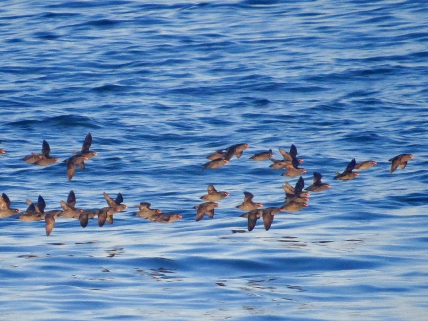 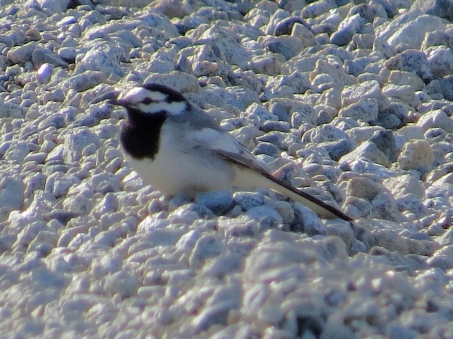 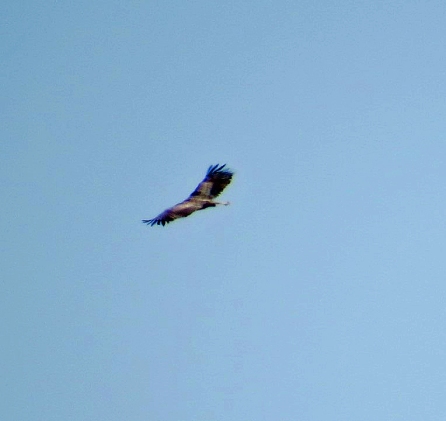