I was back on Buoy Avenue in the Kenai area this morning before dawn and stayed about 2.5 hours. It was a very foggy morning but in theory I could have seen a Great Gray Owl if it had flown within 50-100 feet of me. Shortly after I arrived for the owl hunt, I was joined by Toby and Laura Burke, and for a while by their daughter Grace and their dog. They and their children have seen the owl on and off for a couple of months but irregularly and not on a daily basis. This morning was not one of those days. We drove the road and walked through the spruce trees but did not find any owl 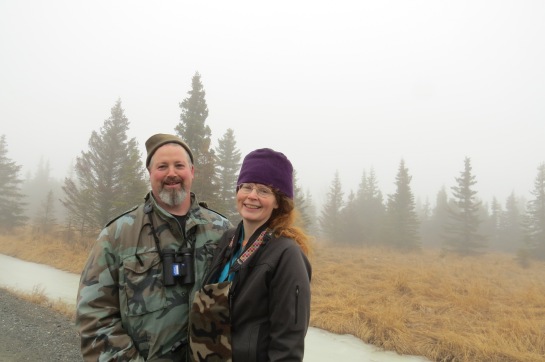 About 9:30, with the fog still there, I decided to leave and on my trip back to Anchorage check out some traditional Great Gray Owl sites that the Burkes told me about that are off the highway. I did check each of the three roads, all of which seemed to hold great potential for these owls, but it was still quite foggy along some of the route and I did not see any owls. At least I know areas to keep checking in the future. 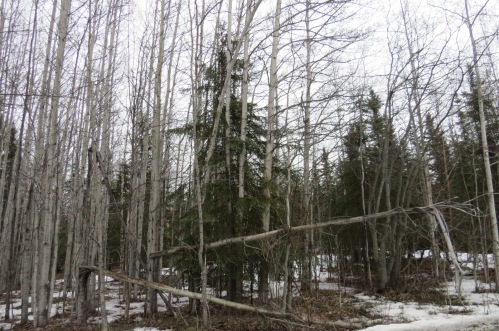 The trip back was beautiful as I left the fog. The mountains were decorated with what looked like newly blown snow and the sky was blue between the clouds with only a few raindrops and temperature above freezing. 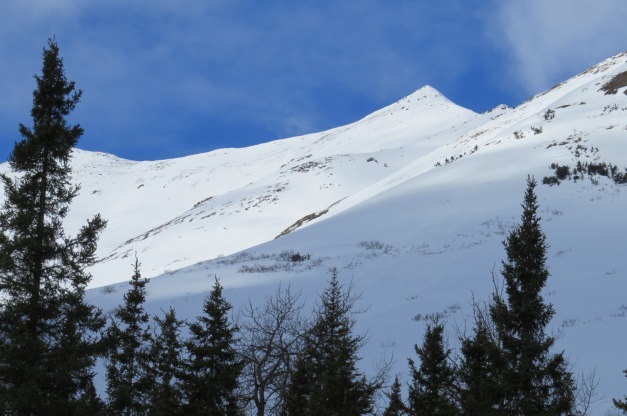 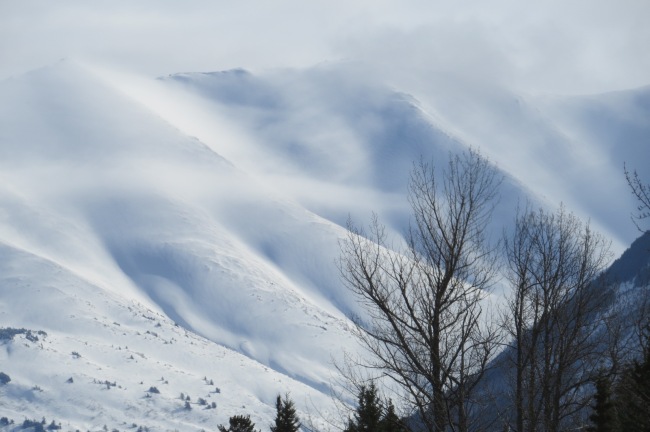 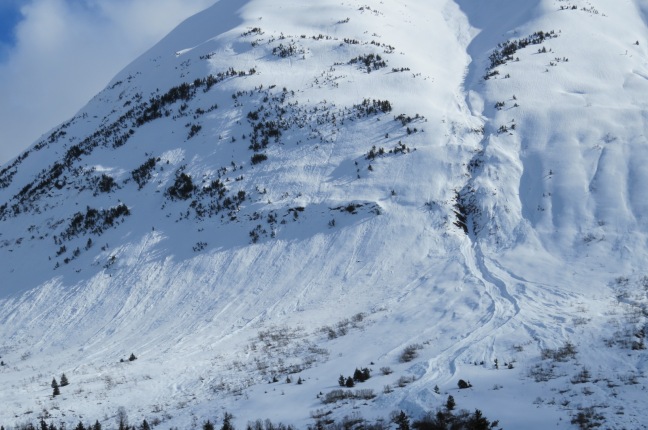 After I came down from Turnagain Pass I came to the area where there had been a swan gathering yesterday. The swans were fewer (I only saw 7 today) and were calmly preening today rather than interacting. 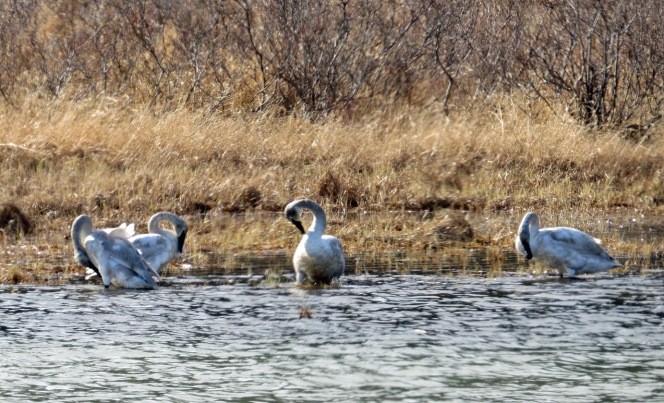 At Girdwood, where our team in the spring bird count last weekend could not find a single Northwestern Crow, today there were two of the crows cawing at each other. One of them appeared to be gathering dried grass near the gas station parking lot. 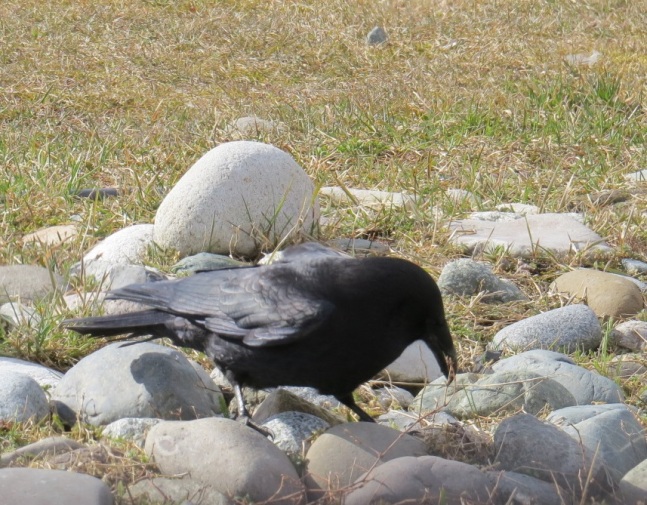 When I reached home the only yard birds were about 20 Common Redpolls, which as usual descended upon the yard and all its feeders at once. 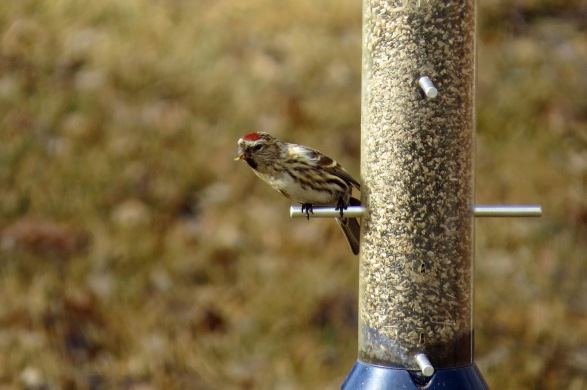 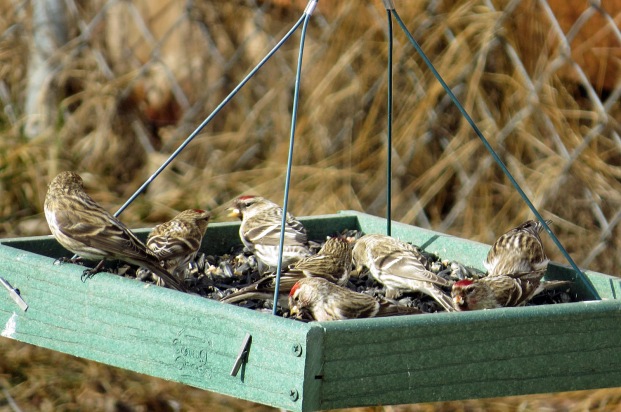 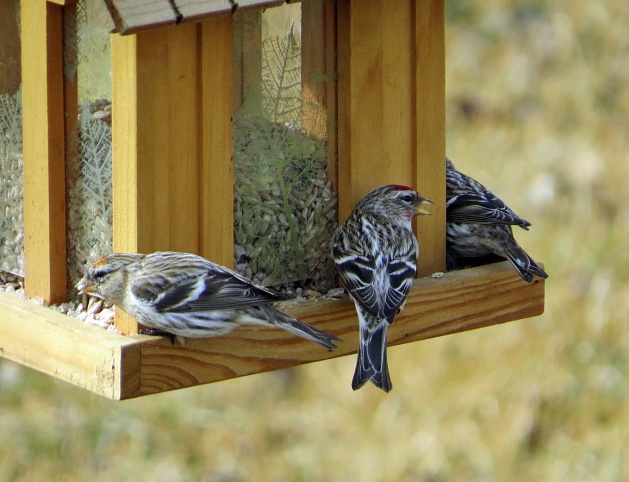