I drove to Kenai/Soldotna today, arriving about 2:30 pm after a pleasant though somewhat rainy drive. Although the roads were clear of snow and ice, the mountains were still wintery snowy. 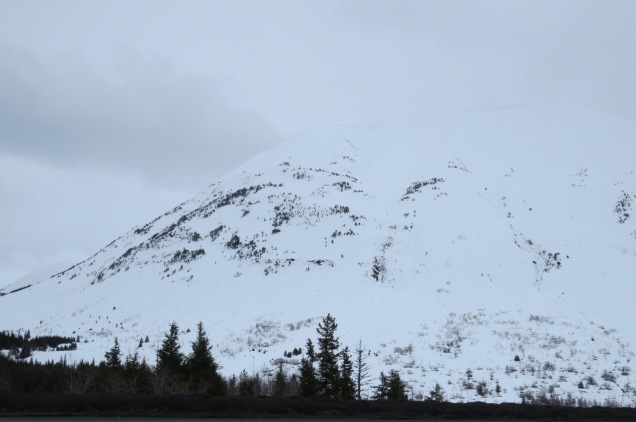 On the way, there were two Trumpeter Swans at Potter Marsh. After I saw a Bald Eagle posing for a picture, in the vast open water just past the road to Portage Glacier were two more Trumpeter Swans that were joined in rapid succession by 8 more swans. Each time new swans landed there was a noisy greeting ceremony, lots of wing-flapping, and eventually a tight little powwow as they all gathered together to talk things out. On the same lake were another four swans feeding peacefully. 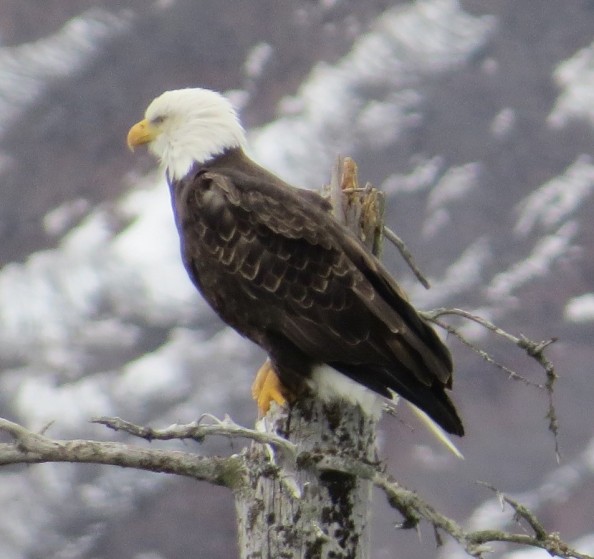 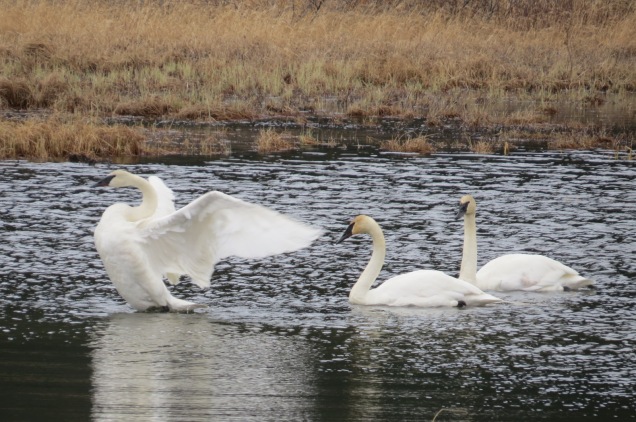 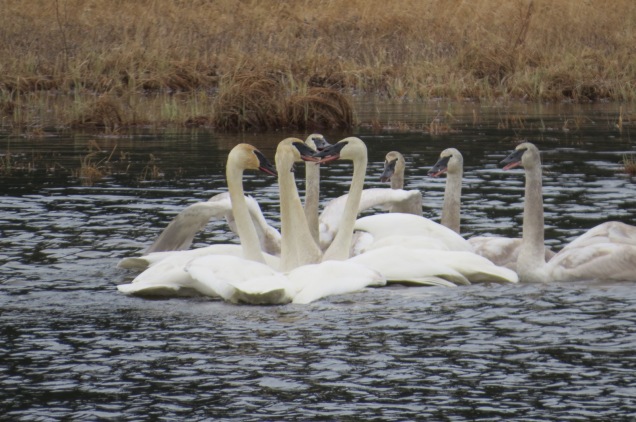 I figured that swans would be the main emphasis of my post today until I was driving toward the end of Cannery Road in Kenai at about 5 pm and was delighted to find my first SHORT-EARED OWL of the year. Although it was quite far away and it was quite cloudy out I was able to obtain a few pictures that at least showed I did indeed have a Short-eared Owl. 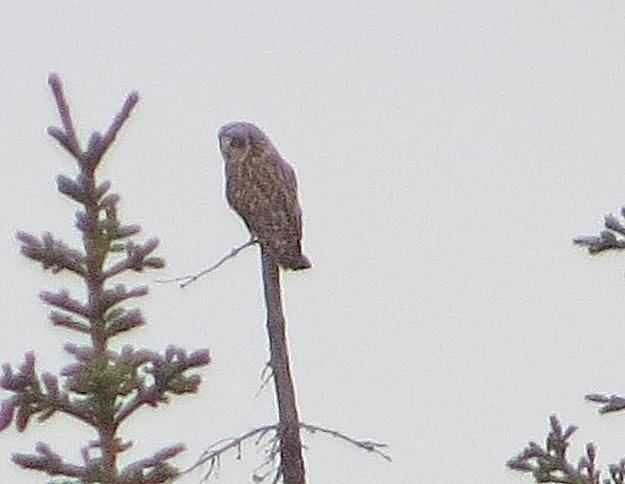 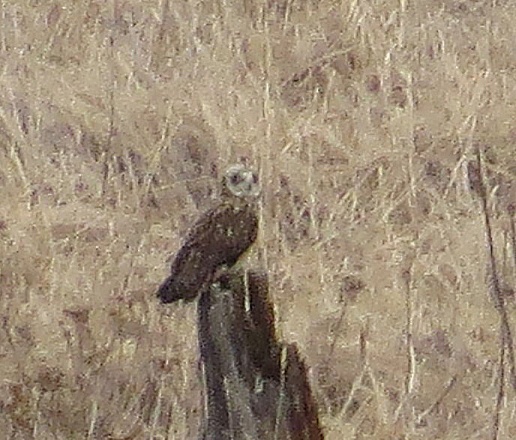 After that I spent about 5 hours driving back and forth and sitting in my car on Buoy Avenue where a Great Gray Owl has periodically been seen. Not tonight, however. I will be back there tomorrow morning.