Today was a beautiful day with no rain. Although I did enjoy birding in the rain yesterday, the blue skies today  were very welcome and I did not miss the rain. 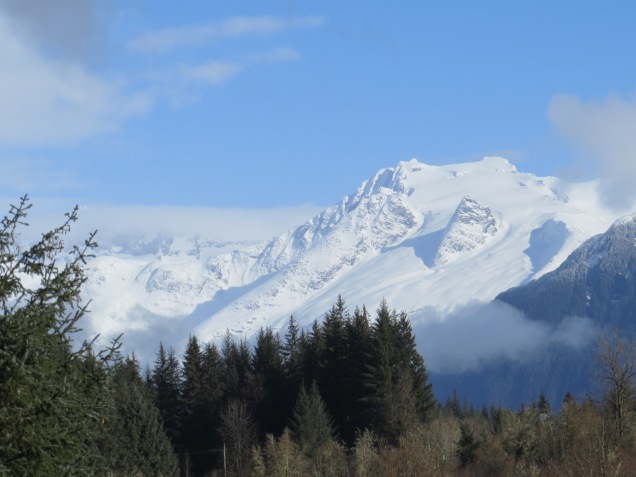 Because my Snow Goose pictures yesterday were so distant and unclear, I received a number of questions as to the goose’s identity. I was pretty sure there was only one white goose around, a previously confirmed Snow Goose, but maybe there were two? So, I went back today, hoping the goose would be closer. It was, so I took more pictures of the Snow Goose. I also scanned the distant marsh to be sure there were no other white geese around, none of which I found.

I next went to the Twin Lakes via a quick stop at the marsh next to Juneau Pioneers’ Home, where there were many Mallards and a hunting Great Blue Heron.

At Twin Lakes I was mainly seeking a Lesser Scaup. Birders in Juneau had told me I should find them there. The nine scaup that I saw were very far out and seemed to be all Greater. There were also many Buffleheads on the lakes. I went back in the late afternoon, after I had found my first LESSER SCAUP earlier in the afternoon near the end of the dike trail at the Mendenhall Wetlands (n0 photo), and I could tell that there was at least one Lesser Scaup at the lakes. I watched the seven scaup that were there in the afternoon for over an hour, changing my mind every few sec0nds as t0 how many of each scaup there were. They were constantly diving so it was hard to keep track of them, but at least one had the somewhat “squarer” head and smaller beak and was smaller than the others. As with the Snow Goose, the angle of the bird’s head kept being a problem, and the photos do not really help. 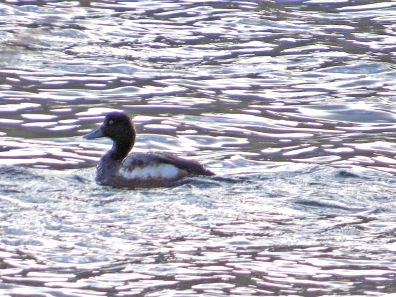 I also visited the Community Garden and Brotherhood Bridge. At the latter area, there were numerous Common Ravens and Bald Eagles soaring overhead, probably enjoying the sunny day. 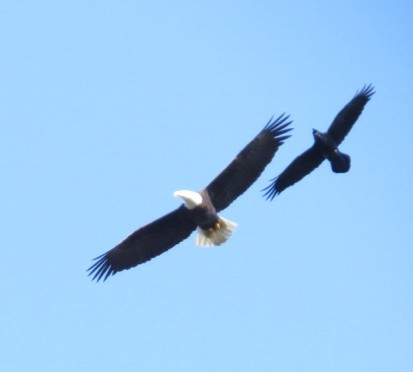 [Note: this post was published on March 1, because I had trouble getting a good signal at the Juneau airport while I was waiting for my flight back to Anchorage, where I now am.]