I’m finally getting back to writing about my most recent Nome trip. I’m blaming the delay on the everyday (today is the third day in a row) moose activity around here in Anchorage, which is so distracting.

On my third full day in Nome, I drove to Council, my second trip there ever. Scenes from the first 50 or so miles, along the ocean and to and along Safety Sound, follow. 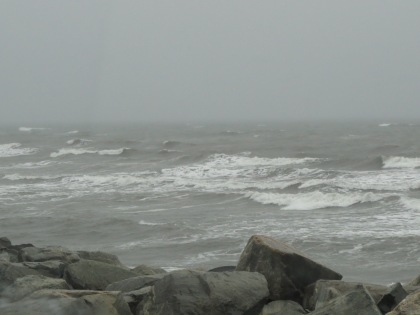 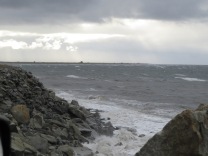 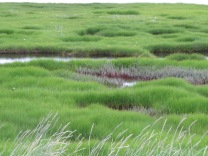 After Safety Sound the road heads away from the ocean upward and then downward to the village of Council, for a total of about 72 miles. 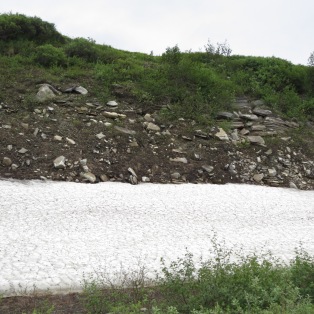 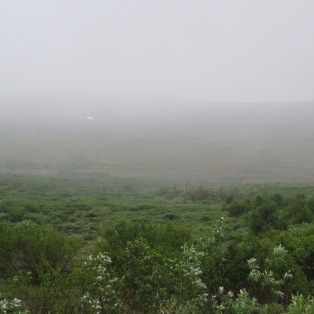 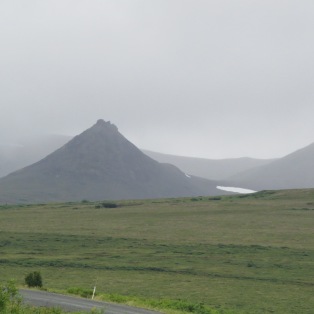 Highlights between Safety Sound and Council included a very obliging Say’s Phoebe on the sign at the bridge over the East Fork of the Solomon River.

Nearer to Council, in the same area as on my last trip, a Whimbrel was not happy with my passing through its territory. 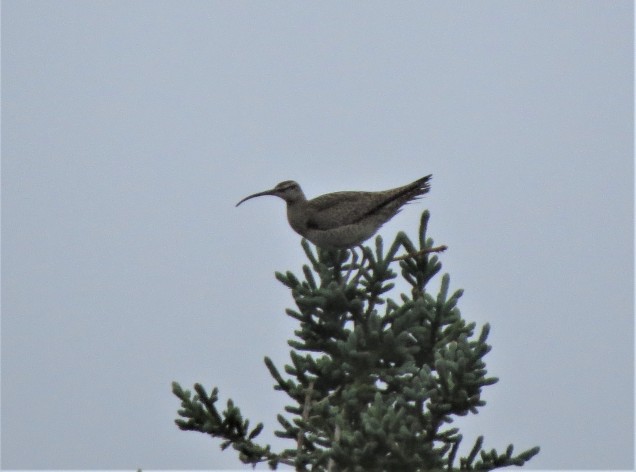 Council is the only area on the roads around Nome where there are extensive stands of trees, including many spruce trees. I had heard about this, and had pictured deep forests near the road; however, they are mostly quite spread out and not thick near the road. Bird species that inhabit wooded areas are more likely near Council but are unusual in the rest of the Nome area. 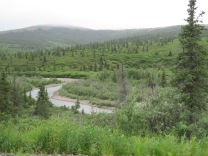 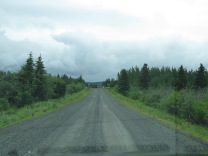 Both on the way to Council and the way back, Yellow Wagtails around Solomon were noticeable by their constant scolding. 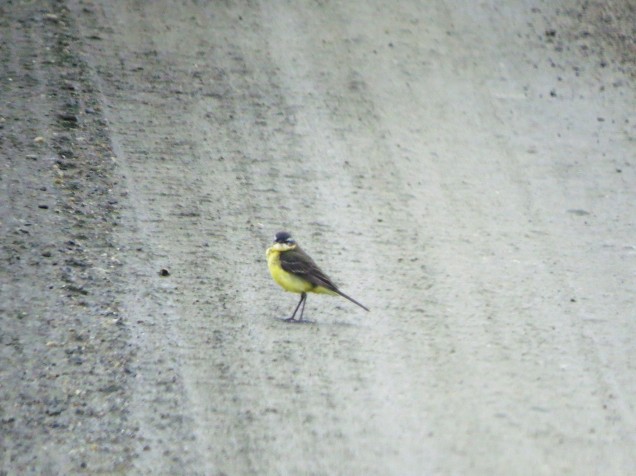 The highlight of the day, however, occurred in late afternoon about 3 miles outside of Nome, near the end of my Council Road trip. I almost missed it, thinking my birding trip was about over and not paying attention to my surroundings. Suddenly I noticed an unmistakable shearwater flying along the shore and the road, and very close, maybe 50 feet from the shore. It was flying toward me, and then past as I began to slam on my brakes to check it out. Before I had time to believe what I had just seen, another shearwater coasted by. I came to a screeching halt, did a turnaround with my truck, and raced back toward where I had just been and where the shearwaters had gone. I kept going past them, and came to another screeching halt, hoping to photograph them as they came by me, but I missed them. So I again raced down the road, past them, and rapidly got out of the truck. One of them had apparently veered off and was no longer visible, but the other one did an abrupt turn as I watched and landed about 100 feet out on the water. I got a quick photo of it in flight and then many of it on the water. It turns out others had seen them too, and we all independently determined them to be Short-tailed Shearwaters by the shape of bill and head, and  range (others also noted the under-wings). These were definitely unexpected rarities for Nome, usually found way out in the ocean and not near the mainland, but we had had wind and rain the night before that probably brought them in (note waves in morning pictures above). They were clearly the rarest birds of the whole trip.