Wintertime birding in our yard, where the recent snow has disappeared, has pretty much settled down to Mallards, Hairy (photo) and Downy Woodpeckers, Steller’s Jays, Black-billed Magpies, Black-capped and Boreal Chickadees, Red-breasted Nuthatches and Pine Grosbeaks. Rarely there is a Common Raven flying by. Even though it’s mostly the same species each day, something interesting/unusual usually occurs each day as the birds check out the various feeders and interact a bit. And no matter how many times I see Pine Grosbeaks in the yard, their beauty always seems new and never ceases to amaze me. Some of my recent yard photos follow: 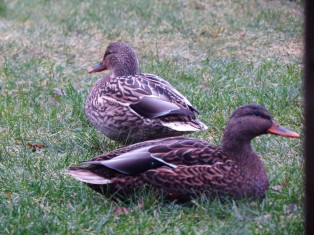 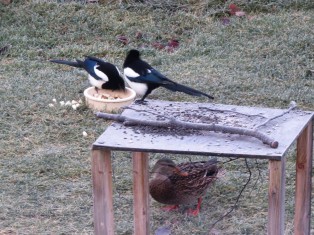 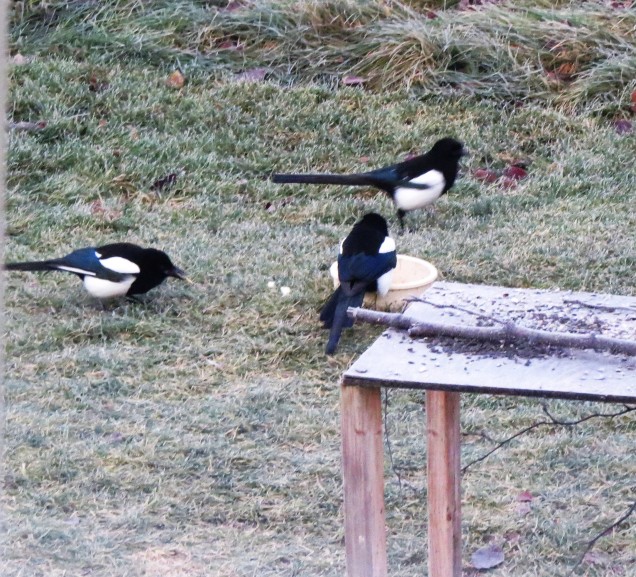 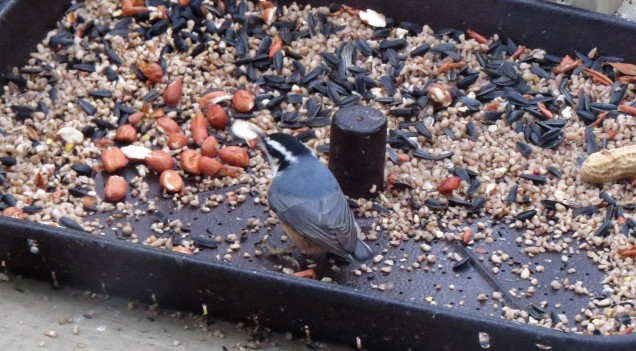 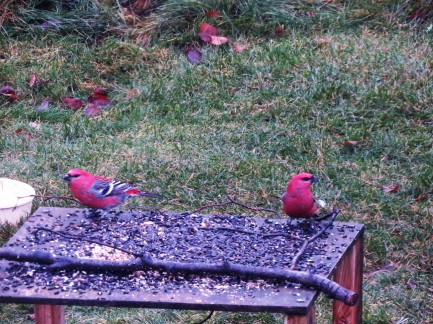 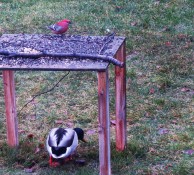 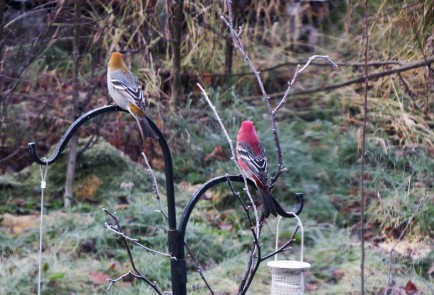 The newest thing today was a little dispute between a Mallard and a couple of Black-billed Magpies, the tail-end of which I caught in a video:

This morning before I went birding I once again found that we had another beautiful sunrise (without seeing the sun): 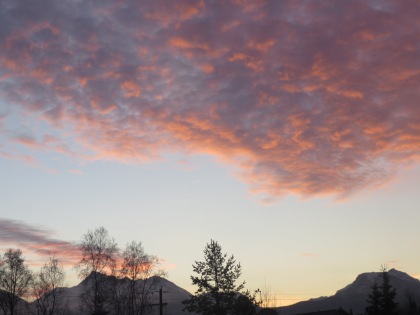 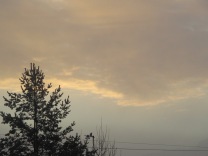 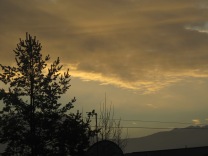 After that I checked out Lakes Spenard and Hood and found out that they were still completely open because we’ve mostly had above-freezing temperatures during the days and sometimes at night lately. I understand that will change soon. Out at the lakes were mostly Common Goldeneyes (mostly distant), a single possible Barrow’s Goldeneye (I believe), Greater Scaup (no photo), Buffleheads, a few Mallards and a single Green-winged Teal. 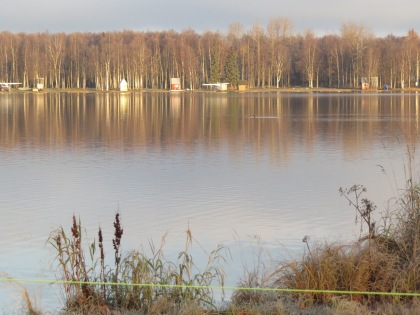 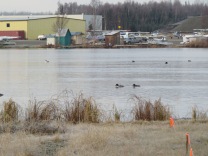 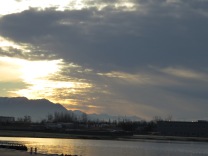 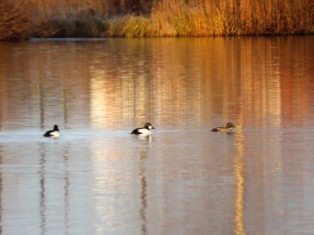 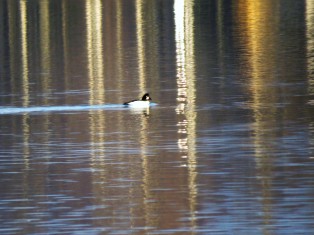 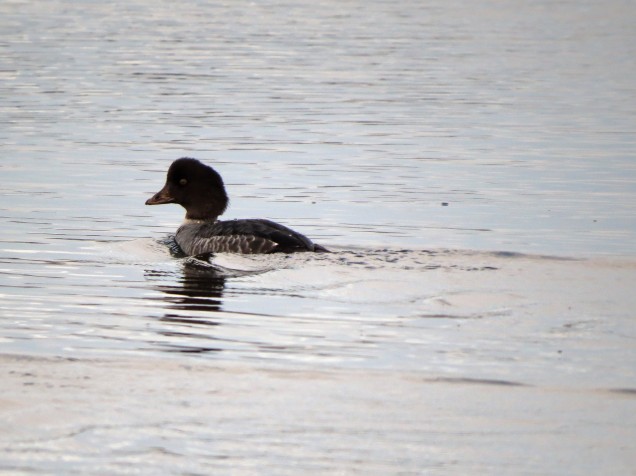 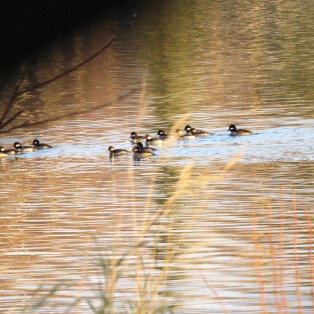 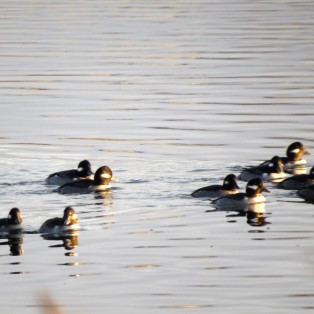 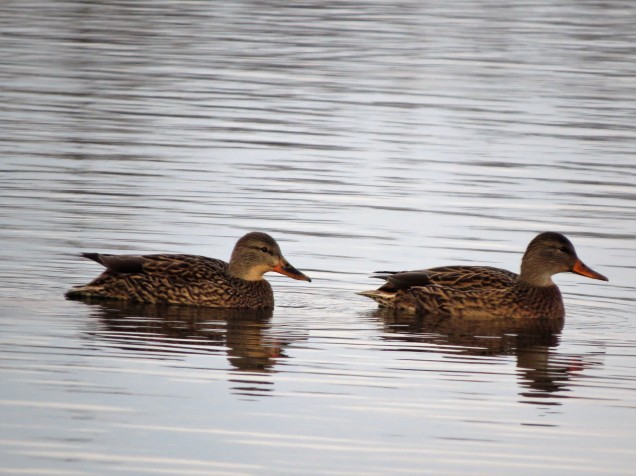 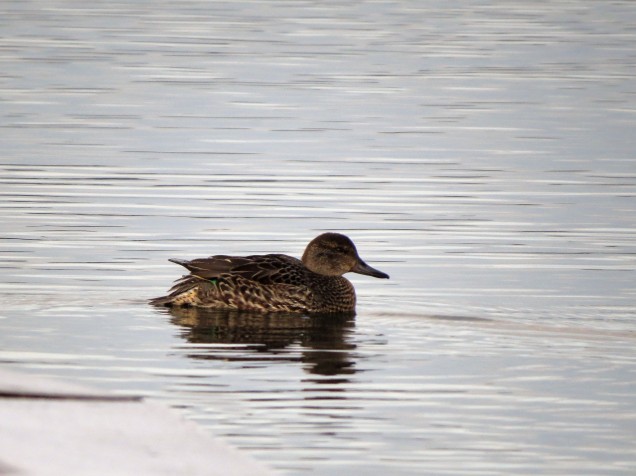 Out past the airport, the only bird I saw was a Northern Shrike, the first I’ve seen this fall. 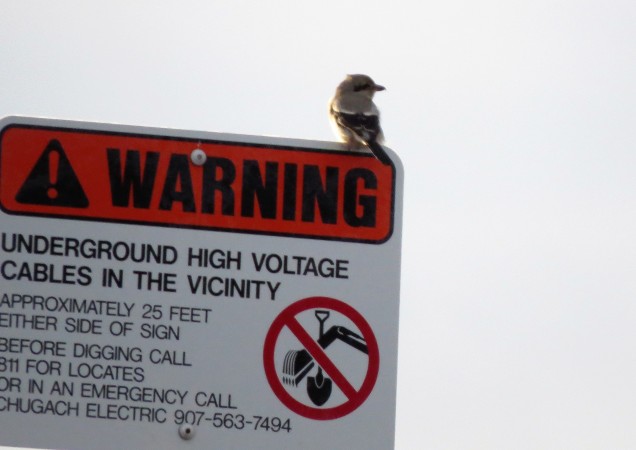 The view of Anchorage from out towards the airport, another sight that is both old and always new, showed downtown buildings in front of the low clouds/fog and below the increasingly snow-covered mountains: 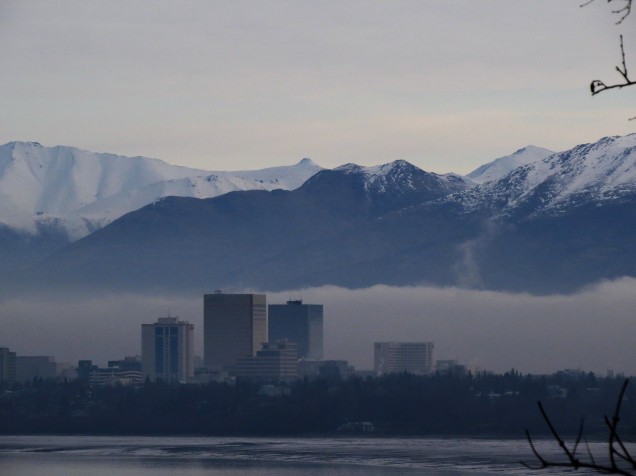