This morning our thermometer showed it to be 20 degrees at our house. As has been the case for the last few days, the skies were mostly clear and there was a thin layer of frost on everything. Out at Potter Marsh, the water was starting to freeze over (see line across water below). 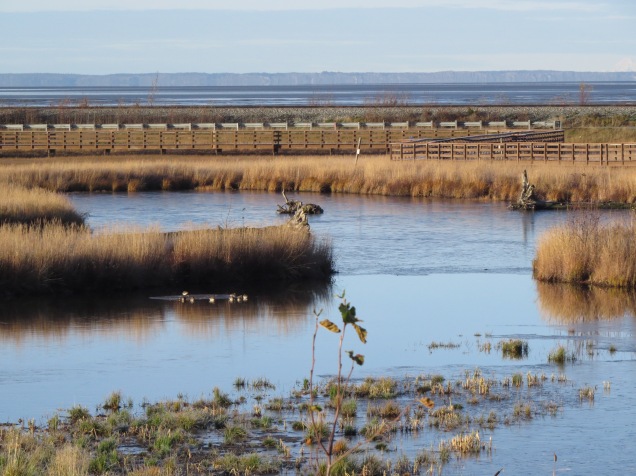 From the boardwalk, I could see small group of dozing Green-winged Teal and a Mallard in one of the open water areas, and Common Ravens and Black-billed Magpies flying by. 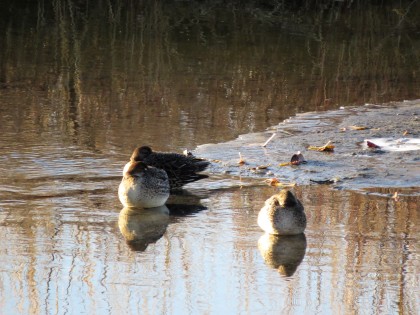 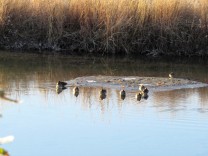 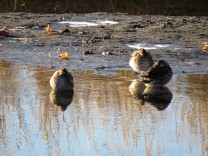 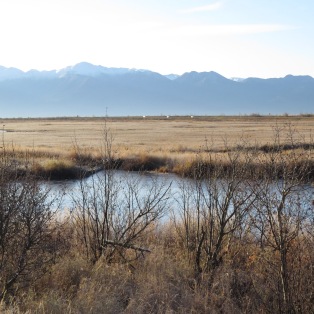 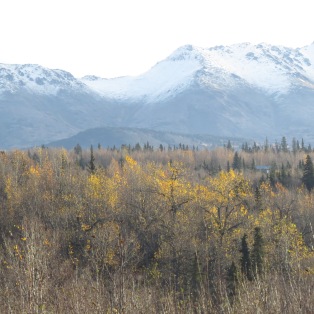 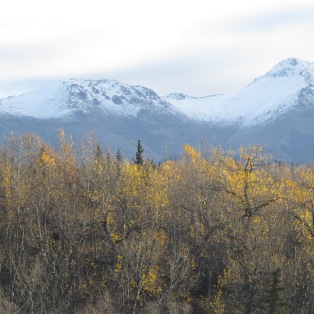 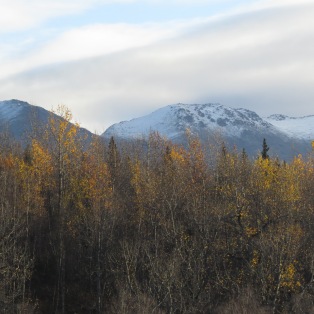 When I drove the road along the marsh, I found that there were still two Trumpeter Swans there, a sleeping white adult and a gray-brown non-adult swimming slowly nearby. The young one called a few times, confirming the identification, but the adult never lifted its head from under its wing. 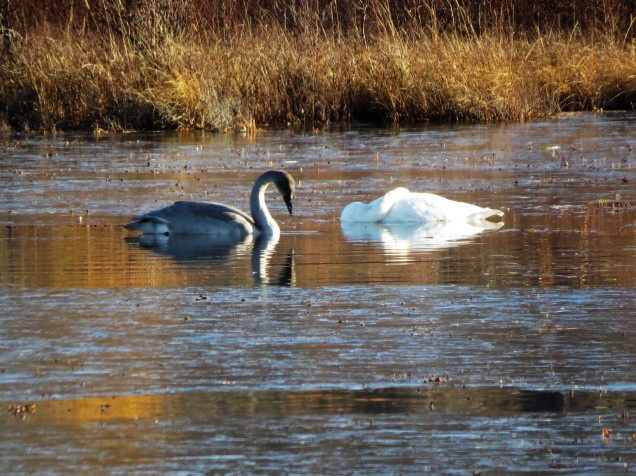 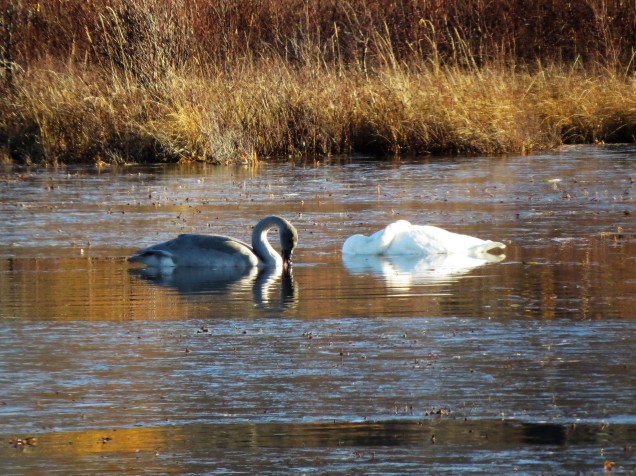 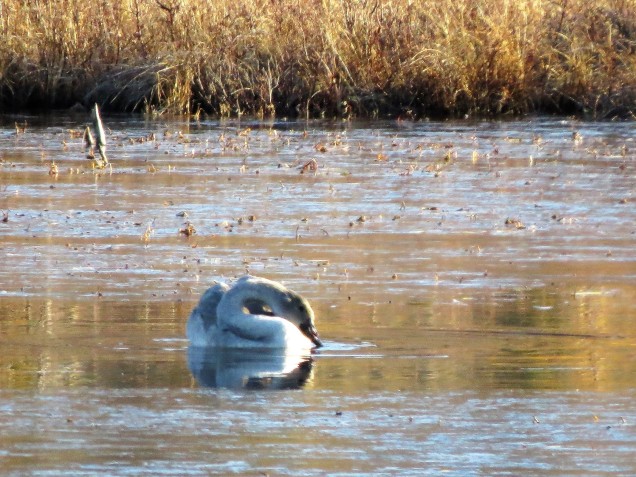 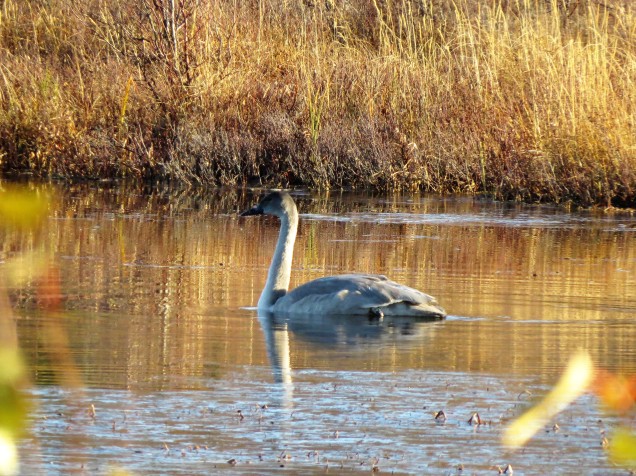 There also were over 60 Mallards and a few American Wigeon spread out in the open areas. 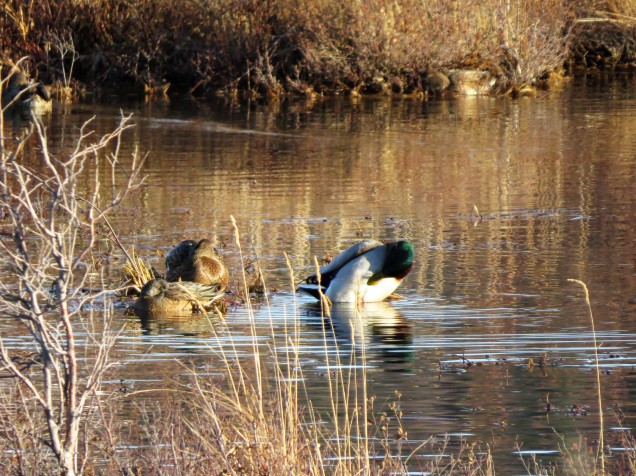 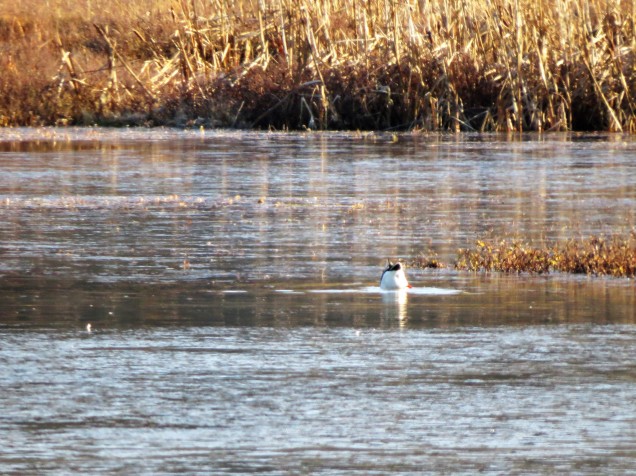 Finally, I drove the Old Seward Highway behind the marsh, where the only birds I found were two Black-capped Chickadees and a perched Bald Eagle.