A couple of days ago I went to a few of my favorite Anchorage sites to see if there were any remaining migrants. Almost all of the deciduous trees were bare of their leaves, and for much of the time gray clouds obscured many mountain tops – it is fall. 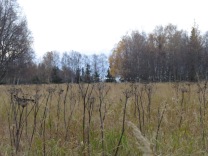 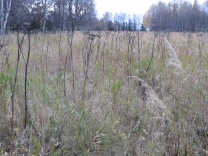 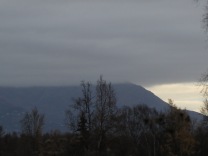 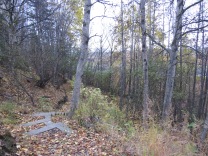 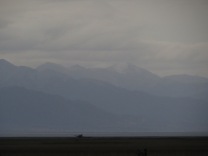 Most bird species were quite low in numbers, but there were some birds around. At Campbell Creek Estuary Natural Area, there were just one or a couple of each species: Mallards (probably more in the distant mudflats that I could not see), Red-breasted Nuthatch, Boreal and Black-capped Chickadee, Black-billed Magpie, and Glaucous-winged Gull. There were, however, many (estimate 300) Canada Geese on the flats and flying around and honking noisily. 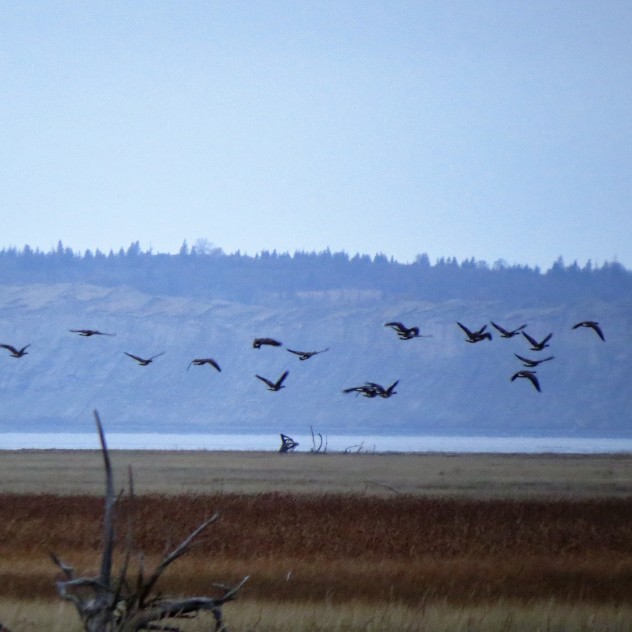 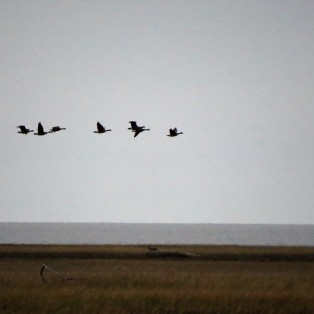 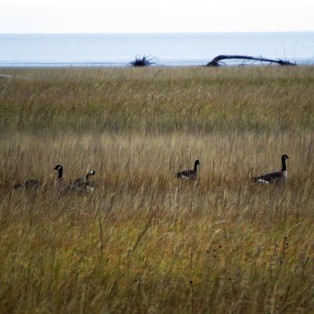 At Jewel Lake and at Lakes Hood and Spenard were a number of duck species: Common Merganser, Common (many) and Barrow’s Goldeneye (few), Bufflehead (seven at the airport lakes), and Mallard (just a few). 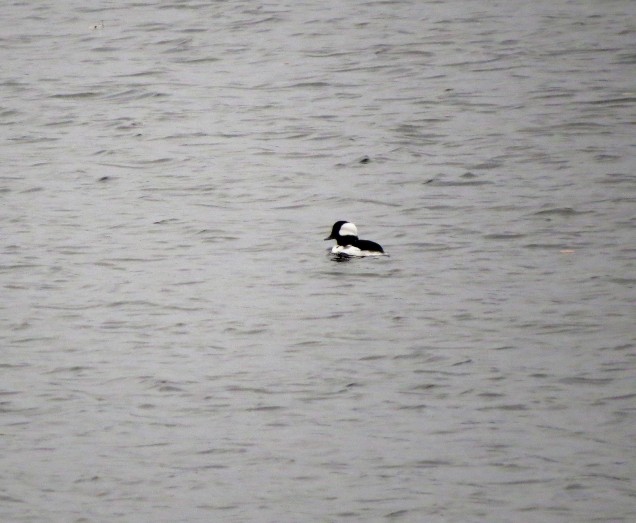 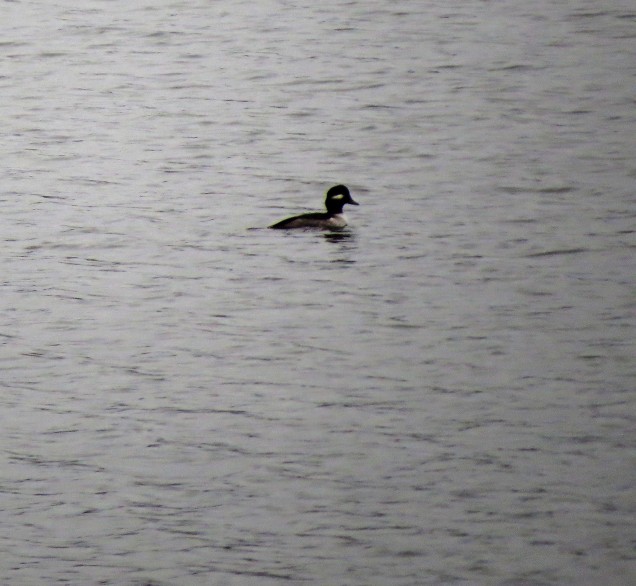 I headed downtown, planning to quit birding for the day, but as I drove north on Minnesota Drive, I saw that there were swans at Spenard Crossing. I rarely can resist swans, so on my way back south, I stopped to look at them, as well as the few gulls (Mew, Glaucous-winged), Gadwalls, a few gulls, Buffleheads, and Common Mergansers and Goldeneyes at the lake, and the usual begging Mallards in the parking lot as well as others on the lake. 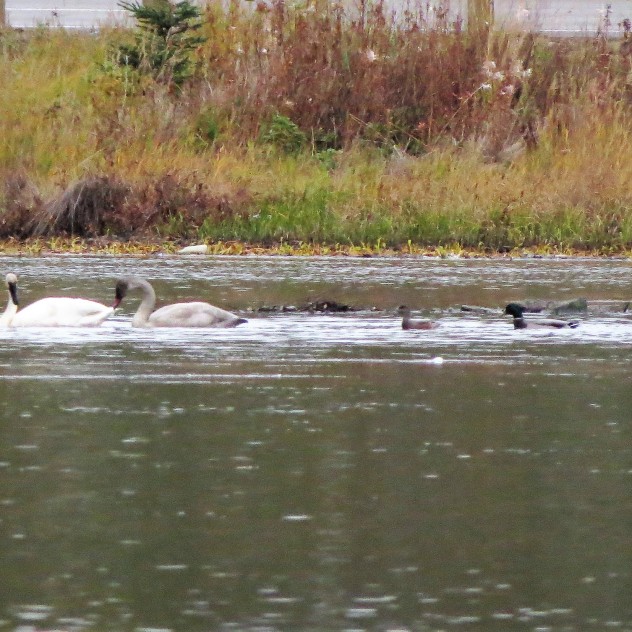 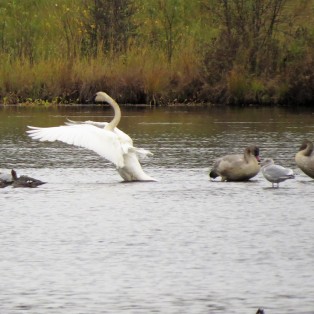 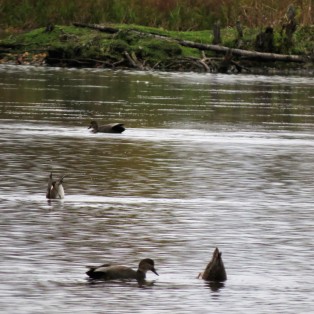 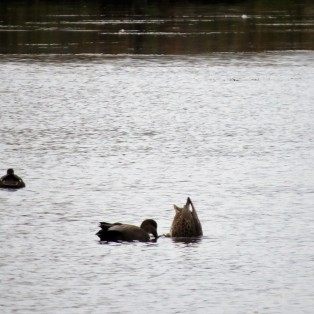 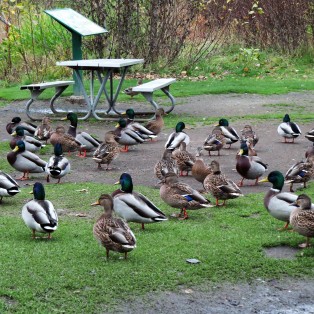 Since then, my begging Steller’s Jays have kept me amused out the back door, and out our front door, the snow on the mountains has been steadily increasing. It may still be fall for a while on the calendar, but real winter is not far away. 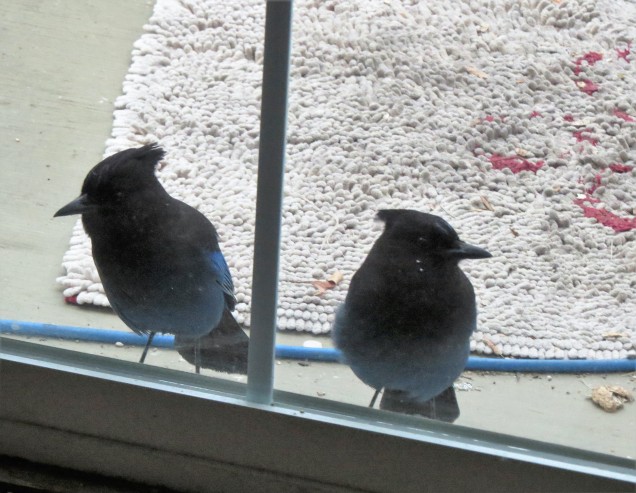 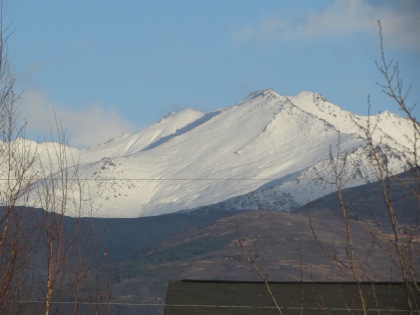 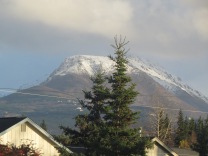 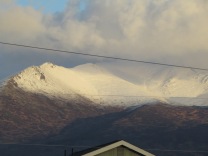