This morning I looked out the back window and saw a half-grown moose in our neighbors’ back yard, eating their flowers. 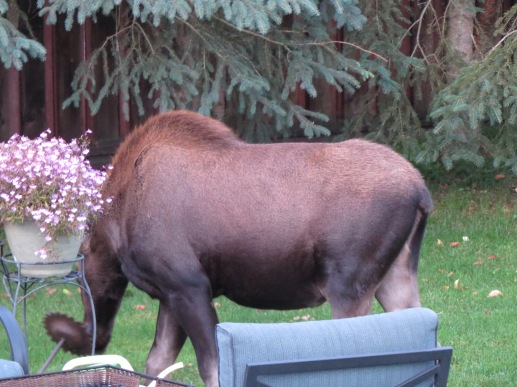 As I began taking a photo, I heard my phone ringing (quacking) and went back in to answer it. It was our neighbor telling me we had a moose in our own back yard and that there was a second young one behind our fence in another neighbor’s back yard! He was right. The mama moose was mostly hidden in the little “forest” I am allowing to grow back there, ripping off whole branches and munching leaves. So it got a little unintended random pruning. 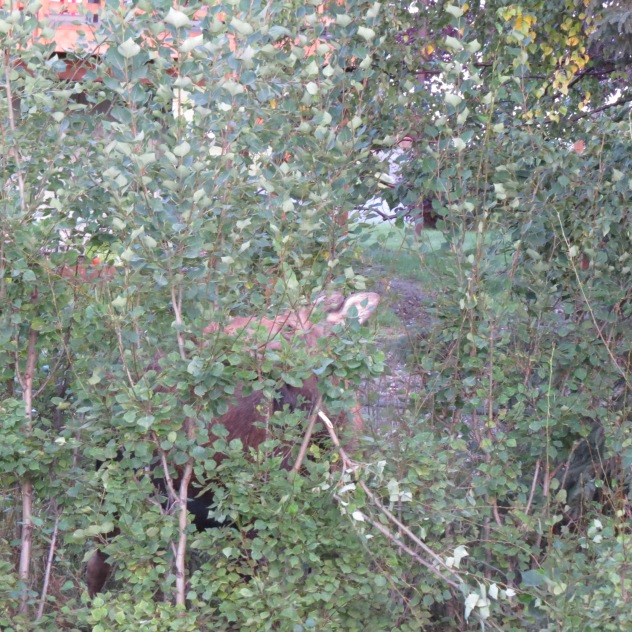 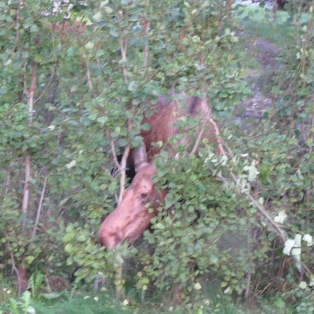 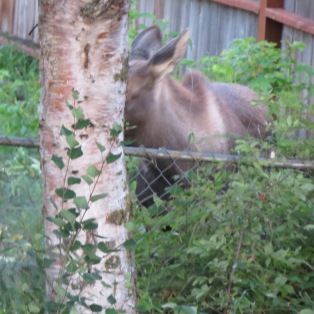 As I watched, the mama gradually showed herself, munching nonstop.

Eventually she walked toward me (I was standing on our second floor porch) and poked her head over the side gate and nuzzled the first young one that had come around our house. 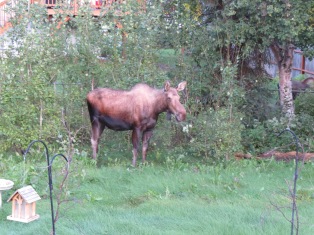 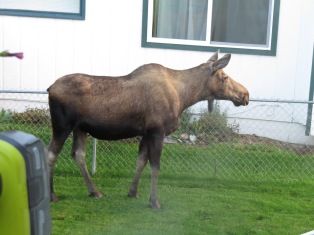 Mother and the first young one went out of sight beside our house while the second young one stayed way back behind our house. I looked out toward the front of our house and saw the mama and one young one walk across the street and stand awhile on a neighbor’s porch area. Soon after, all three moose were eating on the neighbor’s tree and bushes. 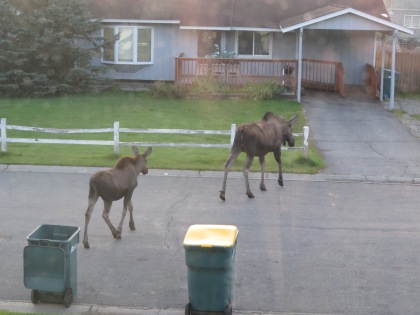 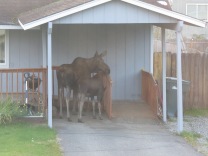 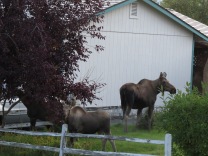 People by then were leaving for work and the mama started looking a bit tense. She headed off to the right where school kids were lined up on the corner for the bus. I heard them shriek and run up that street. The moose continued to trot toward them, the bus arrived to pick up the kids, and all were gone. 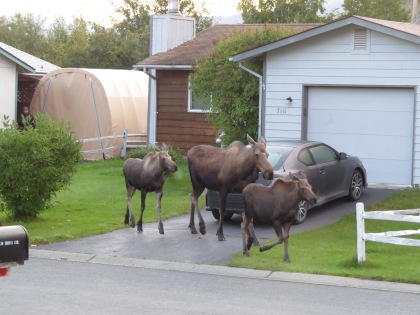 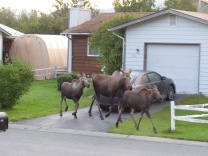 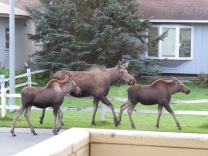 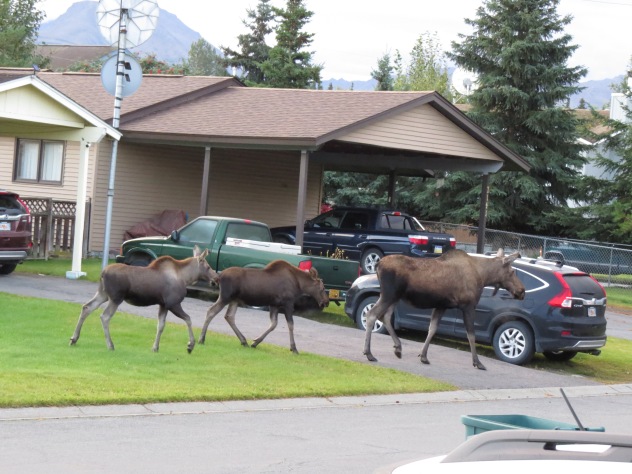