This morning I first went to Lakes Spenard and Hood. Bonaparte’s Gulls were eating on the water at Lake Spenard. 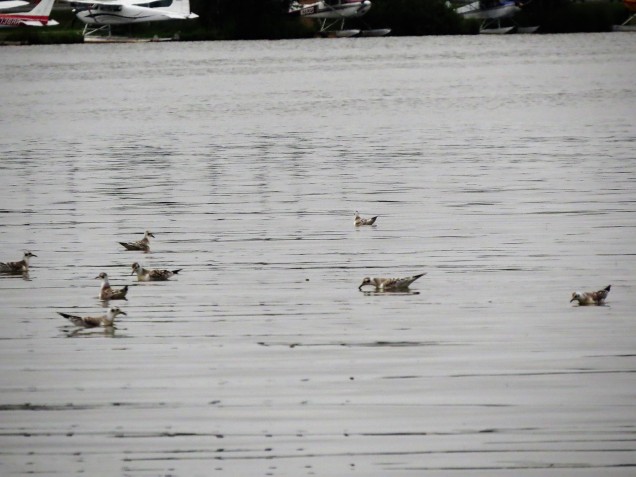 Farther down the road at Lake Hood, the Red-throated Loon was sleeping and did not appear interested in me, so I left. When I came back past the lakes I stopped again because the loon was much closer to shore. When I walked to the shore, the loon swam rapidly toward me. When it got about 5 feet away, it turned around and went back out again, apparently to go back to sleep. If you listen closely to the video, you might hear me greeting the loon in sort of baby talk as it got close. 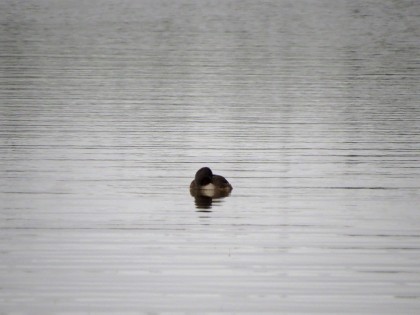 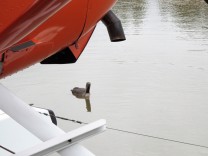 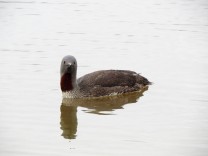 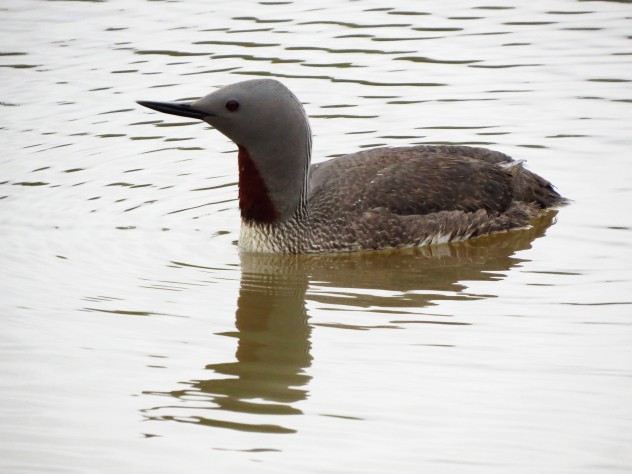 On the south side of the lakes, I could only find one of the Horned Grebes, with many scaup and goldeneyes (not shown). 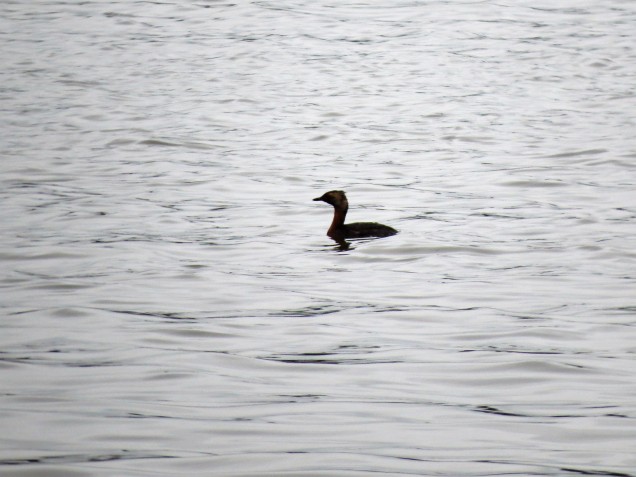 I then went to Westchester Lagoon. There were many Red-necked Grebes there, some of which were feeding half-grown young, others sleeping and one that seemed to be still trying to nest on what looks like floating vegetation in an area where people canoe. Probably not a good idea, especially this late in the summer. I also got a series of shots as one of the grebes dove. 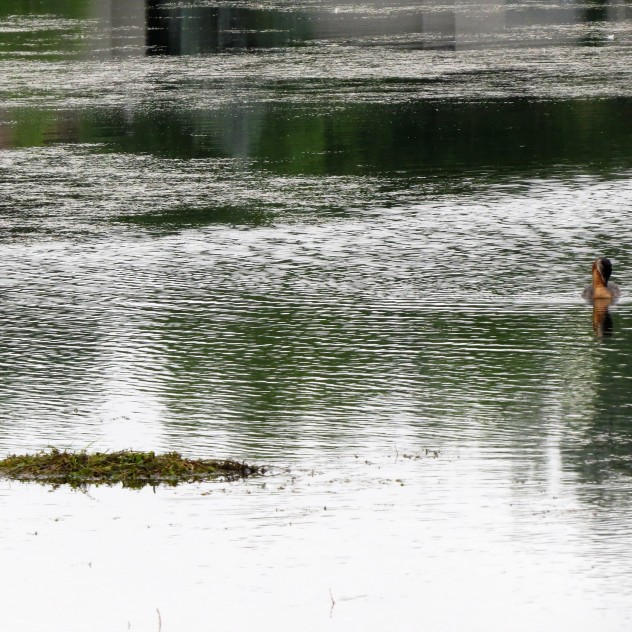 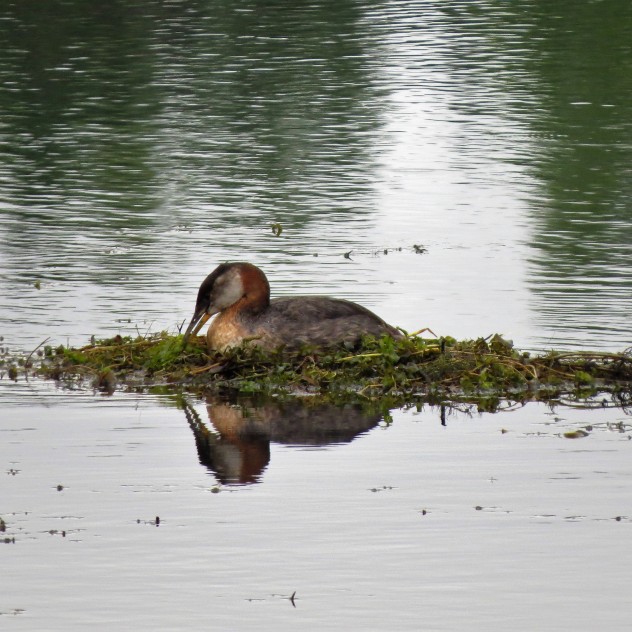 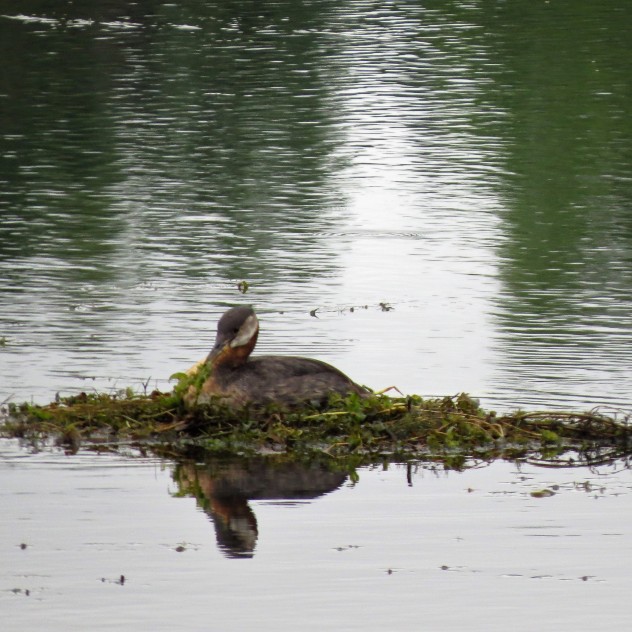 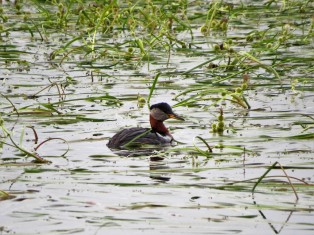 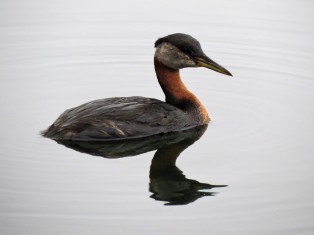 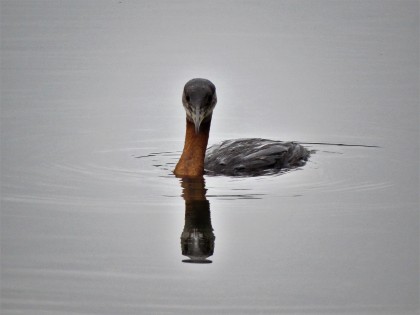 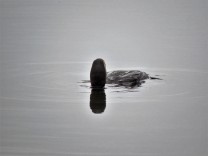 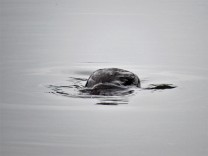 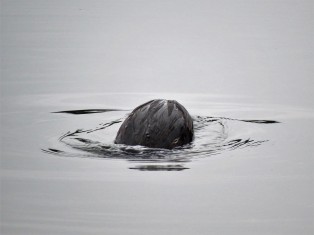 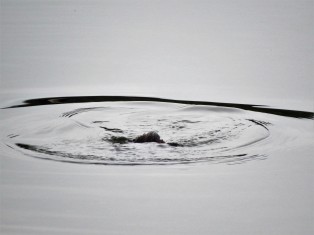 At the pond between the Lagoon and the inlet, dowitchers and yellowlegs were also sleeping, and a Northern Pintail was periodically up-ending. 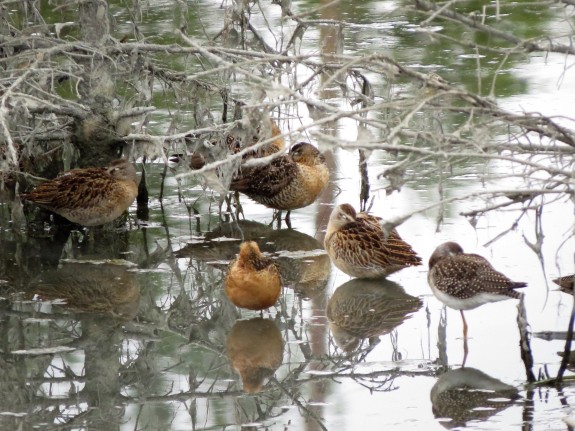 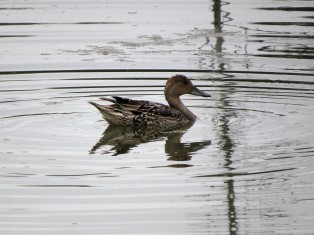 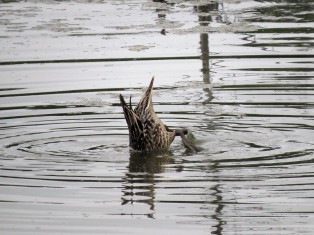 Out on the mudflats, two Sandhill Cranes were walking around as the tide rose gradually (a lower high tide than a couple of days ago) when I first got there. The first picture below shows the Fish Creek mouth at near high tide and the next three pictures show the water gradually filling in over 1/2 hour or so. The last shows the distant cranes. 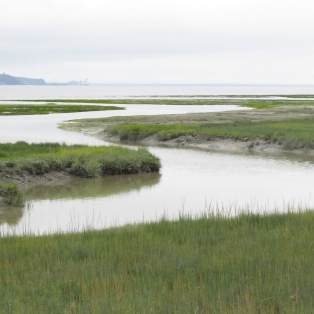 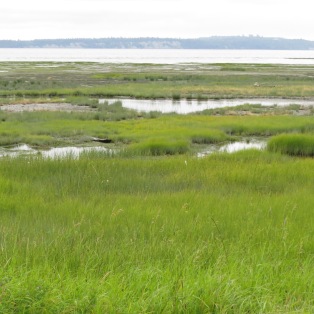 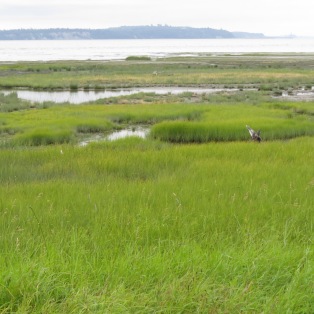 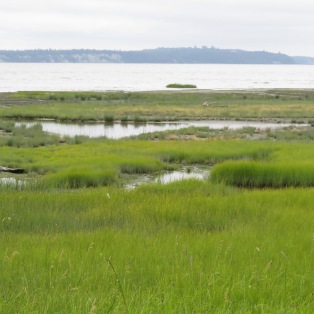 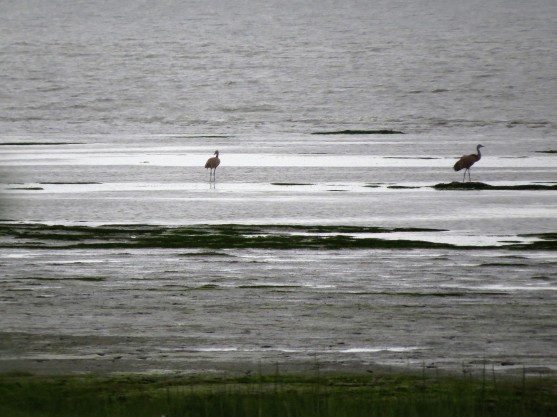 About 40 Hudsonian Godwits were eating out on the mud flats and then took off for somewhere else with a yellowlegs. 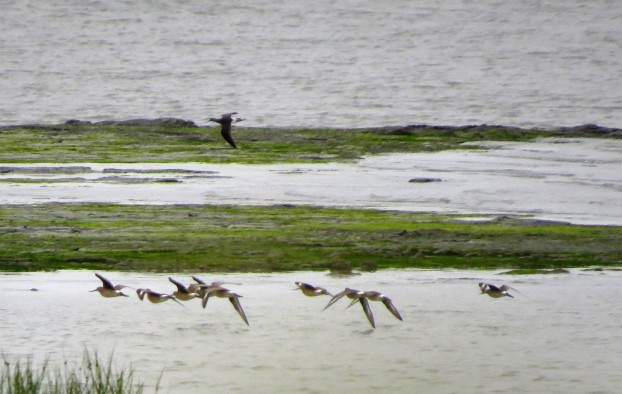 While I was looking out over the rising waters, a Merlin came from behind me and zoomed across the flats and disappeared. About 20 minutes later when I was walking back to my car, I was surprised and delighted to find that the Merlin was perched on dead snags in the pond next to the lake, above the dowitchers and yellowlegs. Although I did not get a picture of the action, I watched the Merlin fly off chasing a  magpie for a while before returning to perch in a distant evergreen across the pond. 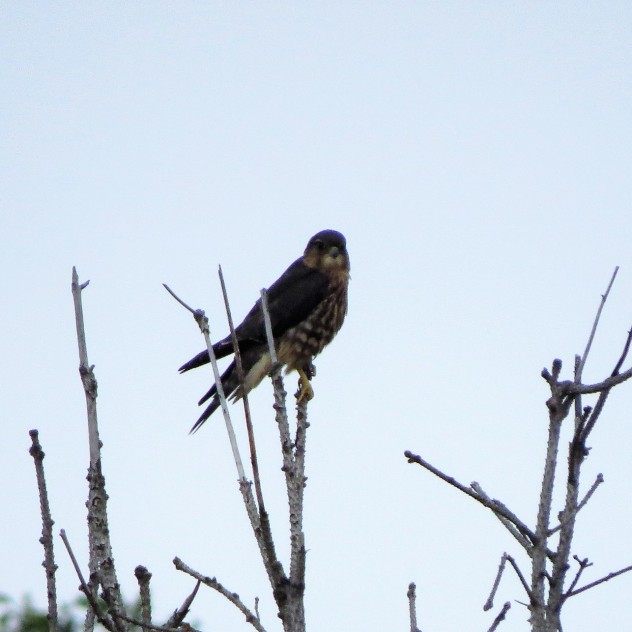 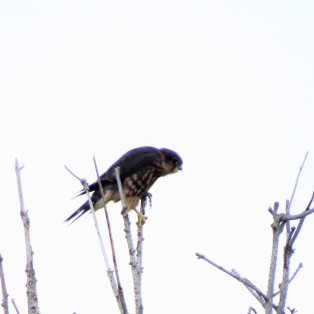 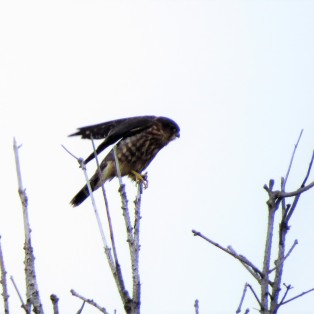