I just could not stop taking pictures this morning. I was on a drive up Arctic Valley Road  and saw the round dark blob ahead in the road just under two miles from the upper end of the road. Although I have seen one Spruce Grouse this year in the Kenai area, this was the first one for this year in Anchorage, even though I have been looking regularly. I took pictures as I drove closer, and then parked and got out and walked toward him. Although he was clearly keeping a cautious eye on me, most of the time he was eating along the roadside or wandering out in the middle of the road for a while. When another car drove by rapidly and scared him into flying away, I drove to the end of the road and turned around. When I got to where he had been, the grouse had returned to the same roadside spot so I drove up to him and took pictures out the window. He never left while I was there, and eventually even I got tired of taking pictures. Below is a small (really) selection of some of my favorites. Such a beautiful bird, no matter what his pose! It’s very good they are digital pictures; taking old-fashioned slides would have bankrupted me. 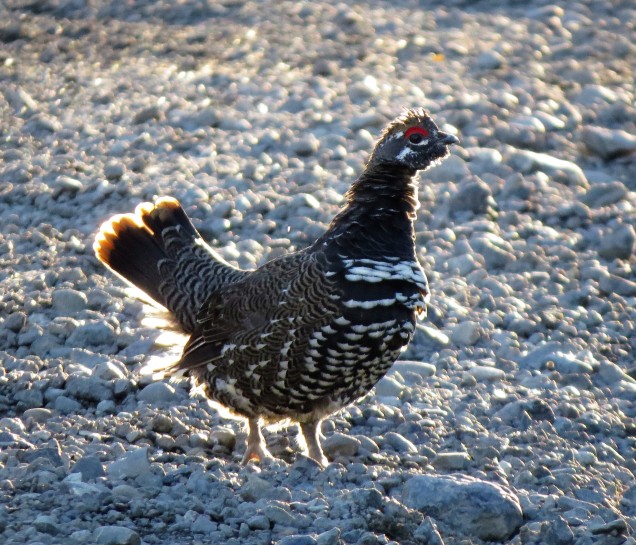 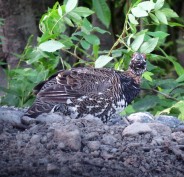 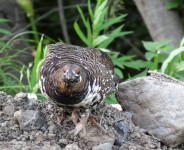 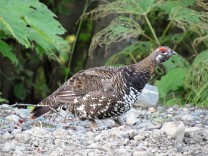 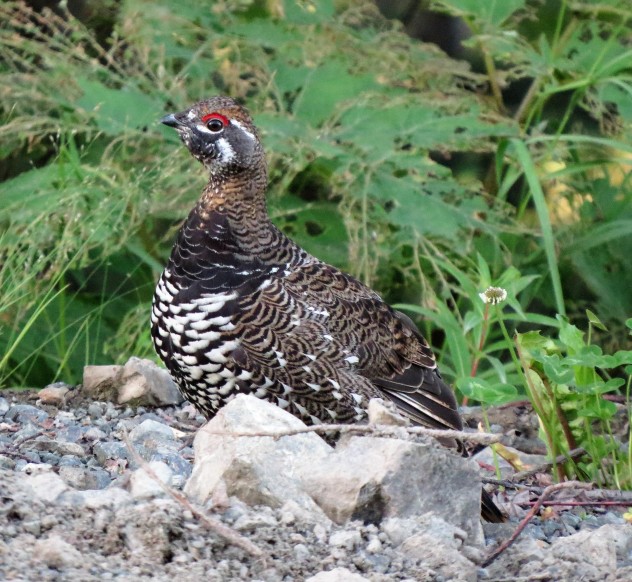