I checked out a few of my favorite Anchorage sites to see how they were doing after my weeklong absence. There were numerous duck families, Mallards, American Wigeons, Northern Shovelers and Green-winged Teal at  Lakes Spenard and Hood. Some of the ducklings were nearly adult-size, but there were also many tiny ducklings. 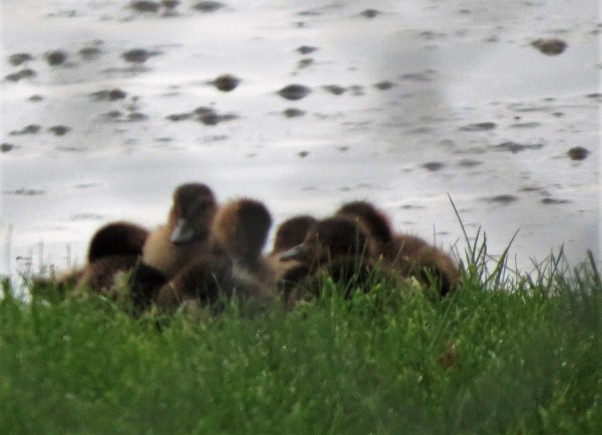 There were two Red-necked Phalaropes at Lake Hood in the midst of the many ducks.

The Red-throated Loon is still at Lake Hood, but seemed somewhat nervous about staying too near me and also seemed very sleepy. The only noises it made sounded a bit unhappy. Maybe it was a bad weekend at the lake. 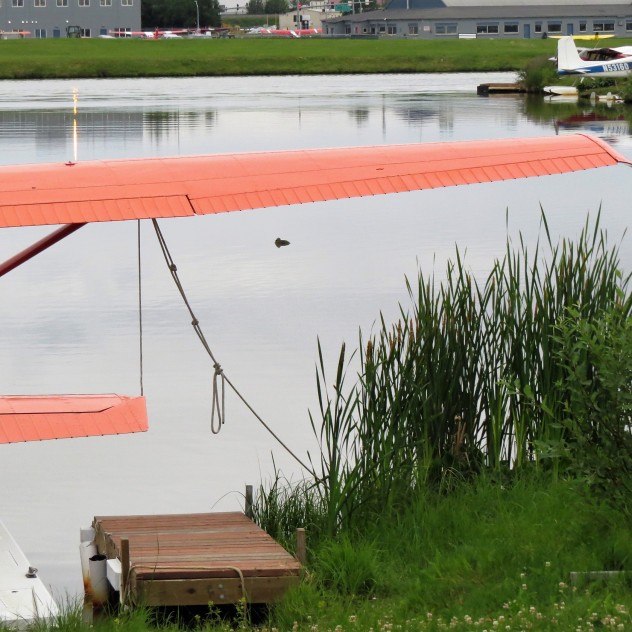 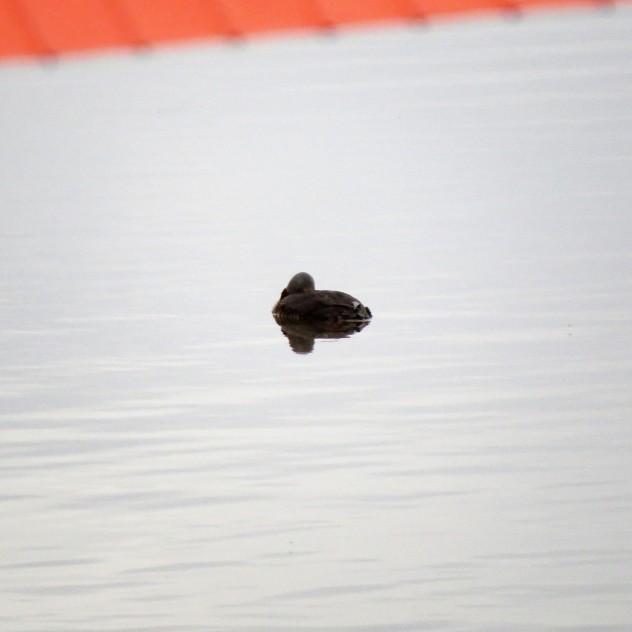 I saw only one Red-necked Grebe when I drove along the north side of the lakes, also quite sleepy. 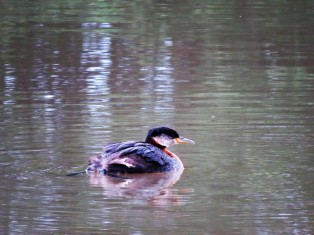 On the south side of the lake, I looked for more Red-necked Grebes, but instead found two red-necked Horned Grebes, my first of the year.

At Potter Marsh, the highlights were a noisy Spotted Sandpiper and a munching moose. 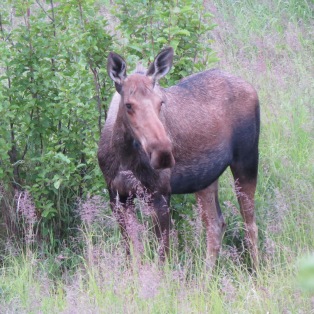 At a very brief stop at Spenard Crossing in the early afternoon, I photographed two tame young Mew Gulls.

I did not stay long at Westchester Lagoon either, just long enough to take pictures of the Short-billed Dowitchers (with a couple Greater Yellowlegs) and some action shots of one of the Red-necked Grebe families, still actively feeding their young. 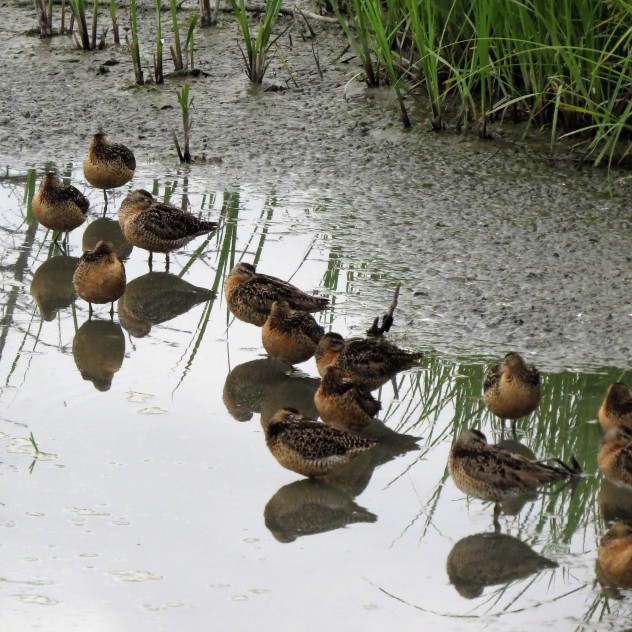 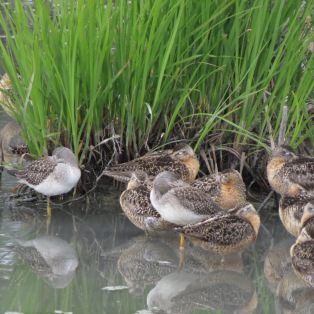 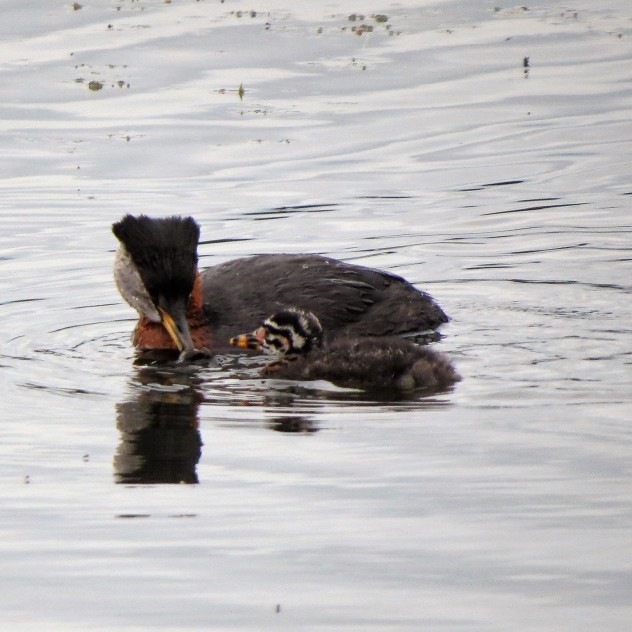 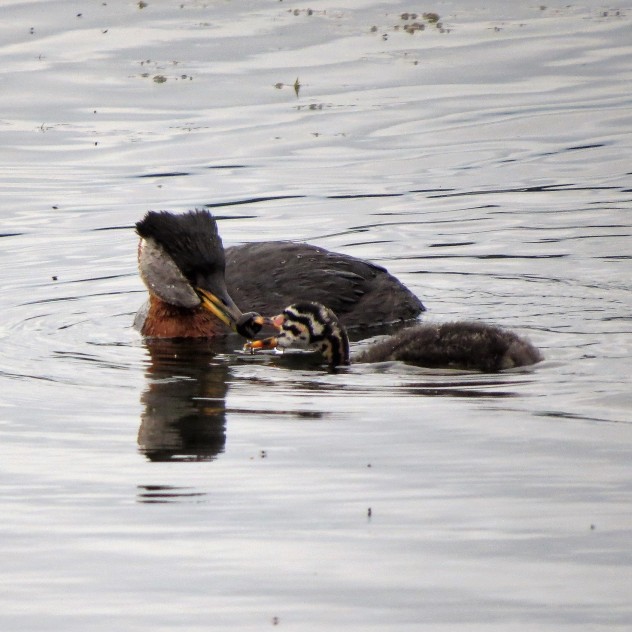 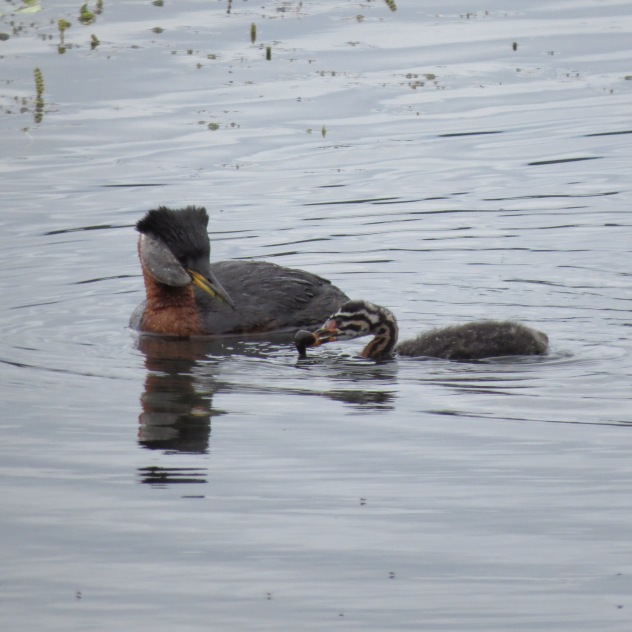