I then wandered around, and realized that there were many “good” birds around that had red necks/throats. The most numerous and most common were the Red-necked Grebes, about 18 of them on the lakes. Because they were all out in the central lake areas, I did not get very good pictures. The picture from today at Potter Marsh was a bit closer. 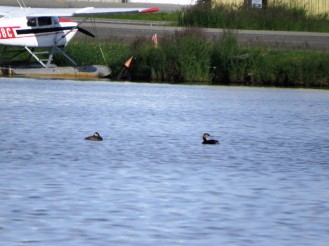 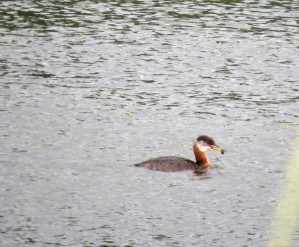 The next was the charismatic Red-throated Loon that I have described earlier, still at the same spot, still very, very tame. One of my photos shows the loon as I looked directly down on it from the shore. 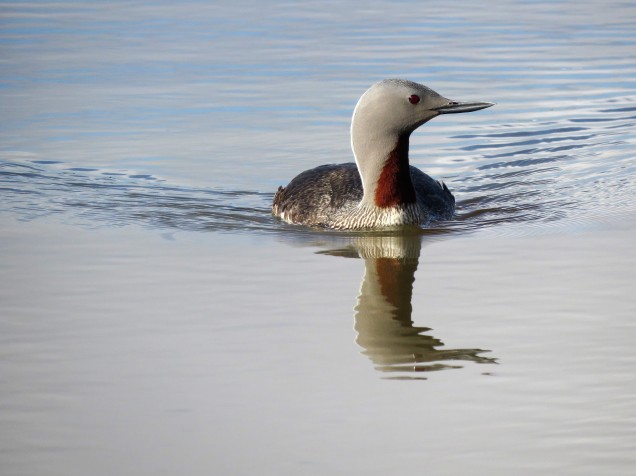 And then there were the Red-necked Phalaropes, two of them yesterday, in the same small area of Lake Hood where they have been for weeks. One of them looked like a juvenile bird to me. It is my understanding that it is extremely unusual to have them around for so long in Anchorage. 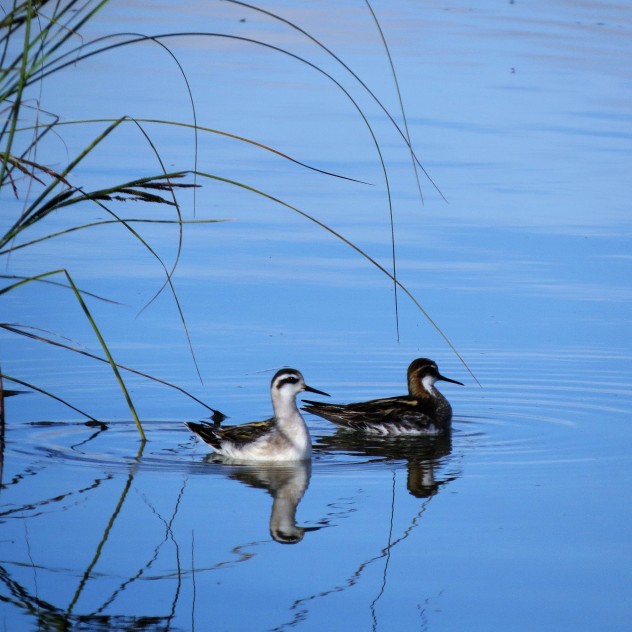 As I continued birding yesterday at Earthquake Park, there were other partially red birds, including two scolding robin redbreasts (American Robins) and Common Redpolls. 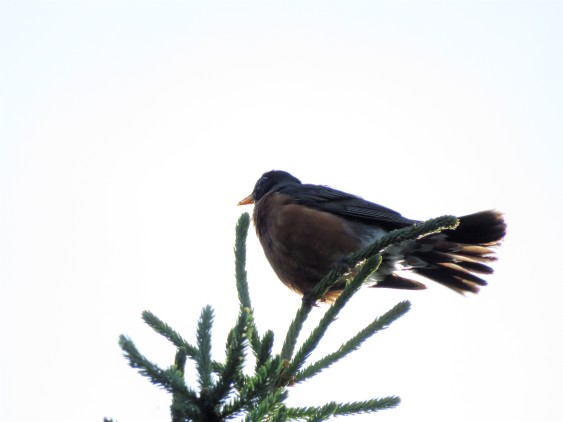 Today I added to my list with Red-winged Blackbirds just south of Girdwood. I had found a pair there some weeks ago, and I wanted to check out if they actually had nested. It appears that they did. I watched them go into a dense brush area and feed young ones, at least two of them that I could see, but none of them came out of the thicket to allow a photograph. 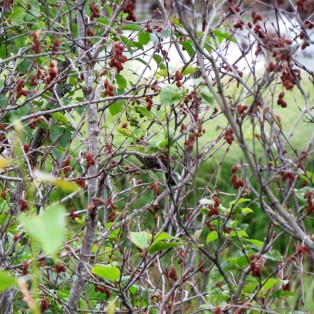 There also were five Red-necked Phalaropes in the same marshy area as the blackbirds. 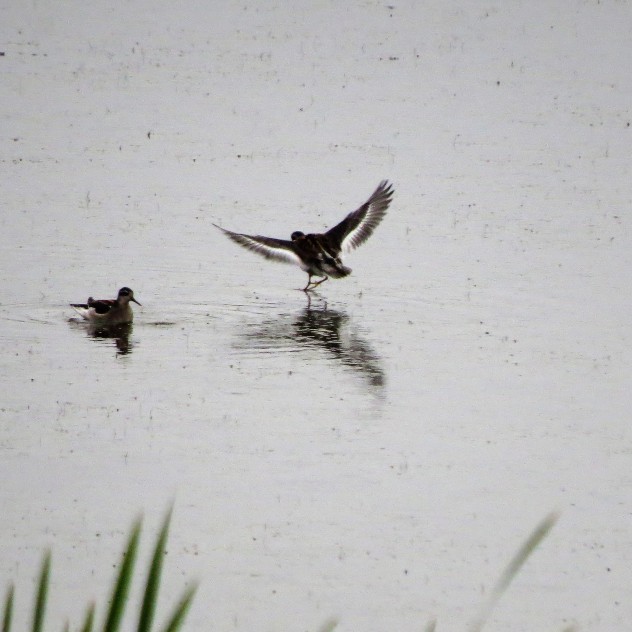 Other sightings the last couple of days included close-up Mew Gull chicks at Potter Marsh this morning, a young American Robin on the boardwalk, and treed Tree Swallow youngsters. The Arctic Terns were nowhere to be seen. 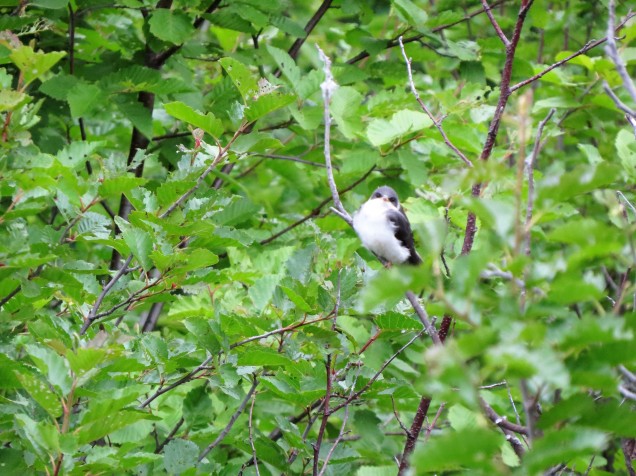 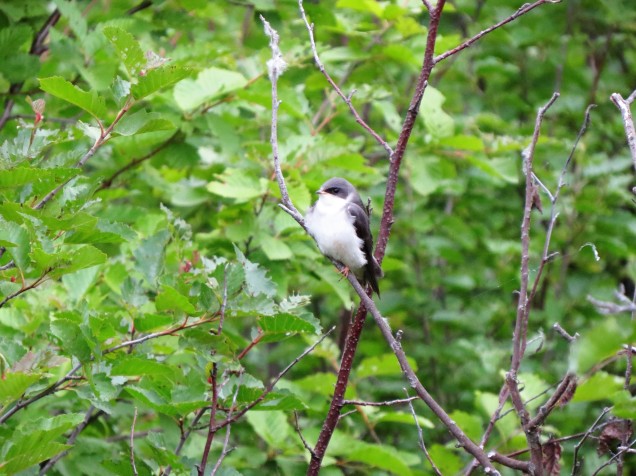 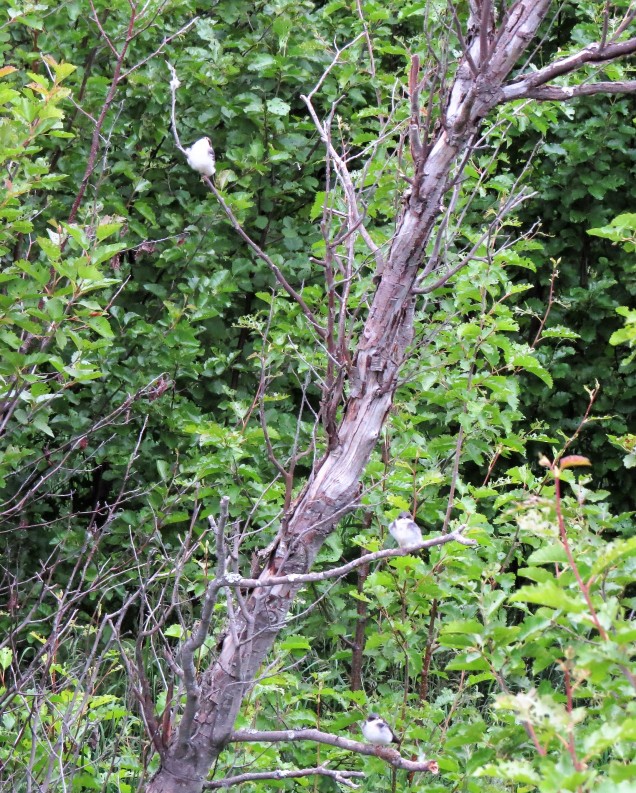 My final photos are of a mother and two young moose that my husband noticed in front of our house last night and I managed to get a few photos as they galloped down the street.