At Potter Marsh the baby Arctic Tern was exactly where it had been before but all those fish it was being fed had clearly helped it grow rapidly. While I was there the parents were mostly resting and not feeding the youngster who passed the time sleeping in the same pose as the parent perched on the sign above, complaining and trying out the new wing feathers. 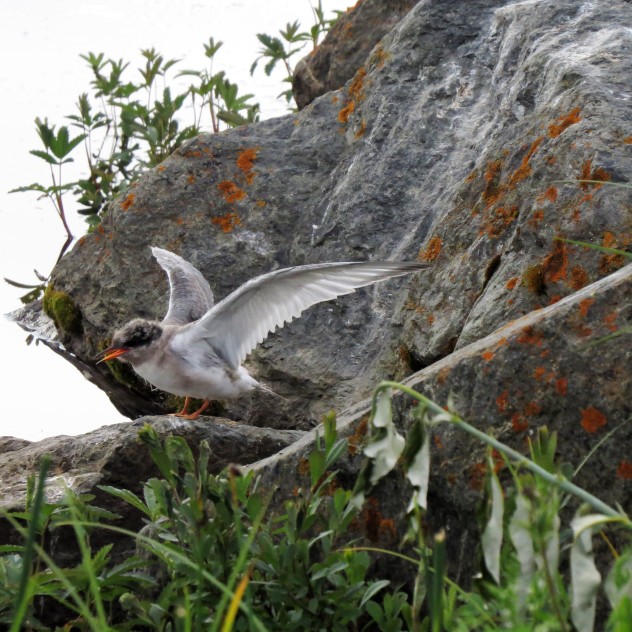 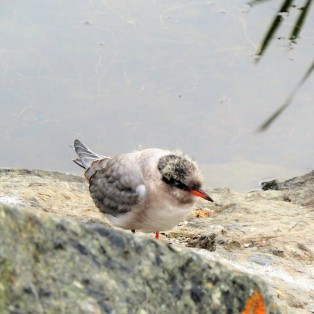 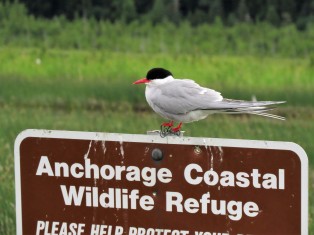 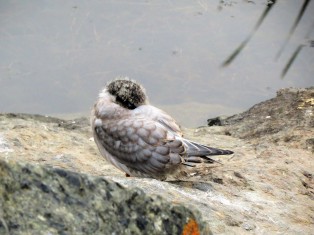 While watching the terns, I saw an apparent adult Red-necked Phalarope that was a bit scruffy and had a very brief glimpse of a skittering-across-the-water little bird that was probably a baby phalarope. Unfortunately while I was there it did not reappear from the reeds.

I saw another adult Red-necked Phalarope at Hood Lake, but no sign of any of the loons. 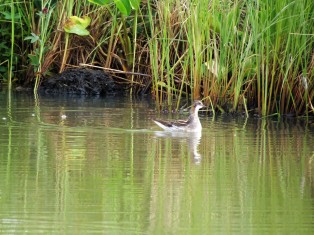 At Point Woronzoff where I briefly stopped, about ten Bank Swallows were flying about, many of them dipping down to the marsh at the edge of the large parking lot, and mostly moving too fast to catch them in action in a photograph. The video worked a bit better but they still mostly look like bats instead of birds. 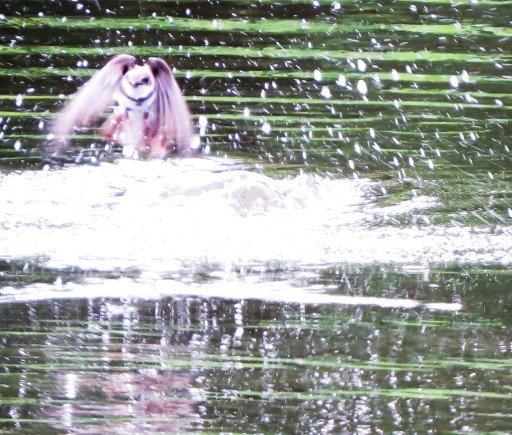 My final stop was to check on the Red-necked Grebes at Westchester Lagoon. The pair was also in the exact location where they had been a couple of days ago, and again, the fish that the parents brought had clearly helped the youngsters grow greatly in size. A single adult stayed with them while the other adult went off to fetch sustenance. 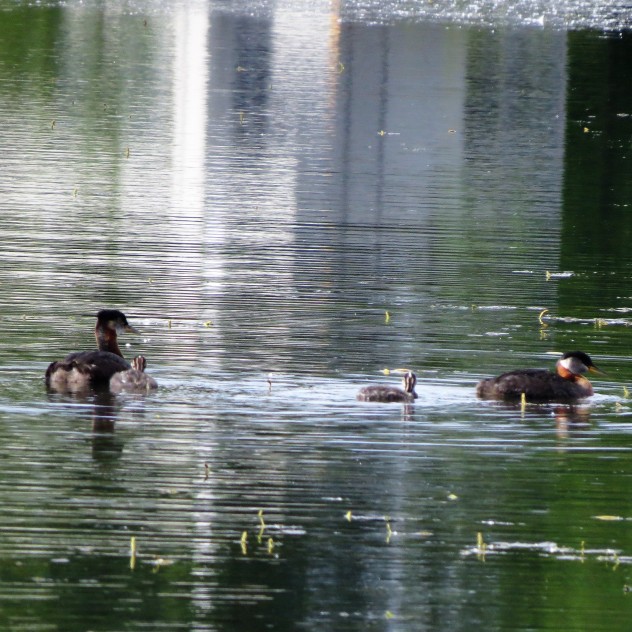 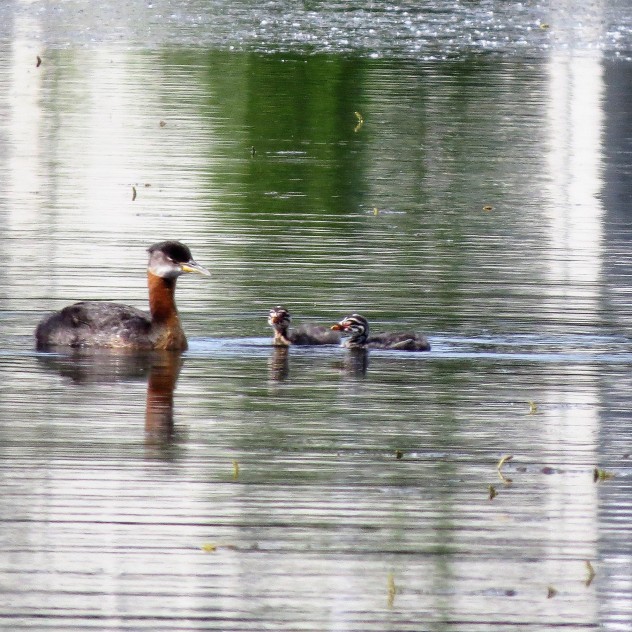 Back at home, I was surprised to see that one of the juvenile Hairy Woodpeckers was trying out the sugar water. Always something new to see! 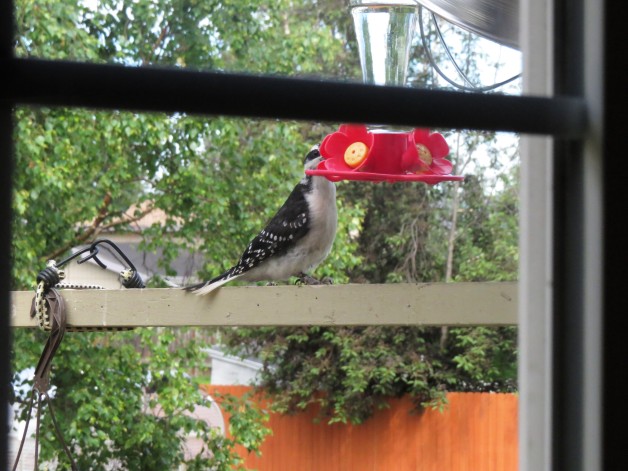