This morning I birded at Westchester Lagoon and the nearby coastal trail, Potter Marsh, Lakes Hood and Spenard and the Point Woronzoff area in Anchorage. The birch trees are leafing out in a beautiful delicate green. 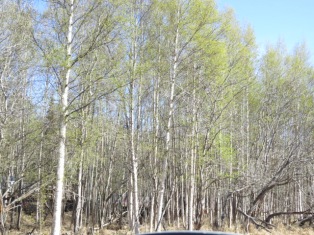 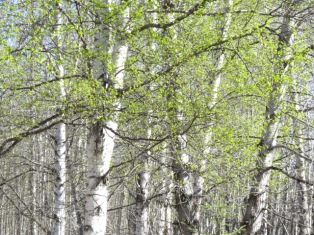 Sandhill Cranes were along the coastal trail (4) and near Lake Hood (3). 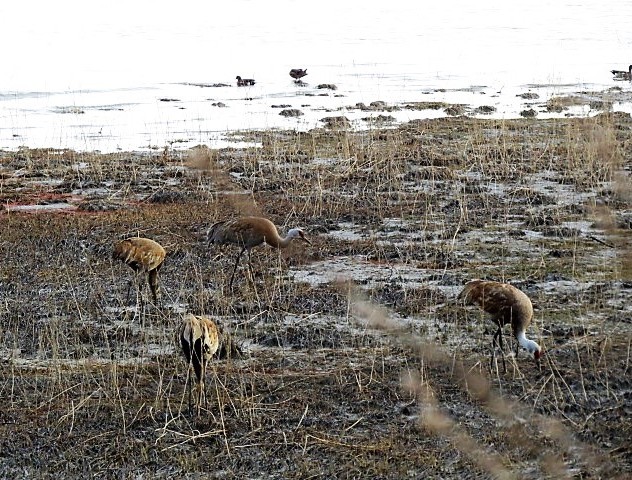 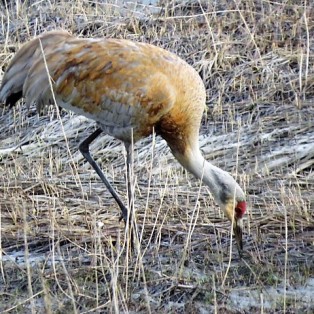 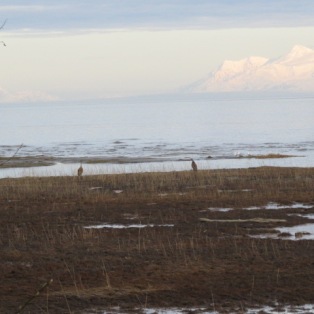 New year-birds that I have not yet photographed this year were four Rusty Blackbirds flying by at Potter Marsh and a noisy Red-throated Loon at Lake Hood. Also new for me for the year were Tree Swallows flying around Potter Marsh and one that perched for me near Lake Hood.

Other birds photographed were Mew Gulls, a Northern Pintail with a Gadwall, a Barrow’s Goldeneye, Northern Shovelers, and a begging Common Raven at Point Woronzoff.

I am also including a short video of the cranes (a bit wiggly unfortunately, but shows all four cranes walking around) and another of a croaking Black-billed Magpie.