It started out much like many of the winter mornings lately. It was snowing heavily. Common Redpolls were swarming the feeders, the Steller’s Jays were coming to the peanut feeder, taking a load of peanuts away and returning, Black-billed Magpies were squawking and flying back and forth and a couple of Pine Grosbeaks were perched high in the birch trees. 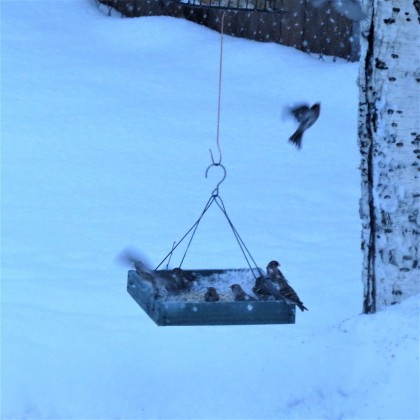 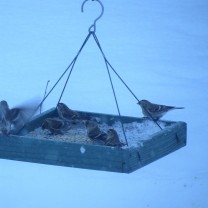 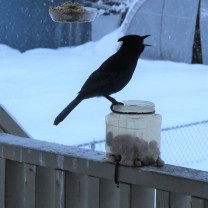 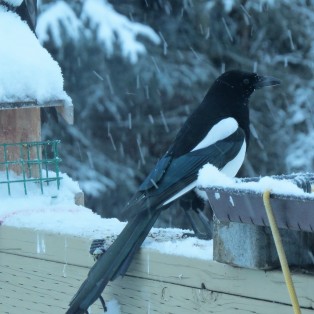 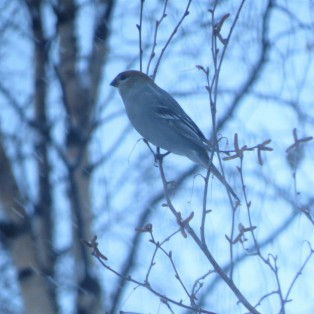 I was writing them all down so I could enter another checklist for the GBBC later, and was getting ready to leave for church. I looked out in the backyard one more time before I left just as a small hawk barreled into the birch tree above the feeder where the Common Redpolls had just been. They had disappeared completely. At first all I could see was the back of the hawk partly obscured by branches and falling snow. Then the hawk hopped up to another branch and I could see that it was a Sharp-shinned Hawk – a first for my Anchorage yard list and the first of the year! 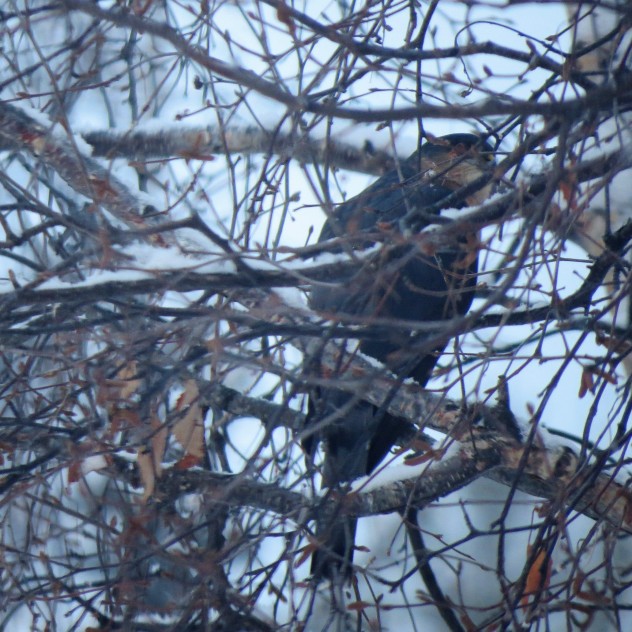 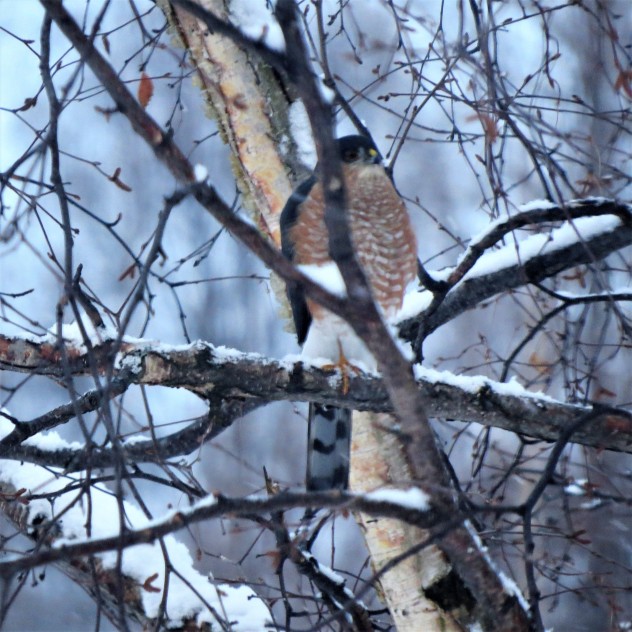 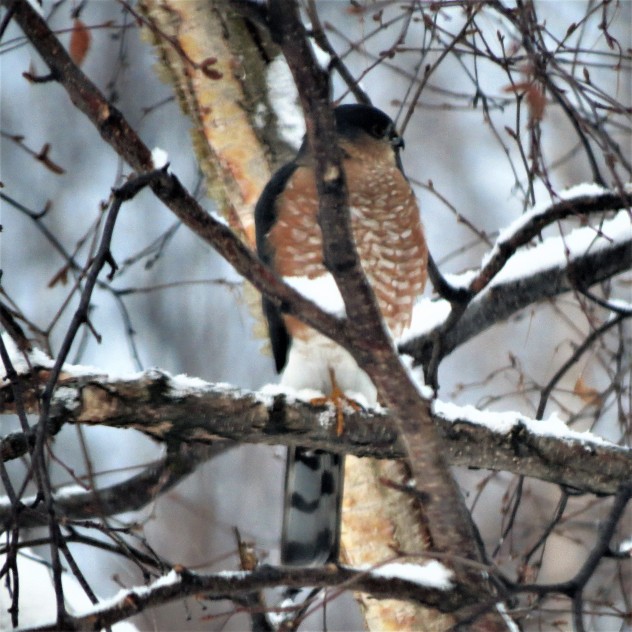 Even though I’m not doing a big year, I was delighted to add the hawk to my year and yard lists. I expect it will be back again for the redpolls, but there are so many of them I probably will not notice when their numbers are a bit diminished.