This morning I stuck a yardstick into the snow in our back yard, and just before I fell over into the fluffy snowbank as I leaned out to take my measurements, I measured the snow depth at 29 inches. After that it snowed a couple more inches during the day, but it eventually quit, and has stopped at least for now. 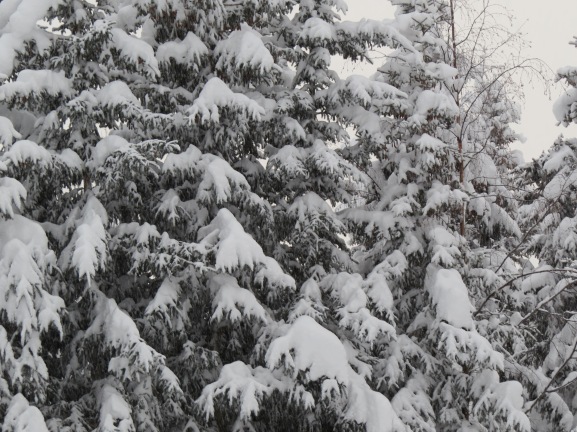 I have way too many feeders out in the yard and have not cleared the snow off of some of them that the birds rarely visit and that are difficult for me to get to through the deep snow.

The birds did venture forth, mostly to feeders on the porch. The feeders on the porch that are covered by the porch roof are much easier to deal with because I do not have to keep cleaning the snow away. For the feeders that are on the porch but not covered it only takes a little while to shovel new snow away so I can get to the feeders and only a little more time to brush away the snow (or sweep when it’s really deep). Steller’s Jays and Black-billed Magpies were regular visitors today to suet, peanuts, and dried mealworms. 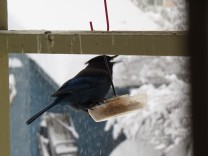 I also saw Curly (the Black-capped Chickadee with a deformed beak) a couple of times at feeders out in the yard, on the porch and up in a birch tree. 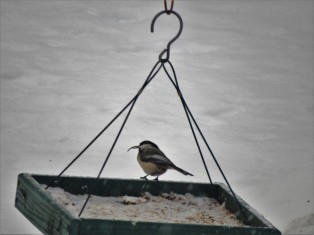 As the sun was going down this afternoon the sky to the west pinkened slightly. For a little while I could see vague outlines of the Chugach Mountains to the east, the first I’d seen of them in days, but the clouds, and probably more snow in the mountains, rolled in again before I could attempt a picture. The roads are completely unplowed in and around our neighborhood and travel is difficult so I expect I’ll work on my various bird talks tomorrow and watch yard birds some more rather than go somewhere else to bird. 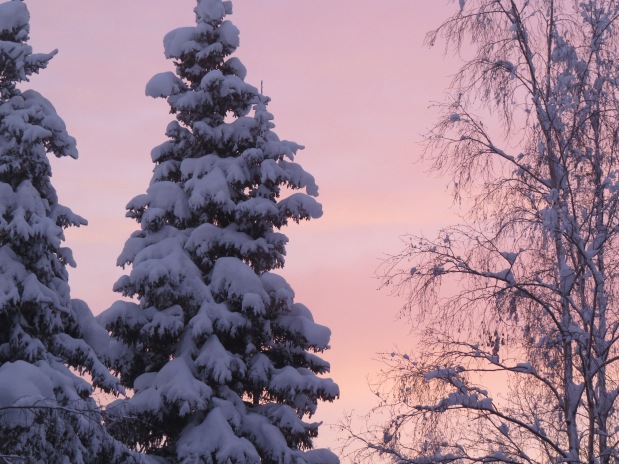 One thought on “January 22 – Winter Wonderland”