In the last week we have had about two feet of snow, about 12 inches of which came down today. I think that this week’s total is more than we had the previous two winters combined! I went outside frequently to clean off the bird-feeding surfaces today, but the snow was coming down so heavily that the seed would be covered before I got back in the house. Very few birds were around, and when they did come they had to dig through the snow that had fallen since I last cleaned off the feeders. 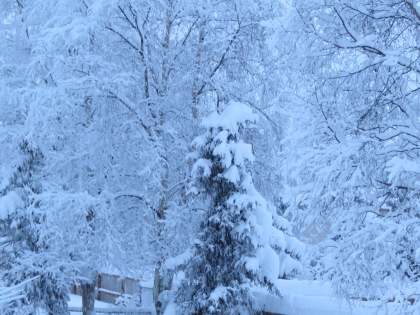 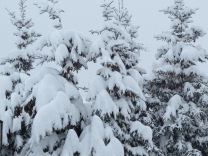 We had a single Common Redpoll come under the porch roof to eat seeds and two Black-billed Magpies came in to eat suet. 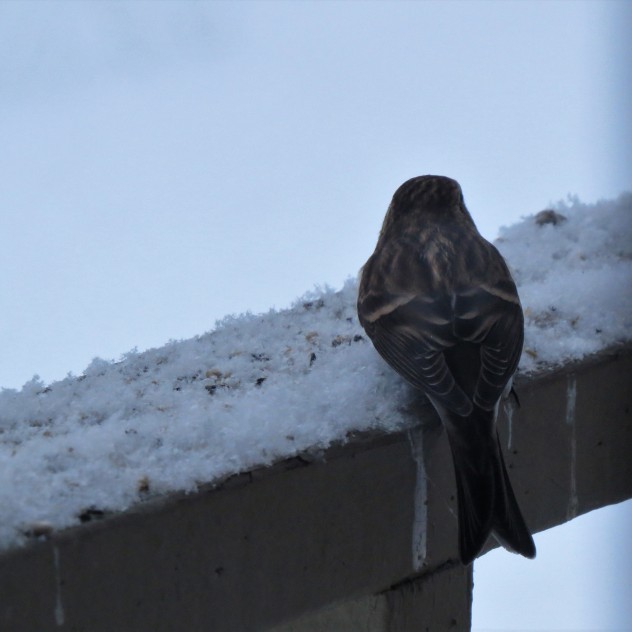 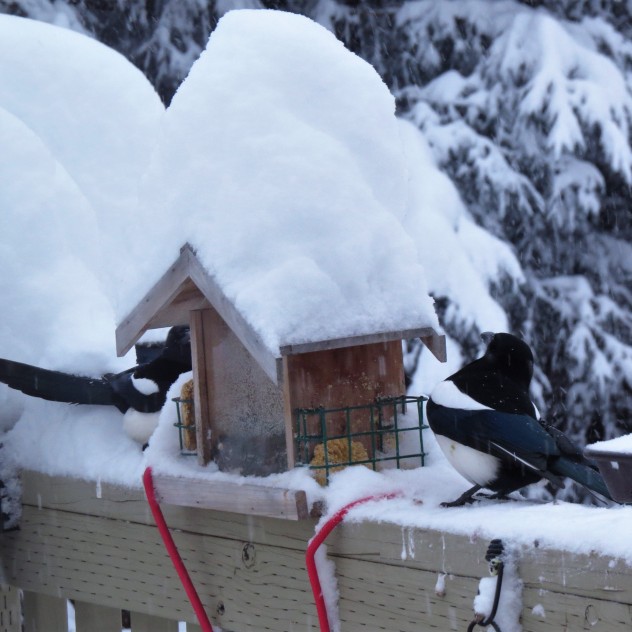 And Curly came by for about 5 minutes and then disappeared after digging a bit in the snow for seed. 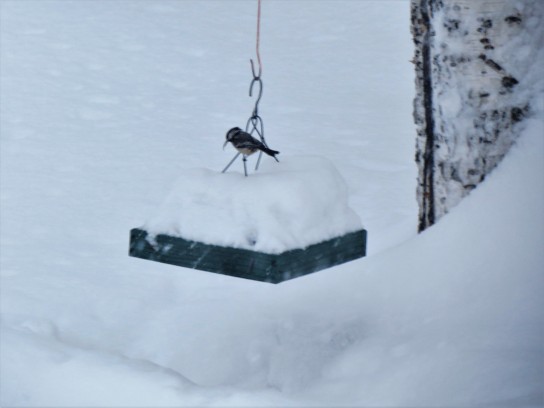 It’s good we had nothing we had to go to today. In the afternoon we decided to go out to clean off the driveway hoping that the snow would stop coming down soon, but after that it snowed a couple more inches. Behind Dave in the picture below is our house and one of our cars. While we were out there a large flock of Bohemian Waxwings flew by probably wondering where they could find something to eat. When this all melts (assuming it will melt someday), it is going to be a big mess. 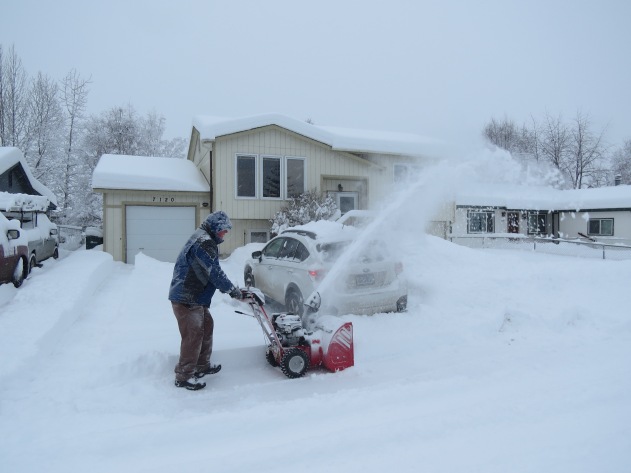