Yesterday I posted about the rime-coated “fuzzy” trees everywhere. Today there was at first a gradual loss of some of the ice so that the birch closest to the house had little clumps of ice and then the wind picked up and the deciduous trees in our yard lost most of their ice. Some snow and ice still remains on the coniferous trees and sheltered deciduous trees. 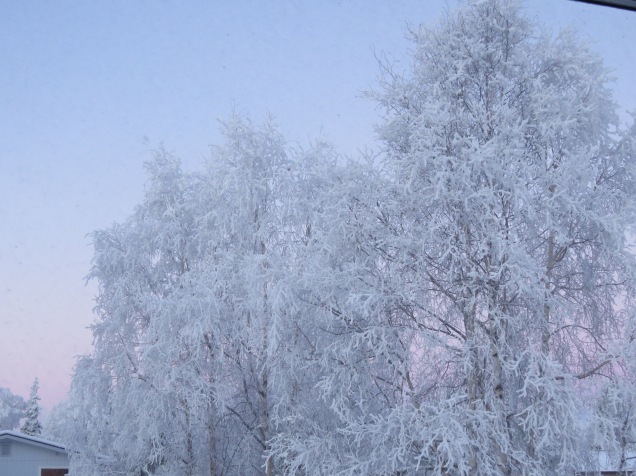 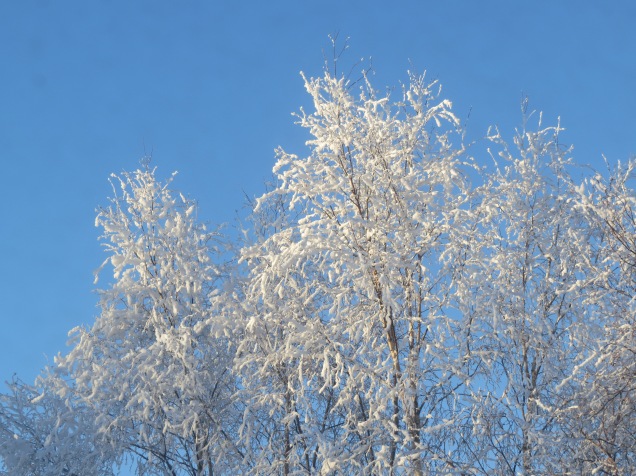 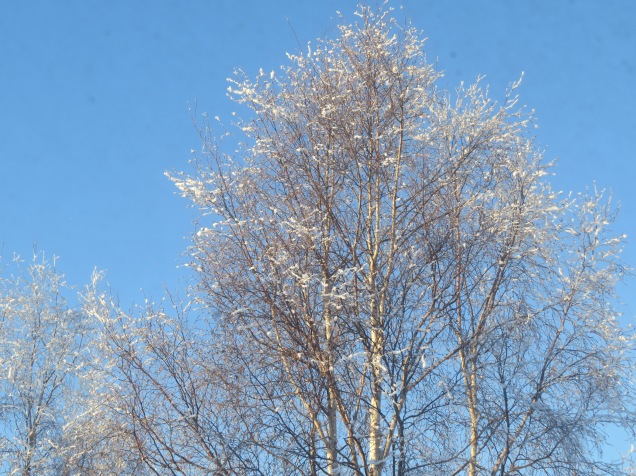 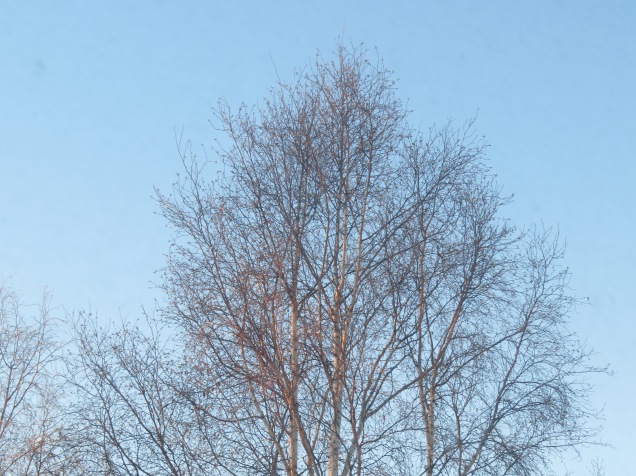 Even though the temperature for the first half of the day was about zero degrees, bird activity in the yard was modest, with a couple of Steller’s Jays around, as well as a few Common Redpolls and Pine Grosbeaks. A Downy Woodpecker visited the suet as usual. 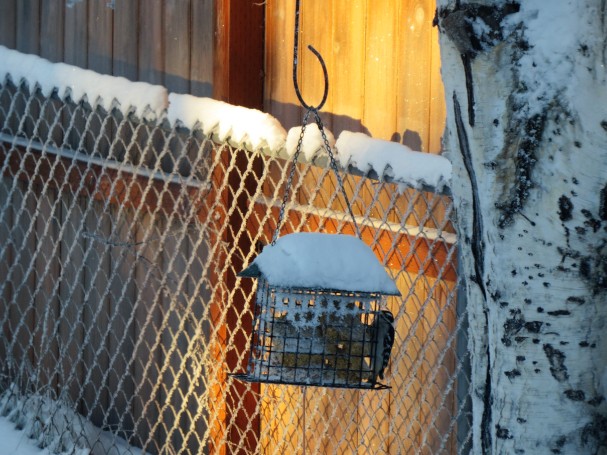 In the street in the front of the house, Black-billed Magpies gathered around our neighbor’s trash container, which apparently is seen by them as just another, much bigger, feeder. 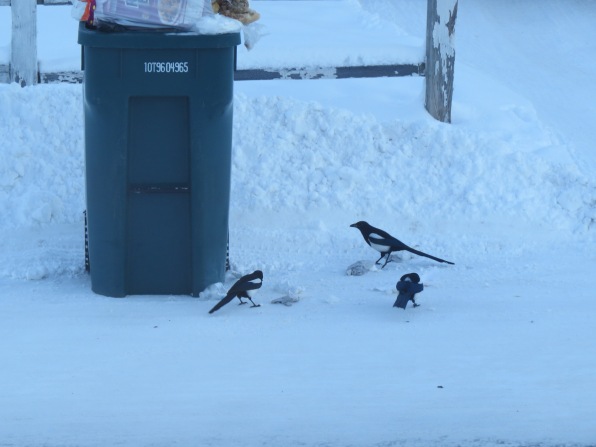 I spent most of the day inside, going through more photos from last year. I’m up to October in selecting slides from my big year to be used for my class presentations. For the first PowerPoint presentation to be used for the first class (January 12) about areas good for birding in and around Anchorage, I’ve added photos taken from January through the middle of July. There will be a lot fewer photos that I will need to add from the last months of the year since most birds photographed then had already been photographed earlier in the year and their pictures are already in the presentation. I’m thinking I will be ready for the first class at least.