For many people at this time of the year, it is a time for waiting for Christmas, or maybe, for Christmas to finally be over. For many birders it is a time for going out to participate in Christmas Bird Counts. For me, it is all of that but right now it is mostly a time of watching the reports of Christmas Bird Counts around Alaska, posts on the AK Birding listserv and the Alaska Facebook Rare Bird Alert and my emails and text messages and phone messages, hoping and waiting for word of one (or two?) last rarities to appear in Alaska before the year ends.

Meanwhile, in between anxious perusings of all my electronic devices, I still am finding time to look for birds around Anchorage. Today was rather unproductive though. I tried once more to see the American Kestrel that I understand was again seen out by the Anchorage airport in yesterday’s CBC. It would be good to have it on my Anchorage list. The mountains across the inlet were highlighted in pink and orange just after noon when I went out there. Things were really slow, with my bird sightings limited to one Bald Eagle, six Common Ravens and a Black-billed Magpie. I was told that the kestrel had most recently been seen over the northern part of the runway, but all I saw there were the ravens, even though I drove the area a couple of times. It was beautiful, but more stark than recently as much of the frosty coating of the branches is gone. 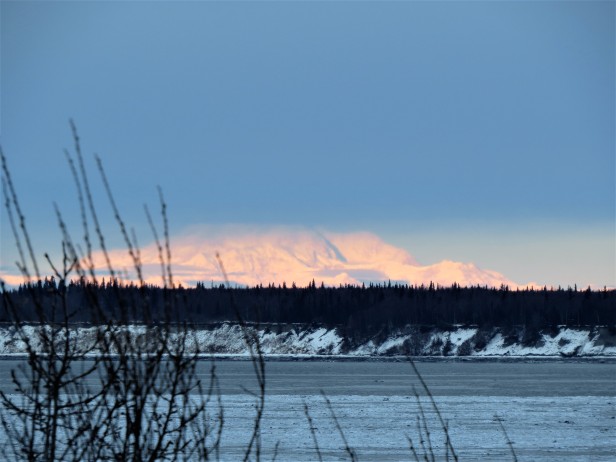 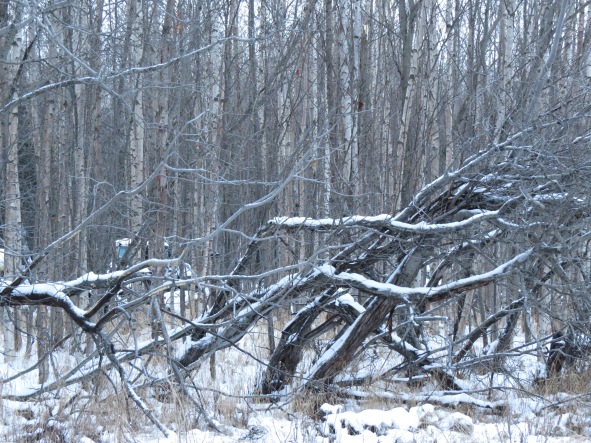 When I got back home, the only bird in the yard was a Hairy Woodpecker acting like a seed-eater in spite of there being 4 suet feeders and a peanut butter log nearby.