There just are no Ivory Gulls at all in Barrow, probably because not until yesterday was there even any slushy ice and only by midday today did it seem like the thin slushy ice layer was getting thicker by coalescing into lumpy areas (picture below). Most years the sea around Barrow is covered with ice by now. This year the real winter ice pack is presumably coming and maybe the Ivory Gulls will come eventually. I, however, am now back in Anchorage. 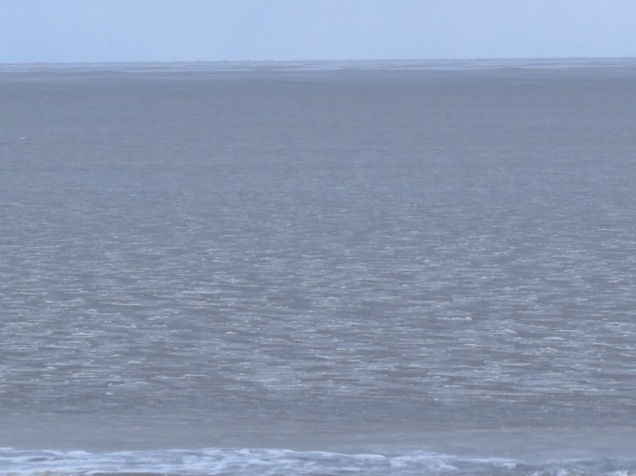 It was a good trip with good people. Now that I am home I can post more pictures, so I’ll start with the video of John Puschock making a dirt angel to liven up the first day I was in Barrow (I had tried to post it earlier but there apparently was too uneven and weak a signal in Barrow and the video, as well as most of my still photos, kept failing to post).

We actually saw the sun at about noon today (shortly after the actual sunrise time) when the heavy clouds parted for awhile. 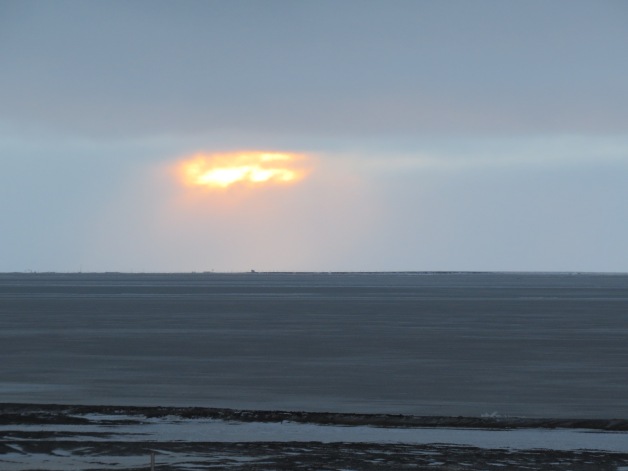 Today, in addition to again birding the area at the base of the point, where it was nearly birdless with probably a total of 10 Glaucous Gulls and no other birds, we finally found someone to take us out to the point. That area often has many polar bears and is restricted to Barrow natives and those they take out there in their vehicles. Our journey in a truck with big tires was extraordinarily bumpy over the dirt and snow-filled tire tracks but no actual road. We got stuck a couple of times in the snow, requiring that we get out of the truck and the strongest people (not me) push and push and the vehicle rock and rock before it was able to heave its way out the loose snow and dirt. 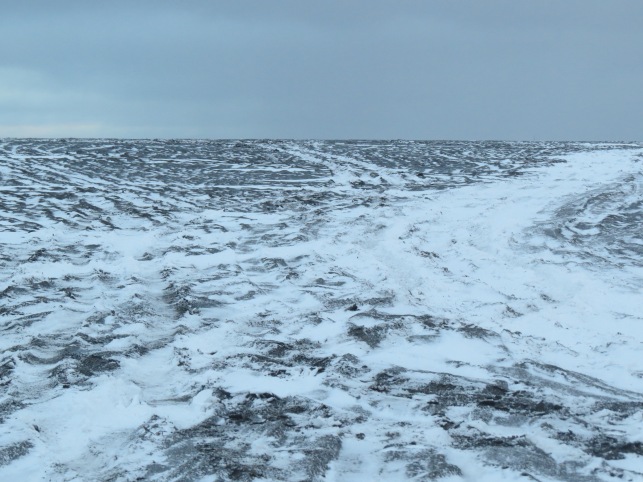 Although there had been many polar bears just before we got out there, the only polar bears that we saw were way out on the ice on a lake. Of course, I still took pictures of the closest ones. We also saw a couple of arctic foxes out there.

Although the only gulls that we saw at the point were Glaucous Gulls, there were many eiders (Common, King and at least one Spectacled) and a handful of Long-tailed Ducks. 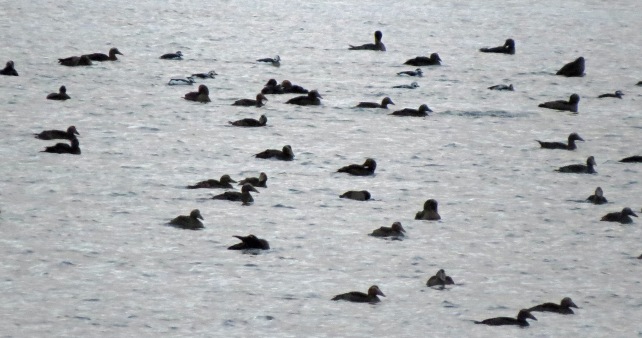 The ice was much thicker at the point (the Bering Sea) than at the base of the point but was still in little floating chunks and piles of small ice pieces on the shore and was not solid ice. Farther up on the shore were larger ice hunks that must have been brought there days ago in a winter storm. We stayed there until sunset at about 4, when we actually saw the sun set. 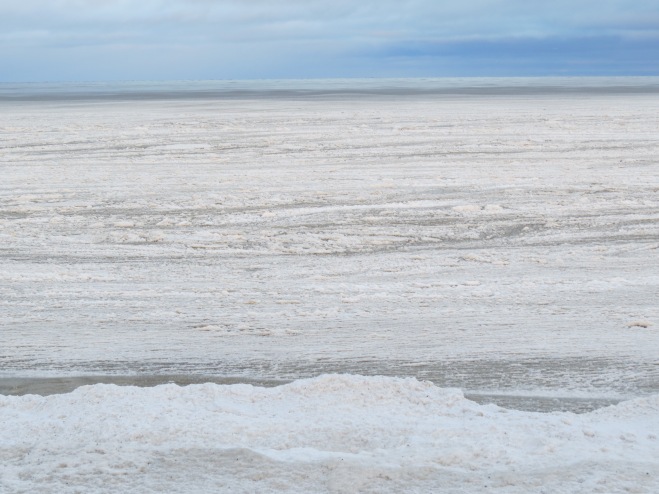 I have a few more places to look for birds this year, including in southeastern Alaska. Sitka will be next, but probably I will be going to Juneau and/or Ketchikan before the year is out.