Although the snow is still clinging to most of the branches in Anchorage, today it felt like spring with a temperature of 34 degrees by midday. 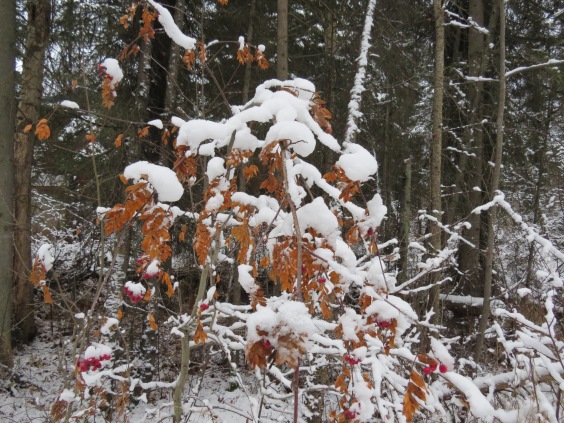 The lakes are mostly frozen over, however, so the Mallards are becoming more and more concentrated where the water is still open, such as at Spenard Crossing and on the stream flowing into the lake. 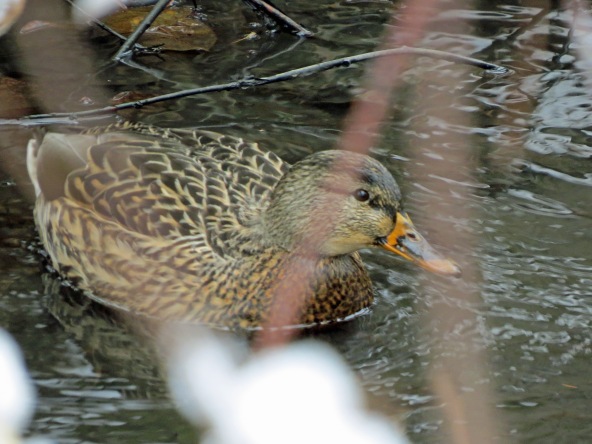 People are not supposed to feed the ducks, but the ducks know that people are the source of food and the ducks immediately come toward people as they get out of their cars. 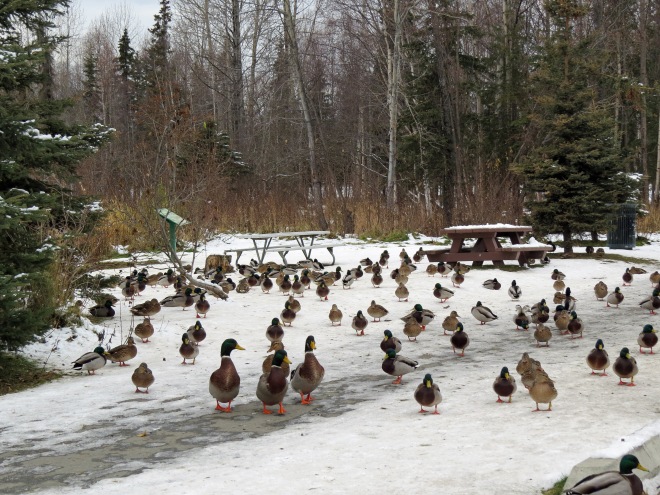 The only other ducks that I saw at Spenard Crossing today were five Common Goldeneyes periodically diving in the greatly reduced open water area. 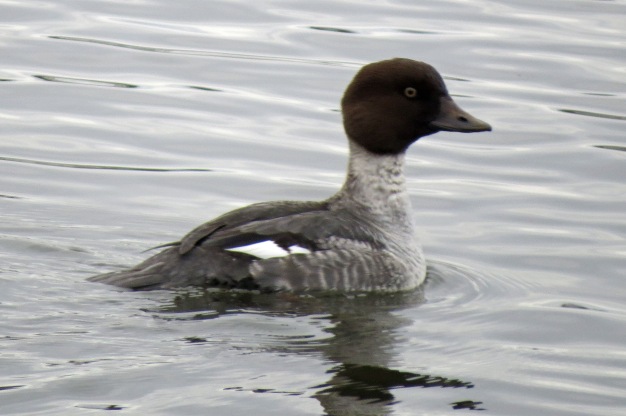 As usual, the Black-billed Magpies were using the warmer weather to bathe in the open water. This one had just left the water and was dripping and preening. Other birds seen were Black-capped and Boreal Chickadees and Red-breasted Nuthatches.