There was another beautiful sunrise today before I left home to wander around Anchorage.

Once again my goal today was to see if there were any winter arrivals in a few Anchorage areas. My first visit was to the Turnagain area where there are many fruit trees and one might eventually hope to see Bohemian Waxwings and American Robins. That’s where they came last winter, but so far, not this winter as far as I can tell. Most of the woodland areas in the neighborhood were basically bereft of leaves. There were the usual neighborhood birds, Black-capped Chickadees and Red-breasted Nuthatches and that’s about it for the drive-through. 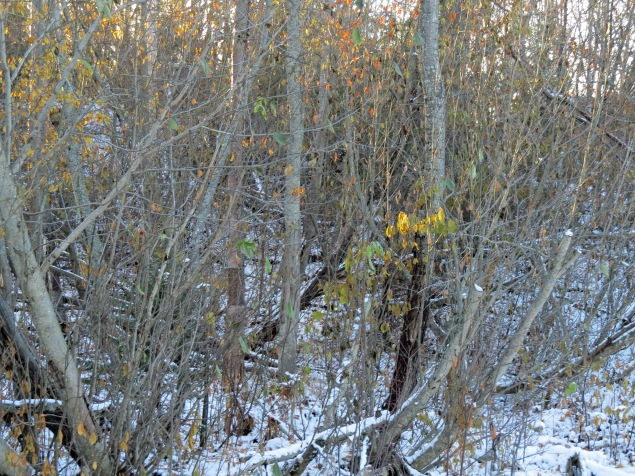 After that I drove out past the Anchorage airport, but the only bird seen there was a single Black-billed Magpie. The mountains as viewed looking west from Point Woronzoff were beautiful, as were the mountains behind Anchorage itself when I looked back to the east across the inlet. 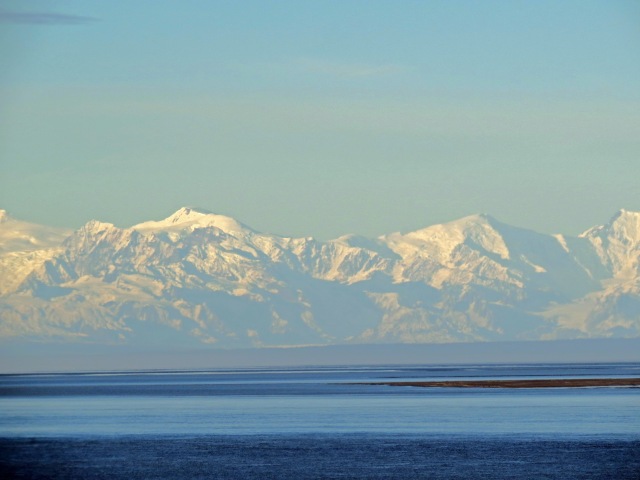 When I got home I decided to make my bird feeders a little more inviting, having been reminded at the last Anchorage Audubon meeting that feeders should be placed near trees or other cover. Since I do not have any trees or bushes in the center of the yard, I fastened some branches from my brush pile to a few of the feeder stands. Shortly after doing so, I watched a Red-breasted Nuthatch clambering over a branch before it went to a feeder. Before I even left the yard, however, Black-capped Chickadees were coming to the feeders, a Common Redpoll was high in a birch tree clinging to a branch and three first-of-the-winter Pine Grosbeaks for my yard arrived, talking beautifully. 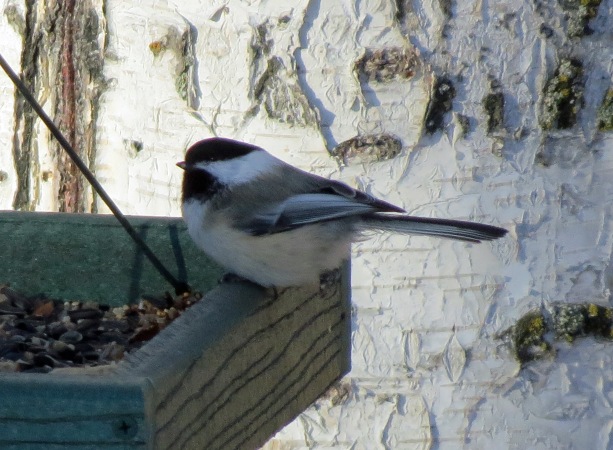 Two Steller’s Jays arrived to dine on peanuts, one of which took a few peanuts from my hand. The two of them then proceeded to empty the peanut jar that I have attached to my porch railing. I am going to try again to include two videos of the jays. The second video shows “Beaky”, the one without an upper beak, and how it is able to grab peanuts anyway.