Today we did an extensive seawatch at the southwest point of St. Paul Island. The wind was from the south and seabirds were actually visible. A Short-tailed Albatross was seen by some (I was wandering around nearby looking for a reported shorebird so missed it; I am very grateful that I saw one on the Dutch Harbor trip this summer). A couple of us got extraordinarily close views of a hunting Gyrfalcon, which dove a couple of times at a Snow Bunting about 25 feet away from us. Only very fuzzy photos however.

Not too many other birds were seen today, but handfuls of the same birds that have been seen in recent days were around. Photographs below are Red-faced Cormorants on cliffs near the dining hall, Red Phalaropes in one of the many areas where we searched unsuccessfully for the Jack Snipe, birders tromping a marsh in search of a Jack Snipe, and a fluffy Gray-crowned Rosy-Finch. 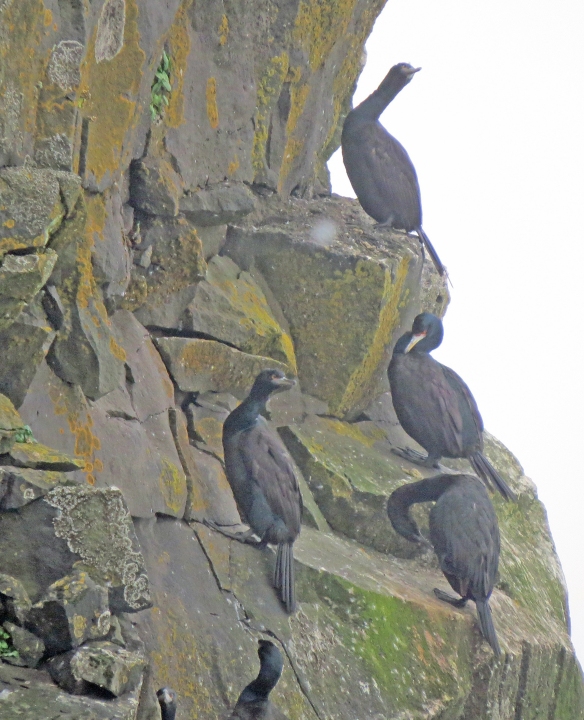 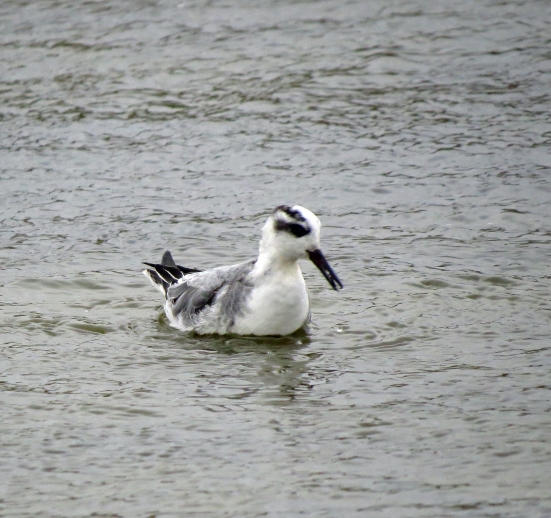 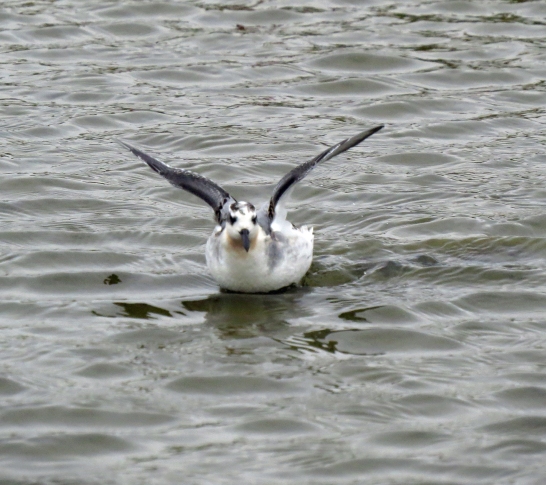 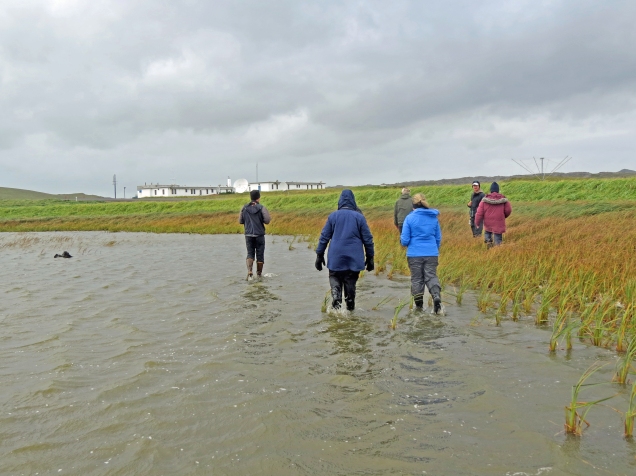 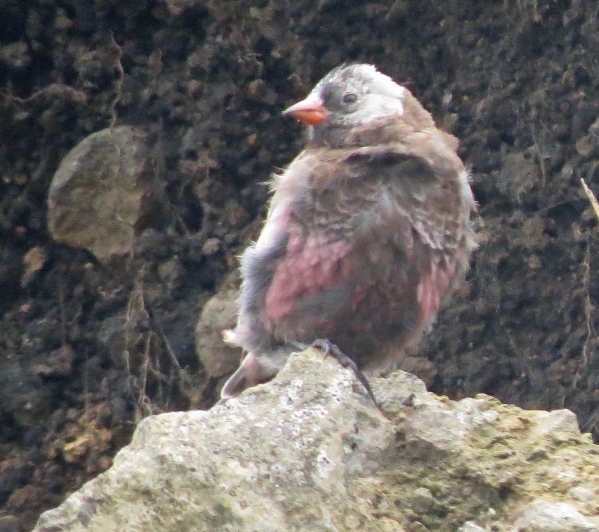 Tomorrow the wind is expected to be even stronger from the south, so we plan to start again with a seawatch.