Yes, I worry about many things, including where I’m going to find birds needed for my Alaskan big year. Most of my worries are undoubtedly due to my ignorance of Alaskan bird distribution, as well as to my impatience.

Yesterday and today I saw birds of three species that I initially obsessed over finding this year and then finally found one each of these species after much worry and fuss. After the initial sighting of each of these difficult-for-me to find birds, I now seem to see them everywhere I go (I exaggerate slightly).

The first of these three species is yesterday’s Osprey, which experienced Alaska birders said would not be a problem. I tended to not believe them however because although I went places that were supposed to have Ospreys, I could not find them for months. Now I’ve seen them four times, all of which were when I was not even looking for them.

The second species that I was erroneously convinced was going to be difficult was White-winged Crossbill. My worries did not arise until this last winter came and went and there were no White-winged Crossbills anywhere. The winter before (2014-15) I had grown accustomed to them in Anchorage and originally expected them not to be a problem, but in the winter of 2015-16, they were just gone. Finally, I was relieved to see a single male in Ketchikan. Now it seems they are everywhere. Today there was one in our neighbor’s spruce trees. At first I thought the silhouetted bird might be a Red Crossbill, but then it turned and let me see it’s white wing bars. 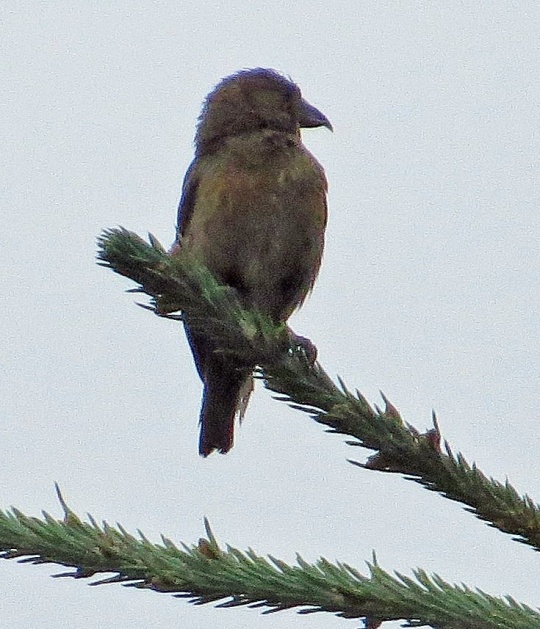 The third species that I really had no clue about its abundance but got worried because I just could not find one at first was Solitary Sandpiper. I drove all the way to Fairbanks to get the first one. Today, without trying I had two of them in Anchorage (at two different sites near Westchester Lagoon). Also there was a Spotted Sandpiper along the trail, which I knew I would see often this year and I have (all three shown below).

Other birds today included about 25 Hudsonian Godwits, many of them immatures and/or winter plumage, at the main island in Westchester Lagoon, many Red-necked Grebes as usual on the lake and the first Belted Kingfisher I had seen at the lake. 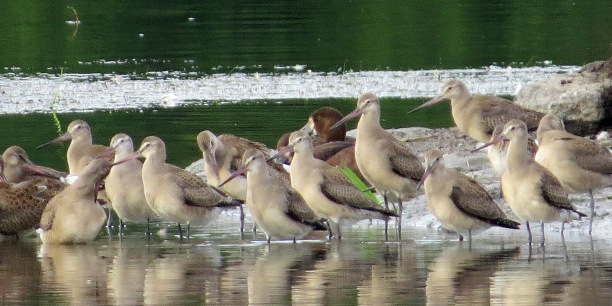 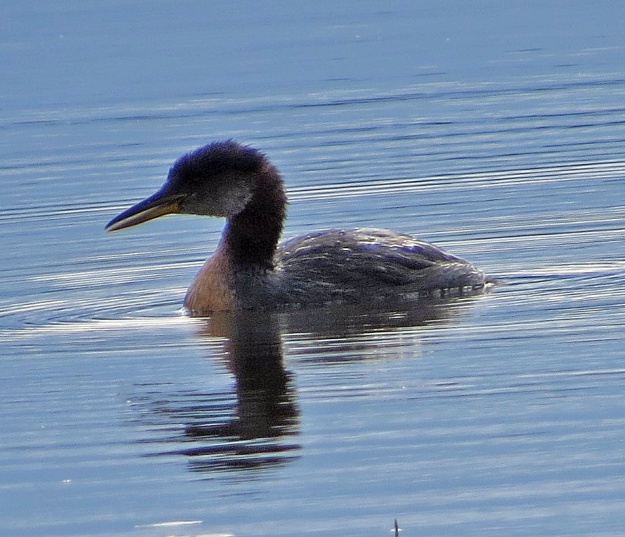 Once I got home, the yard was hopping with American Robins and warblers, including one warbler that I would like opinions on. I only saw it very briefly but I did get one not-so-good photo. I think it is a female Blackpoll Warbler from what I can see in the picture.

Finally, the Steller’s Jays in our yard have resumed their fanatic caching of peanuts now that their grown young are wandering freely around, and they have stepped up their interest in taking peanuts from my hands. One of the many pictures I took today is below (I’ll put a few more separately on Facebook). 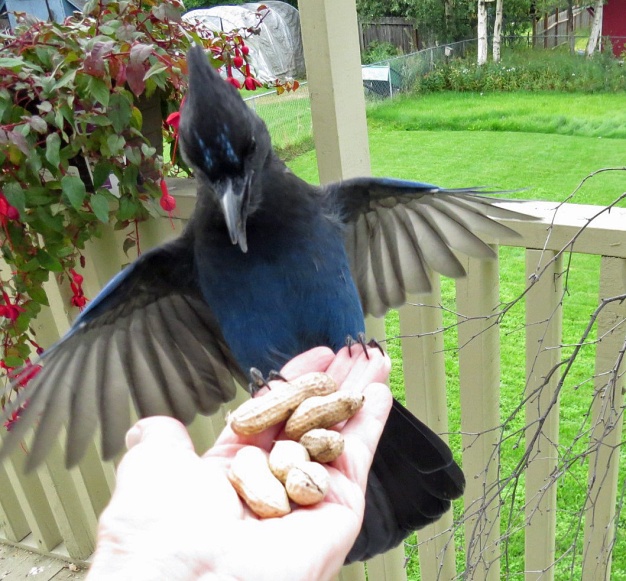