On August 8th, I drove south of Anchorage, past Girdwood to the road leading to Portage Glacier, where I walked a portion of the Trail of Blue Ice. The highlights of the day are given below:

–Two Sandhill Cranes were across the highway from the Girdwood gas station. Also seen there were Mallards and Green-winged Teal. 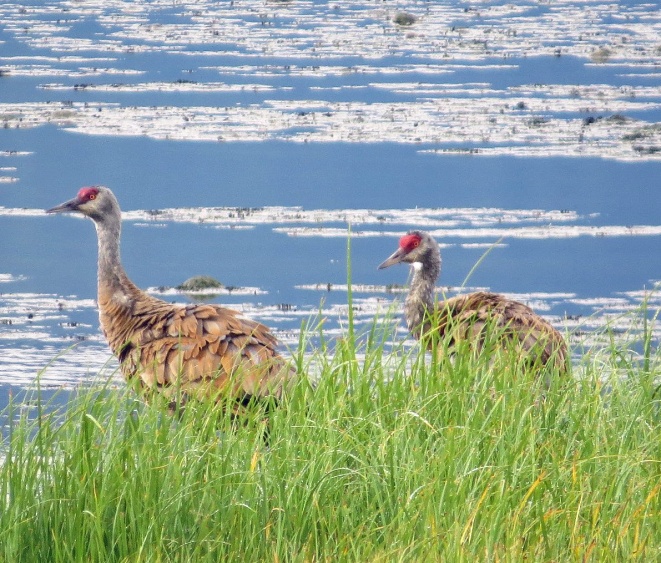 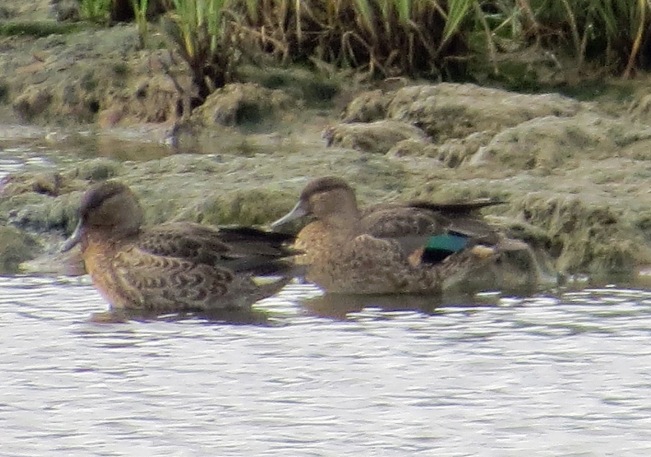 –Just about the only land birds seen along the along the trail was a small flock of Orange-crowned Warblers.

–Two juvenile/female Harlequin Ducks were swimming in the fast stream along the trail. This Harlequin Duck plumage is especially meaningful to me because a few years ago, what we thought was a female Harlequin Duck that chose Rapid City as its very unusual wintering spot was actually found to be a young male as we began to notice when his plumage changed in very early spring. 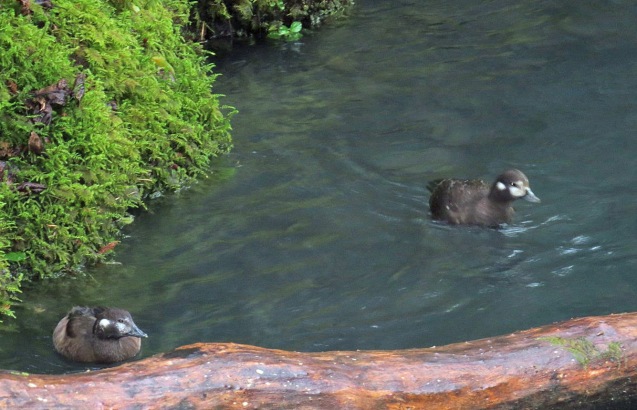 P.S. After I wrote my earlier August 8th non-post, we consulted with a veterinarian and after much agonizing decided that the time had come to end the horrible suffering of our dog Shar from the effects of cancer and the effects of the chemo drugs. I’m hoping that birding will help ease my grief.