Upon learning that it was likely to rain later today, I hurriedly drove south of Anchorage this morning. Although it was misty, the rain held off for awhile as I drove to Potter Marsh and then down the highway, past the smoking, burning hillside to Girdwood to Moose Flats and a portion of the Trail of Blue Ice.

At Potter Marsh, highlights of my half-hour visit were a very noisy Belted Kingfisher sitting on the boardwalk and a Bald Eagle in a rather nonviolent dispute over a dead fish on the mudflat (at least while I watched). 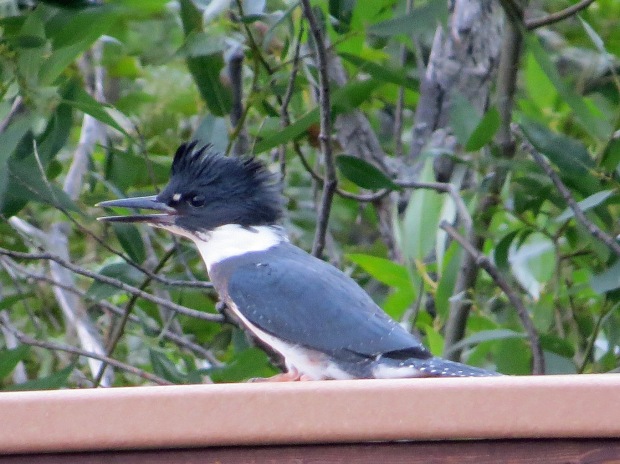 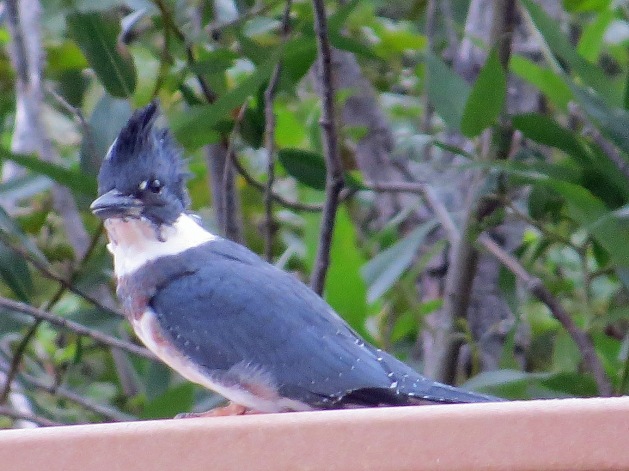 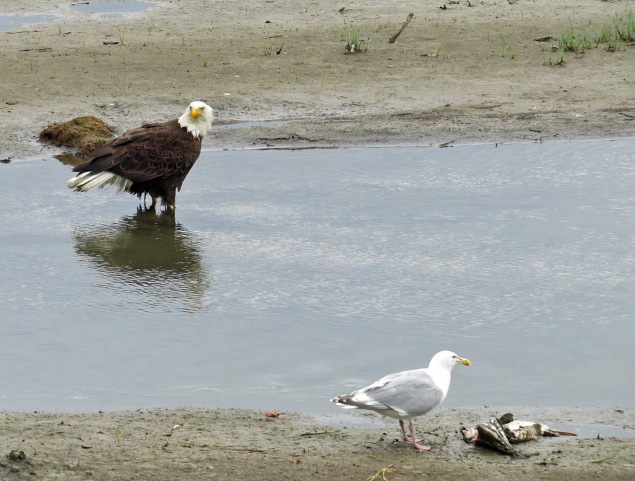 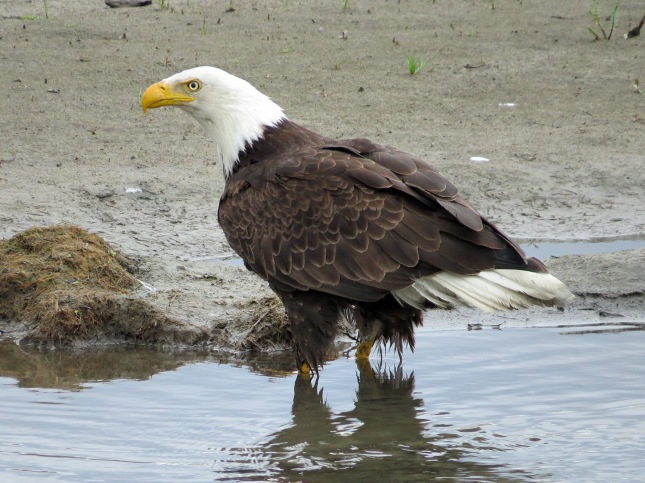 There were very few birds out and about as I drove down the highway, but even on this cloudy day, it was beautiful. 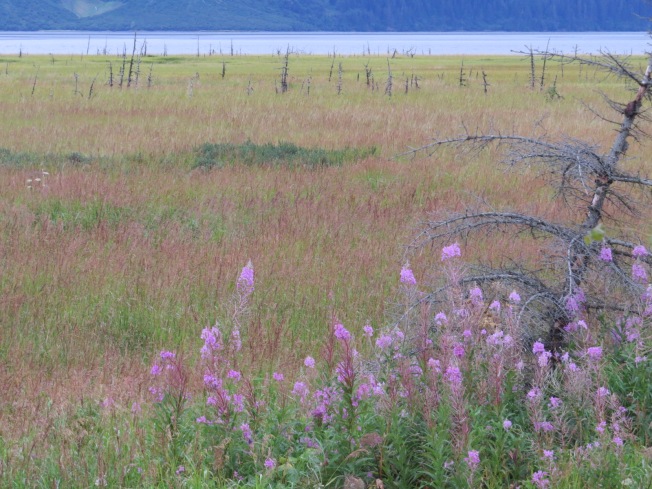 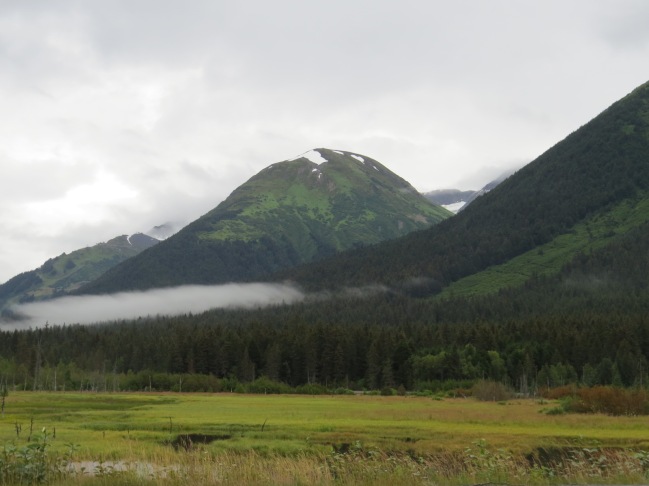 Before rain forced me to turn around on the Trail of Blue Ice, I heard a few Yellow-rumped Warblers, and saw a Solitary Sandpiper (my second of the year) in a nearly dried-up pond area. 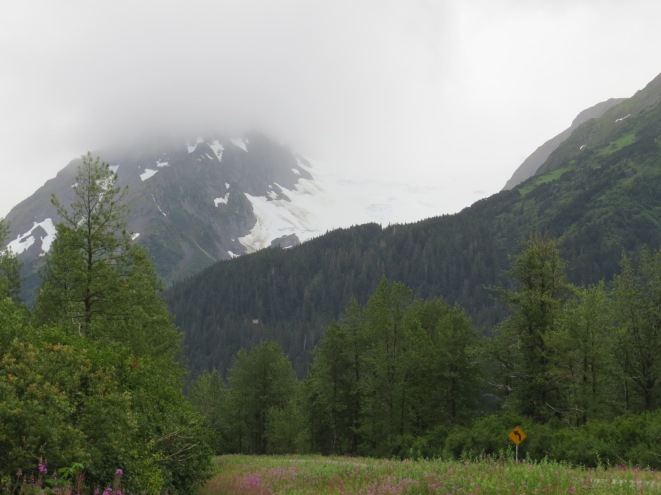 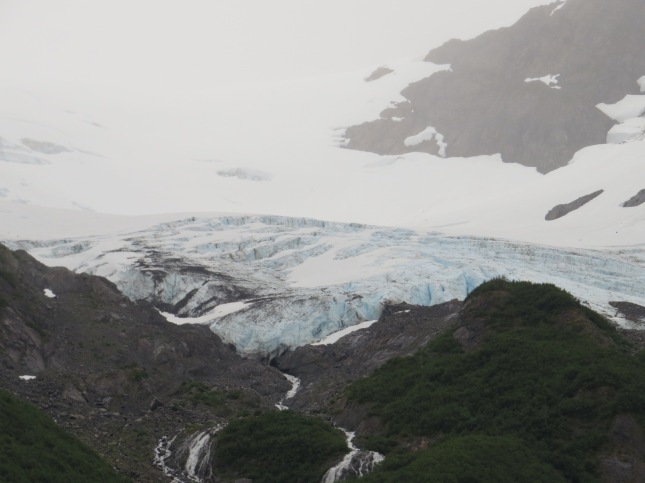 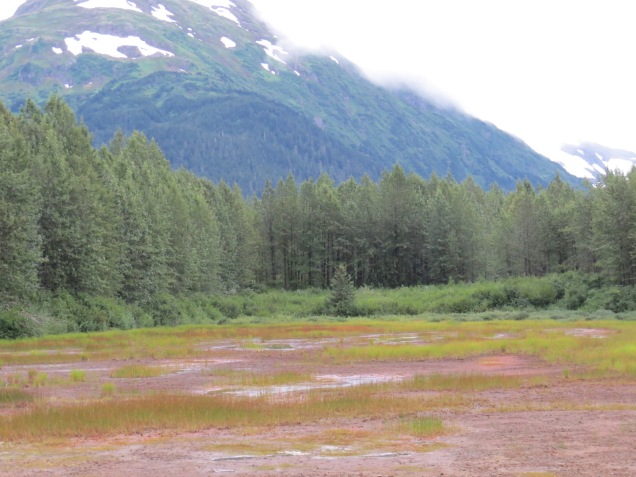 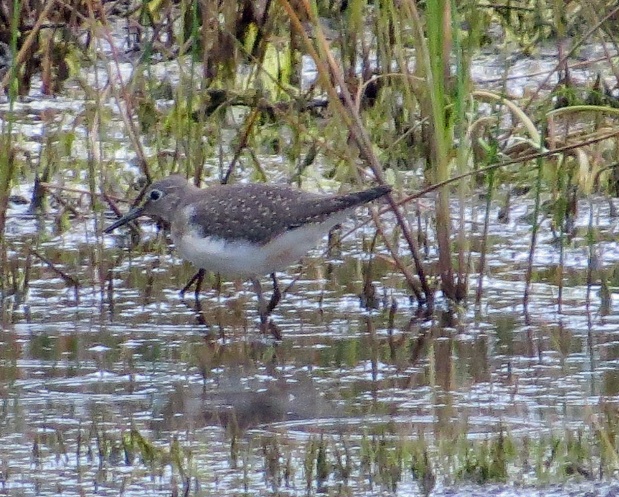 I was glad that the rain was heavy on my return to Anchorage, and I hope that the McHugh fire is dampened and drenched and stopped by now or very soon.

288 species for the year