Yesterday before I flew from Ketchikan to Juneau, I learned that Gus Van Vliet had posted that he’d found Red-eyed Vireo (multiple) and  a Tennessee Warbler in Juneau, so my plan today was to try for these two species. Early this morning I went to the Brotherhood Bridge area, and within about 5 minutes had found the first of two RED-EYED VIREOS. Although finding that they were around was easy because they sing loudly nonstop, seeing them well and getting a picture took a while. Other birds that were there were a Red-breasted Sapsucker, multiple Bank Swallows, Alder Flycatchers, American Robins including a few fledged youngsters peering out of the green leaves, Northern Waterthrushes and Song and Lincoln’s Sparrows.

As I was about to leave the area, Patty Rose arrived so the two of us went back to find one of the still-singing Red-eyed Vireos. Then we went to the Moose Lake Trail where Gus had found the Tennessee Warbler. At first all we could find in the area was a Northern Waterthrush which seemed to be trying to sound like a Tennessee Warbler. We explored a bit and then came back to find that the TENNESSEE WARBLER was there and was singing. Gus Van Vliet arrived and we birded more of the area and saw the Tennessee Warbler again. 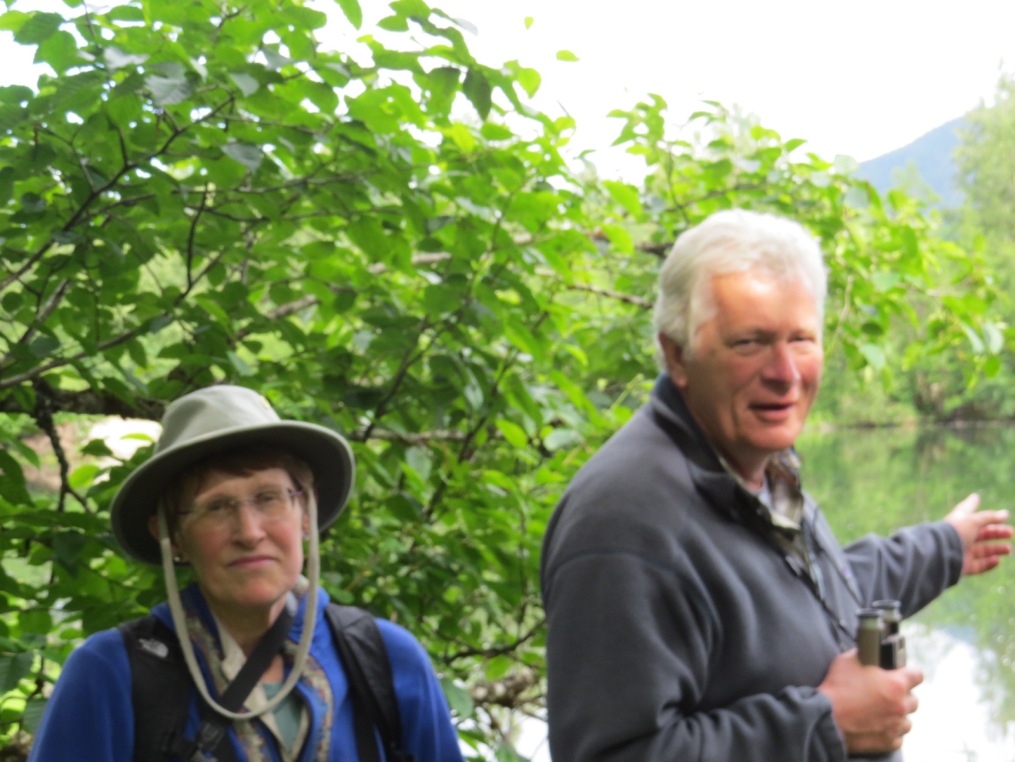 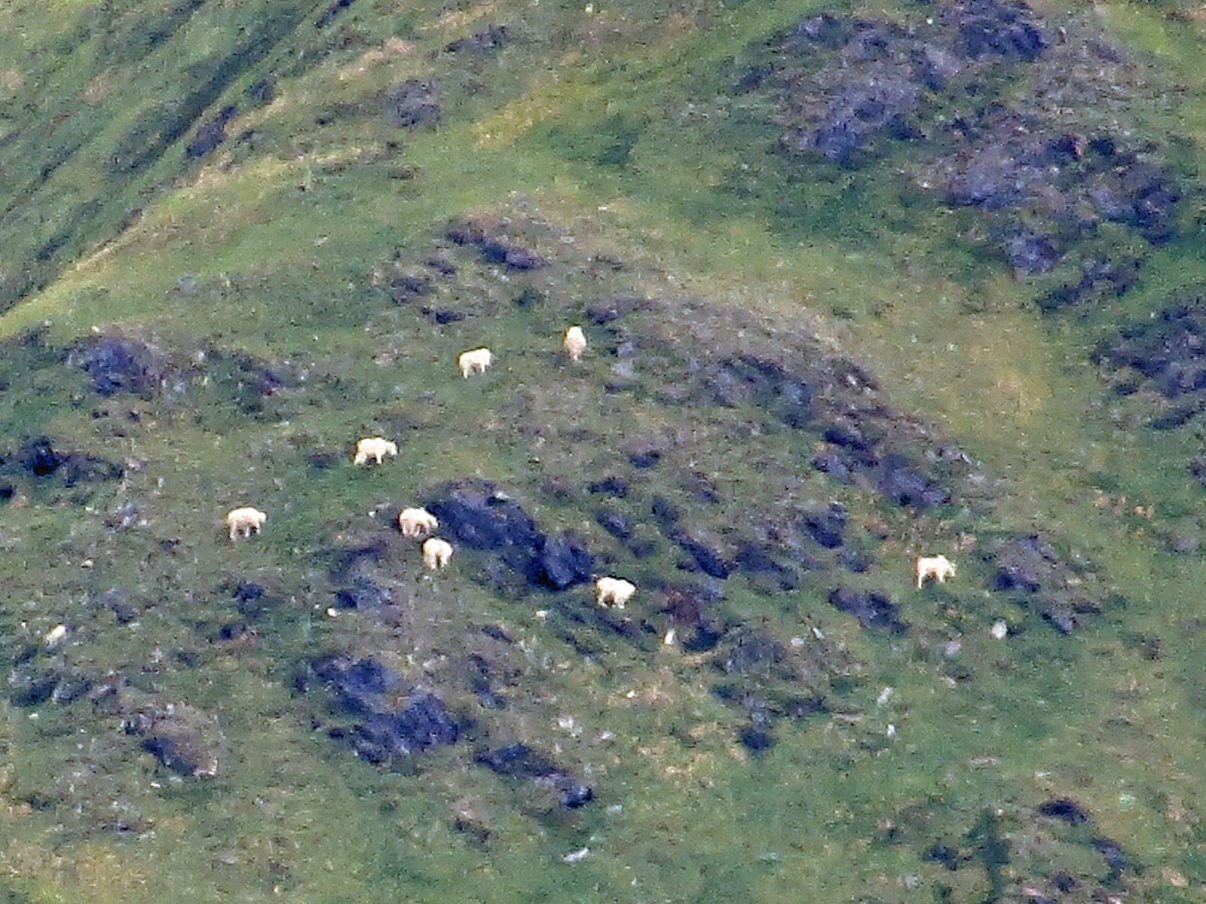 After lunch Patty and I went to the Mendenhall Wetlands dike trail. It was getting quite hot out and birding was slow, but we did see a small flock of Greater Yellowlegs, a single Short-billed Dowitcher and various sparrows and warblers. 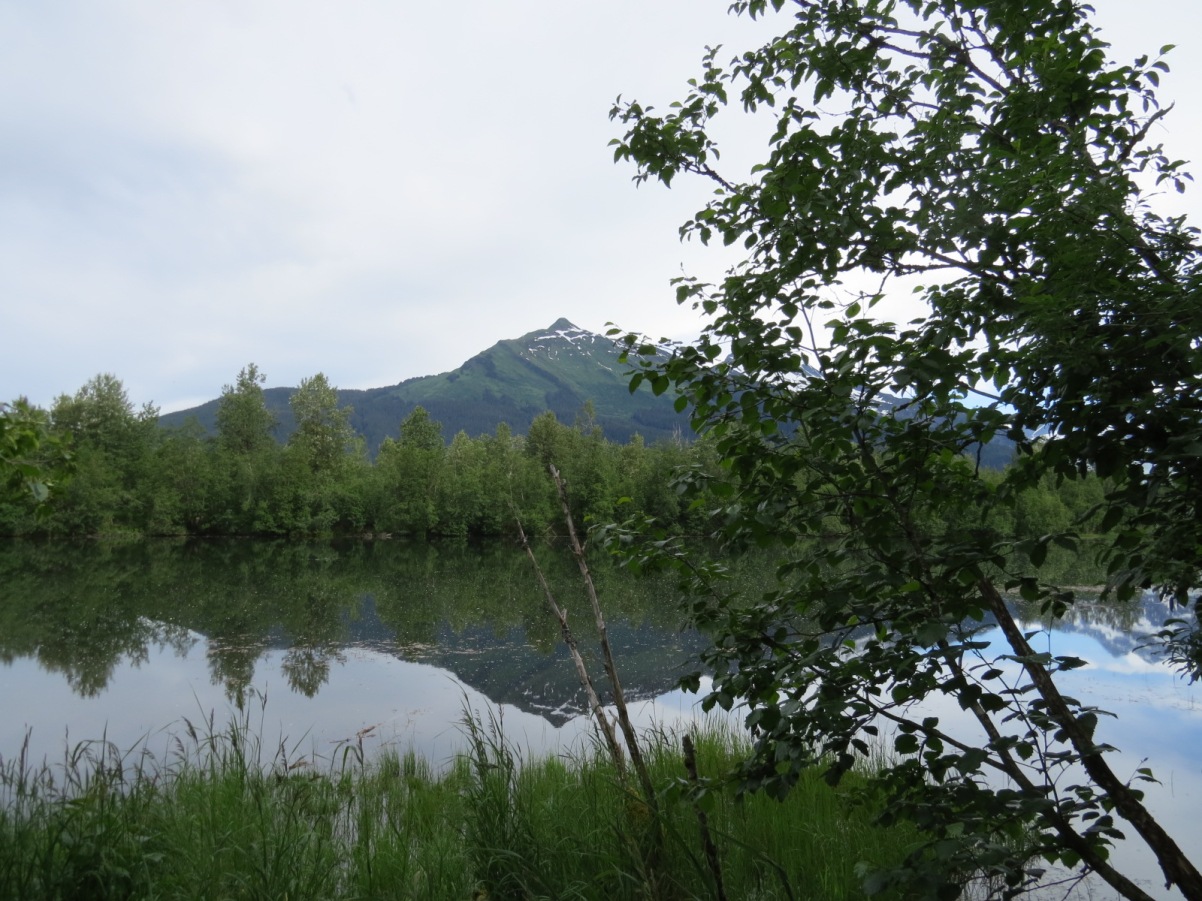 This evening I went to Eagle Beach, but the incoming tide did not bring closer any new birds. Tomorrow I’ll probably bird most of the same areas as today as well as additional areas in Juneau.