Steve Heinl, Louann Feldmann and I took the mail-plane (has 4 passenger seats) from Ketchikan to Hyder today. Hyder is about as far south as one can go in Alaska on the mainland and is right next to Stewart, British Columbia. An Alaskan birder goes there to get Canadian and lower 48 birds that are rare in the rest of Alaska.

We arrived about 12:30 pm (Alaska time) and birded most of the time until 9:30 Alaska time (10:30 in British Columbia). Today’s birding added 10 (!!) new birds to my year list. Especial thanks to Steve without whom it is unlikely we would have seen many of these birds!!

They include the following birds in order of being added to the list: Chipping Sparrow (first heard and finally seen); MacGillivray’s Warbler (only the rear shows in the photo); Western Tanager; Willow Flycatcher; American Redstart (not photographed); Alder Flycatcher;  Eastern Kingbird; Western Wood-Pewee; an astounding Veery seen late in the day after we heard it calling and then singing (very poorly photographed but seen well and heard often; we will hope for better pictures tomorrow); and Least Flycatcher (not photographed). 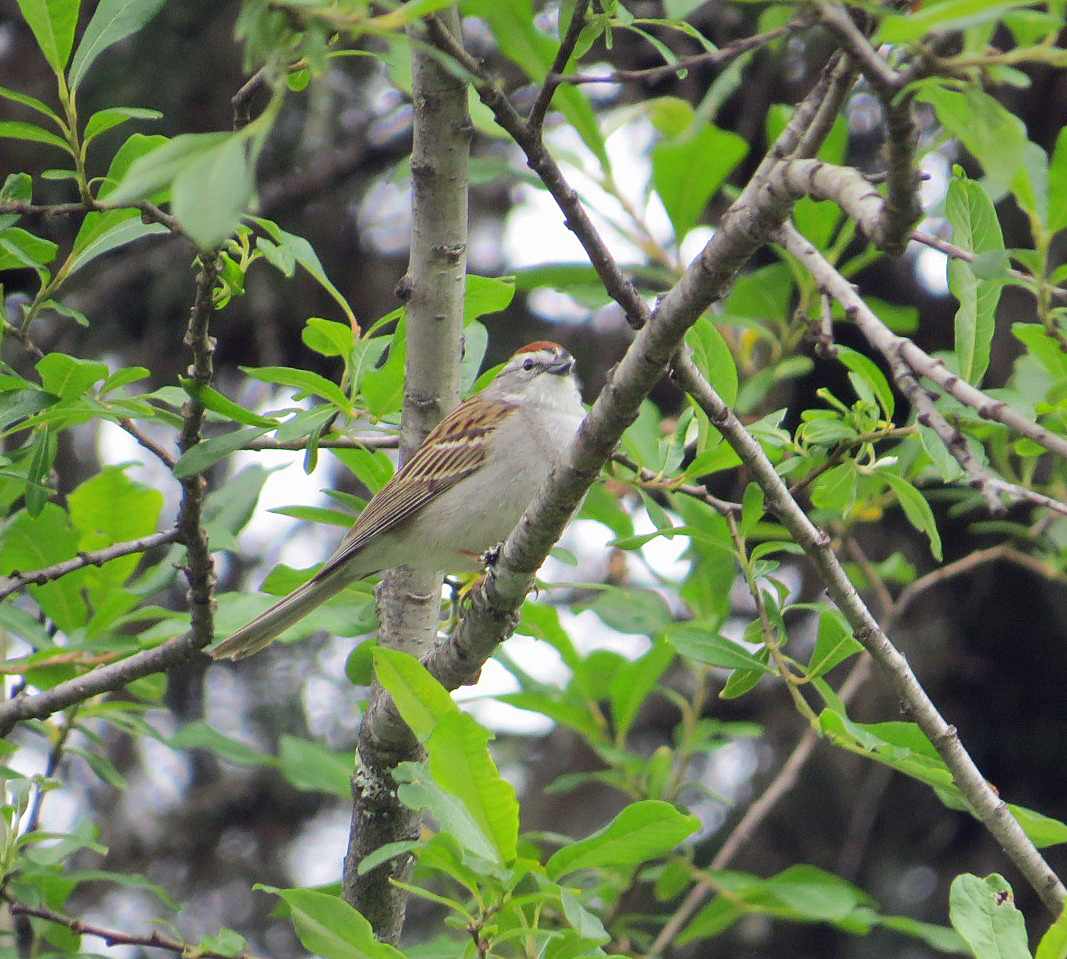 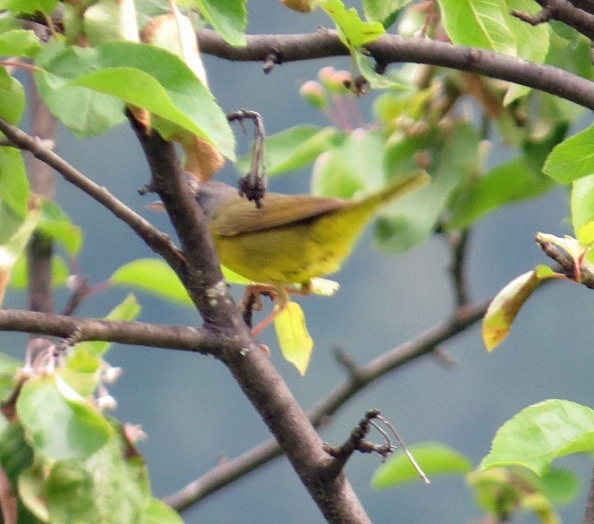 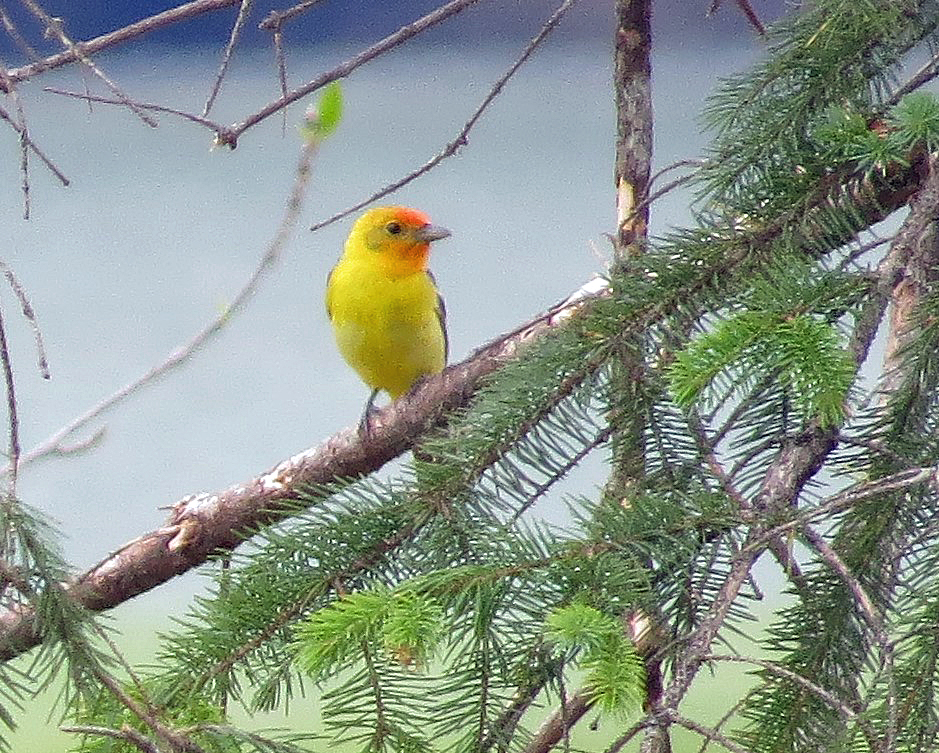 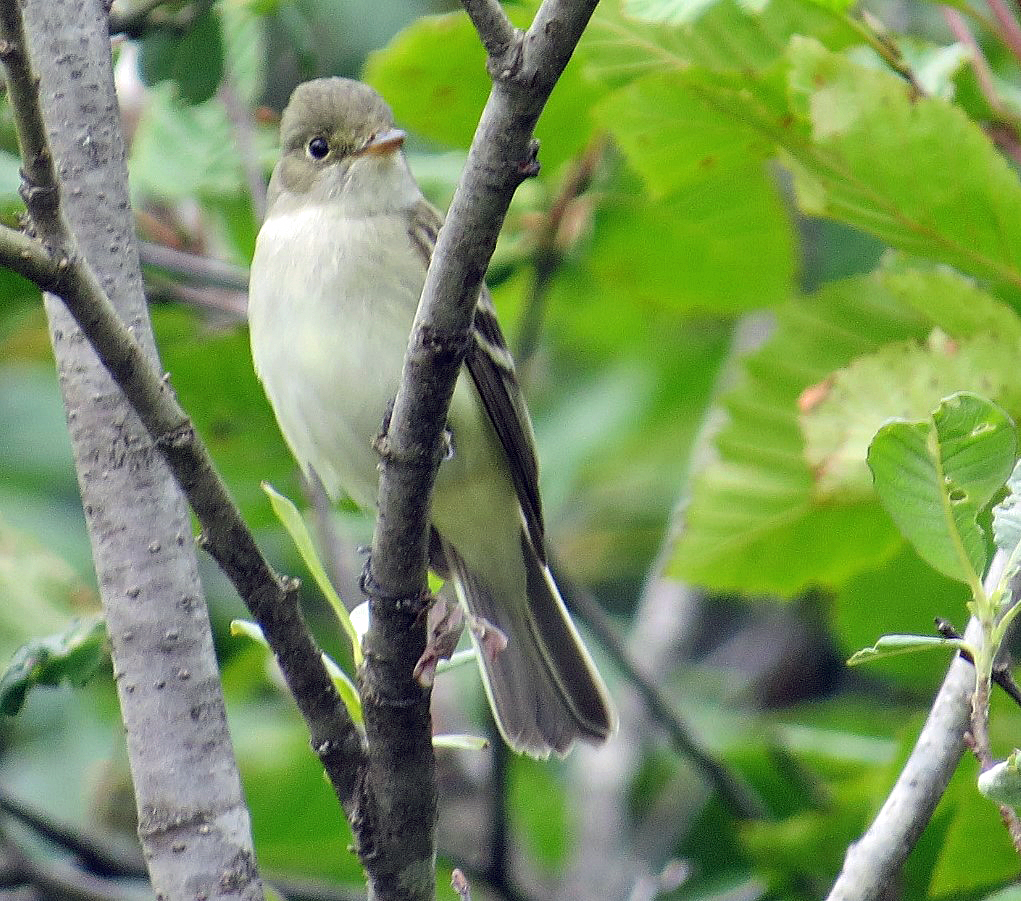 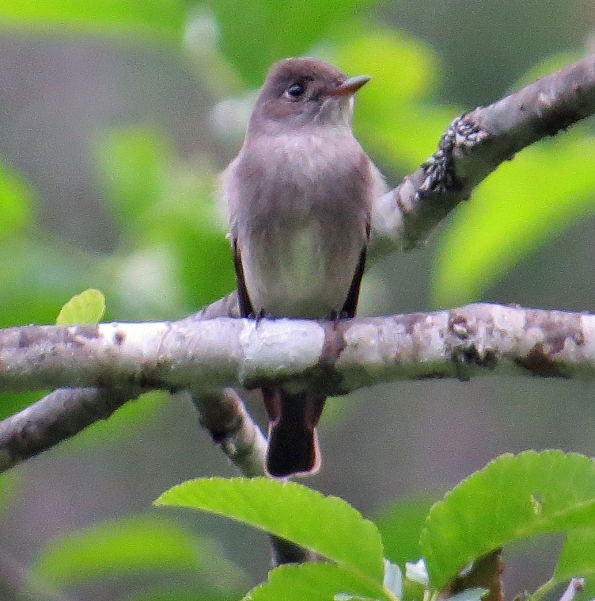 Tomorrow more Hyder birding. What is next?