This morning I flew from Juneau to Ketchikan, and by 8:00 I was on the road north to a yard where Steve Heinl told me Band-tailed Pigeons were being fed. As I drove into the yard I saw BAND-TAILED PIGEONS fly away. I decided to wait in my car (in the rain) to see if they would come back and allow a photo. While I waited a pair of Rufous Hummingbirds came to a feeder, a Northern Flicker called, a Steller’s Jay scolded me, and Dark-eyed Juncos hopped on the ground. Eventually Common Ravens landed in a nearby tree and came down to a driveway behind a building and then I could see the pigeons also coming back and landing out of sight. Finally one of them landed in a tree and let me take its picture. 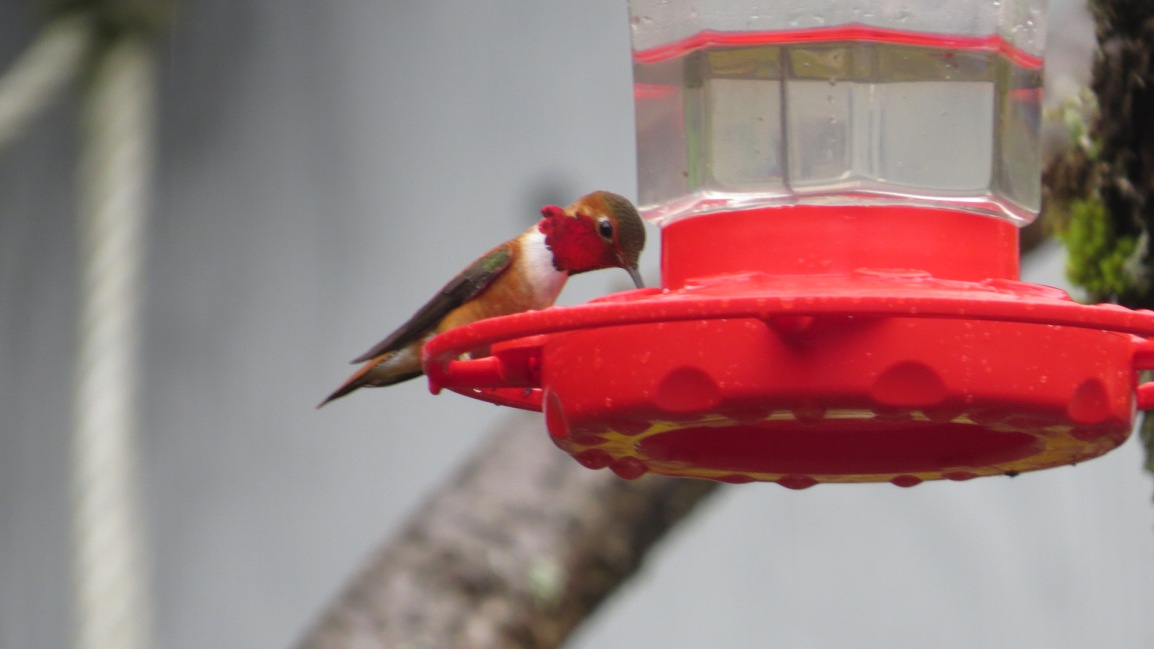 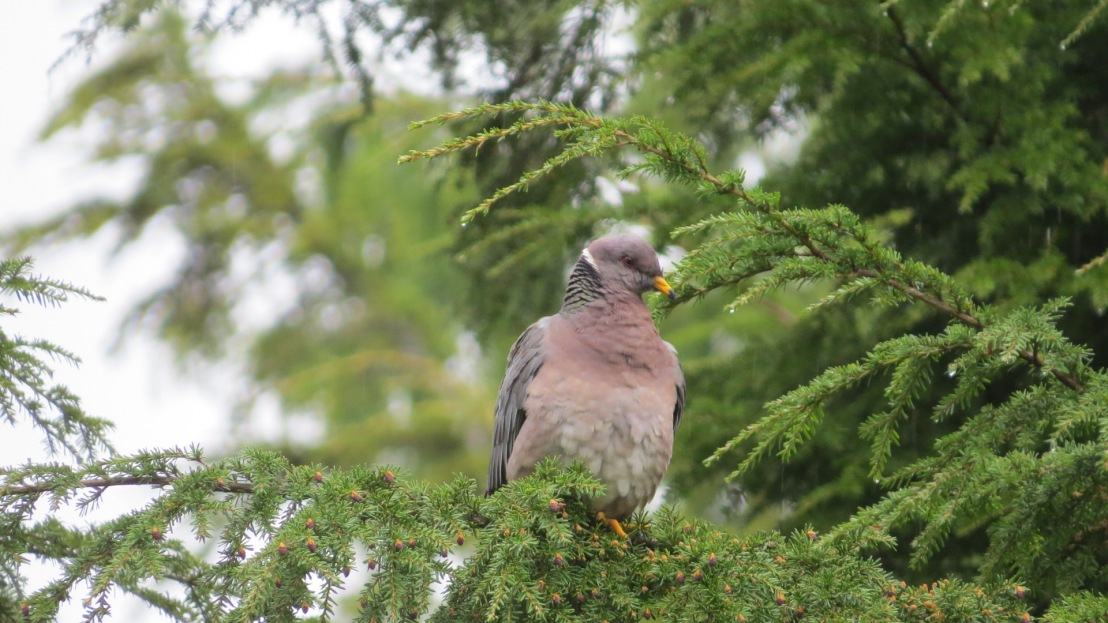 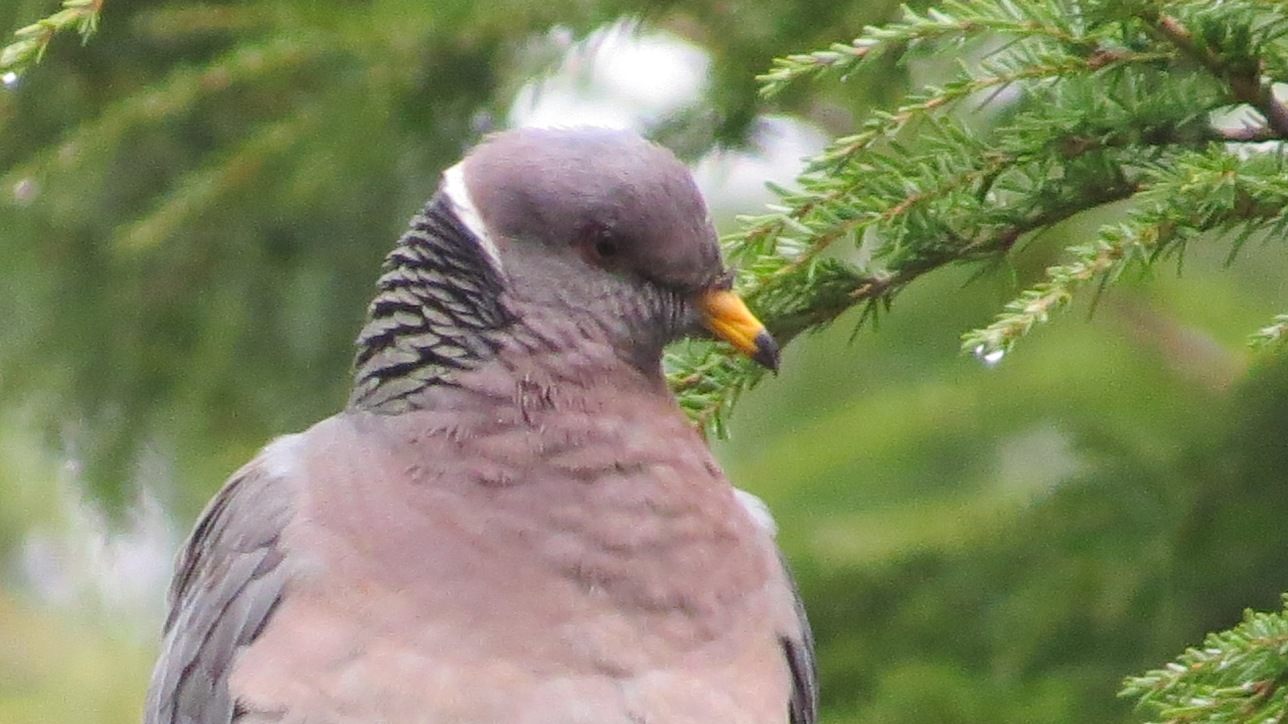 Just before 10 am I drove to Ward Lake to see what might be around. As I turned on to the road in to the lake I heard a TOWNSEND’S WARBLER and finally got to see it so I could be sure that was what it was. 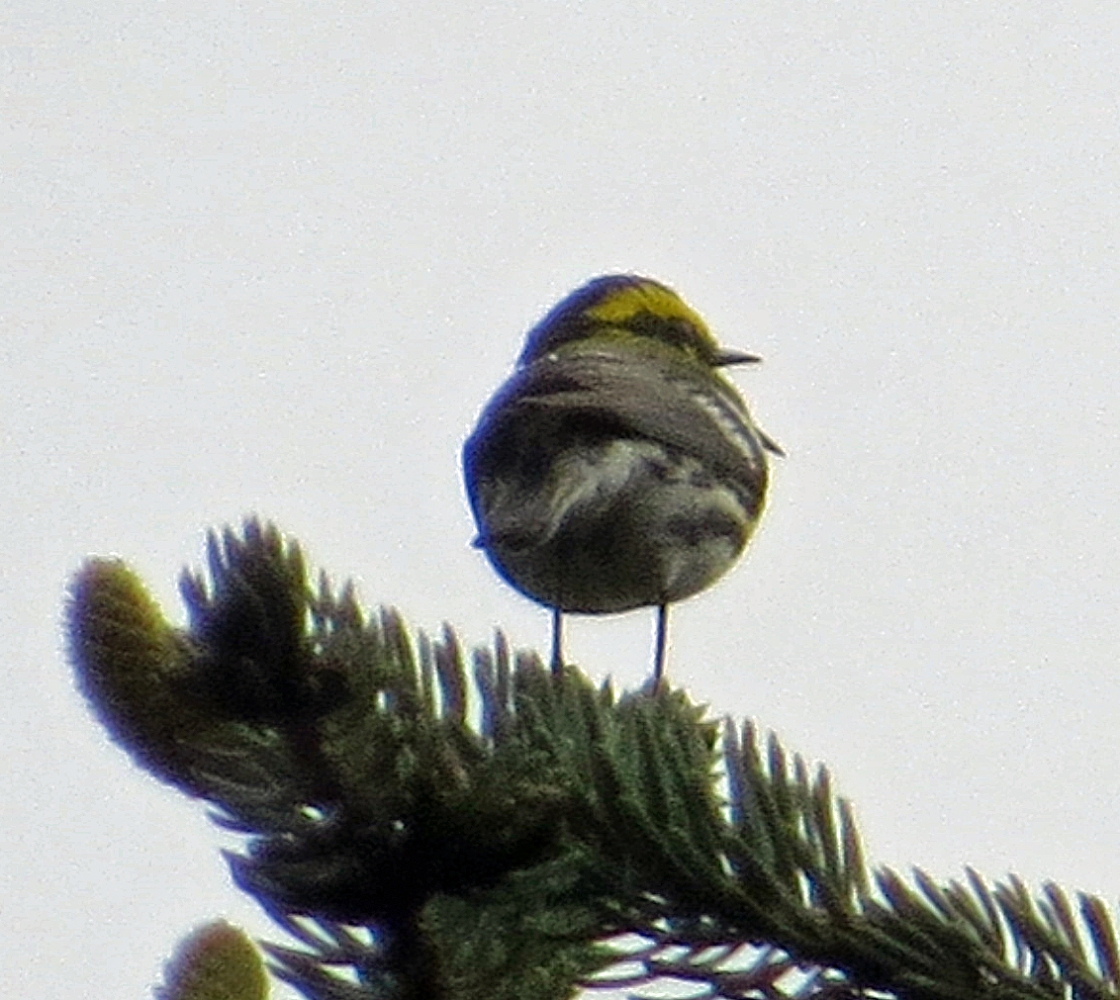 At the lake were more Townsend’s Warblers, Pacific Wrens, Least Sandpipers, a Greater Yell0wlegs, Song and G0lden-crowned Sparrows and a Golden-crowned Kinglet. Far out over the lake were swallows, m0stly difficult to identify at first until some of them came a little closer. I concluded that there were about 15 TREE SWALLOWS, 5 VIOLET-GREEN SWALLOWS, and 2 BARN SWALLOWS. Later when Steve Heinl and I came back to the lake at first there were no swallows at all, but when they finally returned, he agreed that the same three species were present. He also pointed out the call of a distant HERMIT THRUSH. 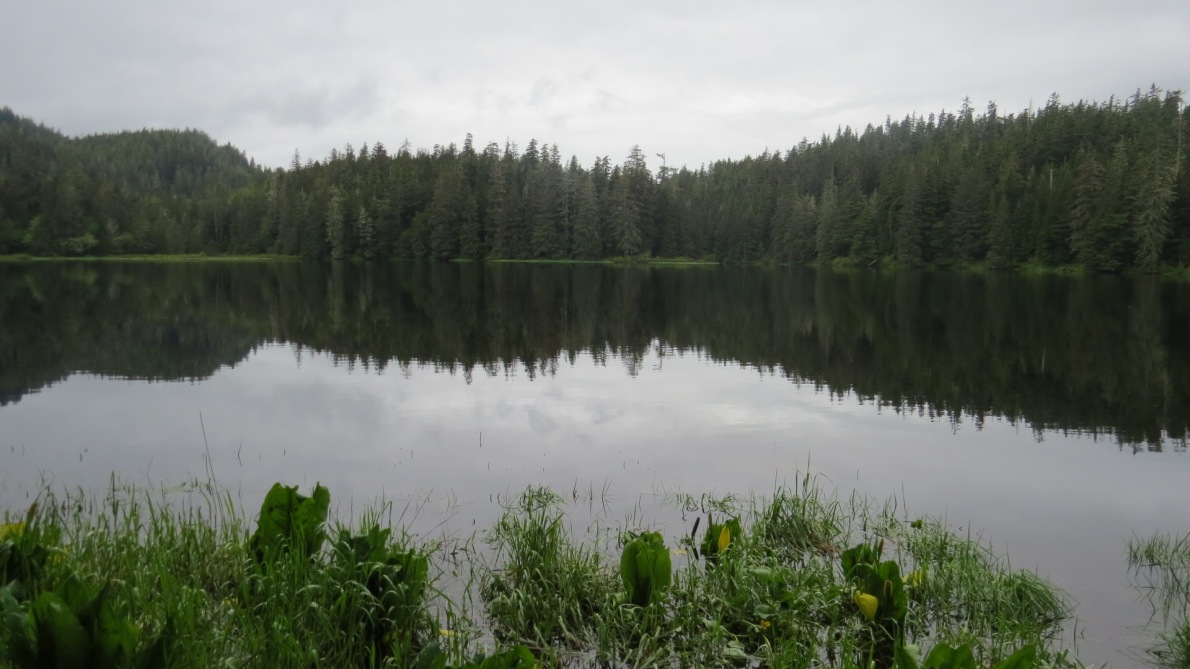 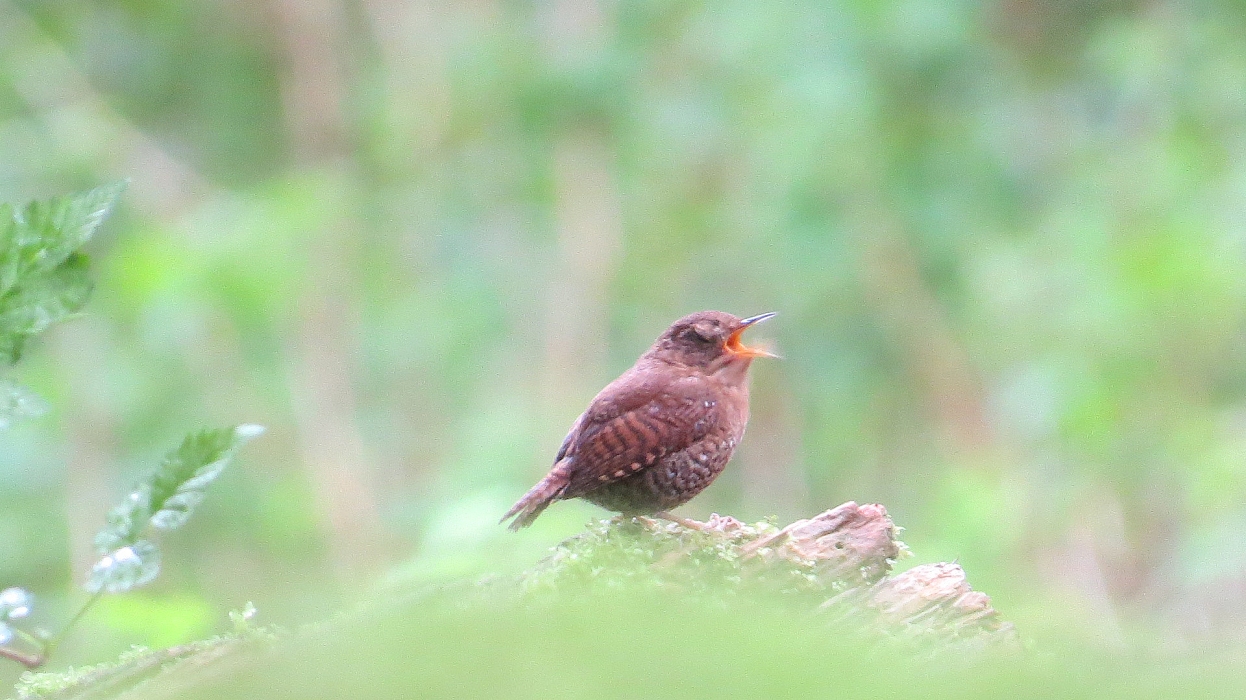 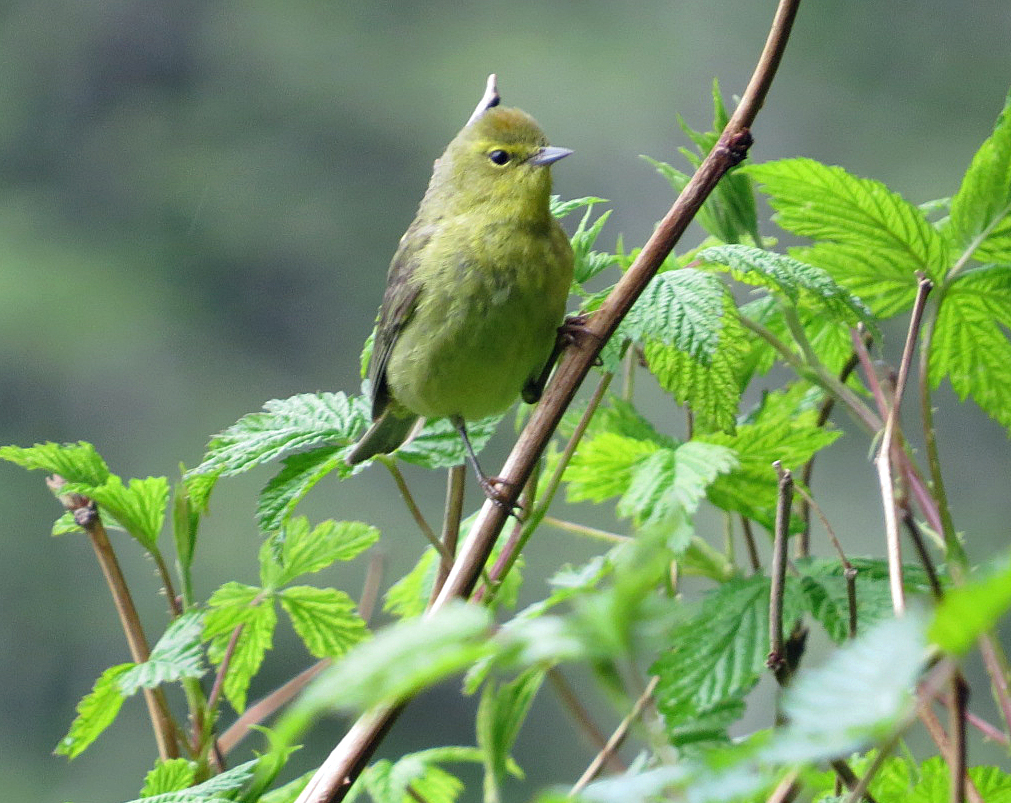 Steve had to leave about 3, but before he did he told me that a White-winged Crossbill was being seen at Jerry Koerner’s house, where we had birded in January. So, I spent about 2 hours this afternoon looking at the birds in the spectacular yard but the crossbill did not show. I did see many Pine Siskins, a Northern Flicker, Golden-crowned, White-crowned and Savannah Sparrows. Dark-eyed (Oregon) Juncos, Varied Thrushes and American Robins. I plan to try to go back there tomorrow. 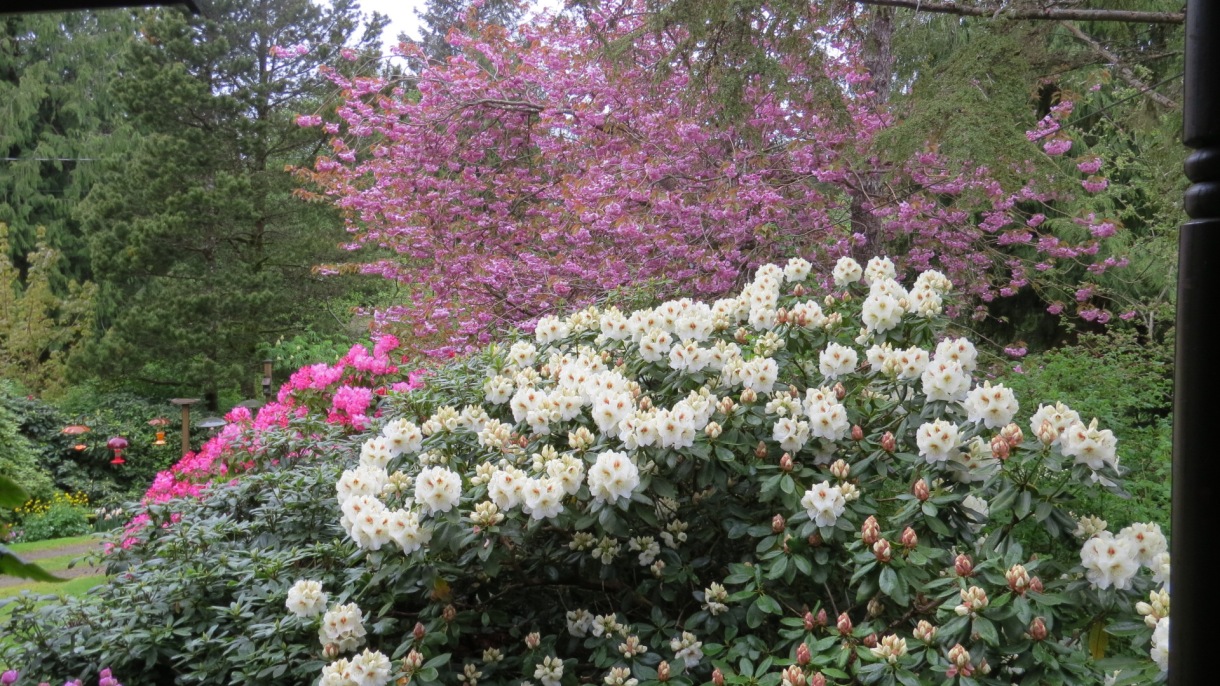 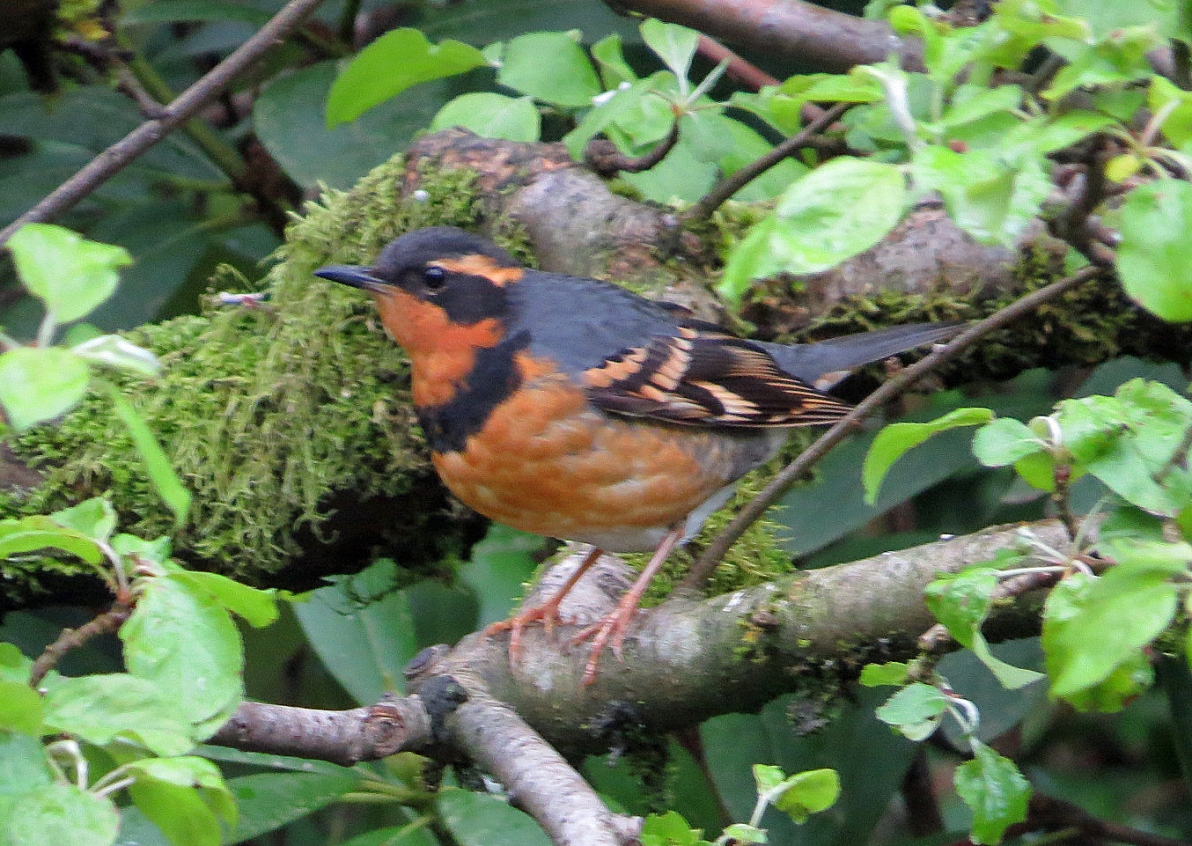 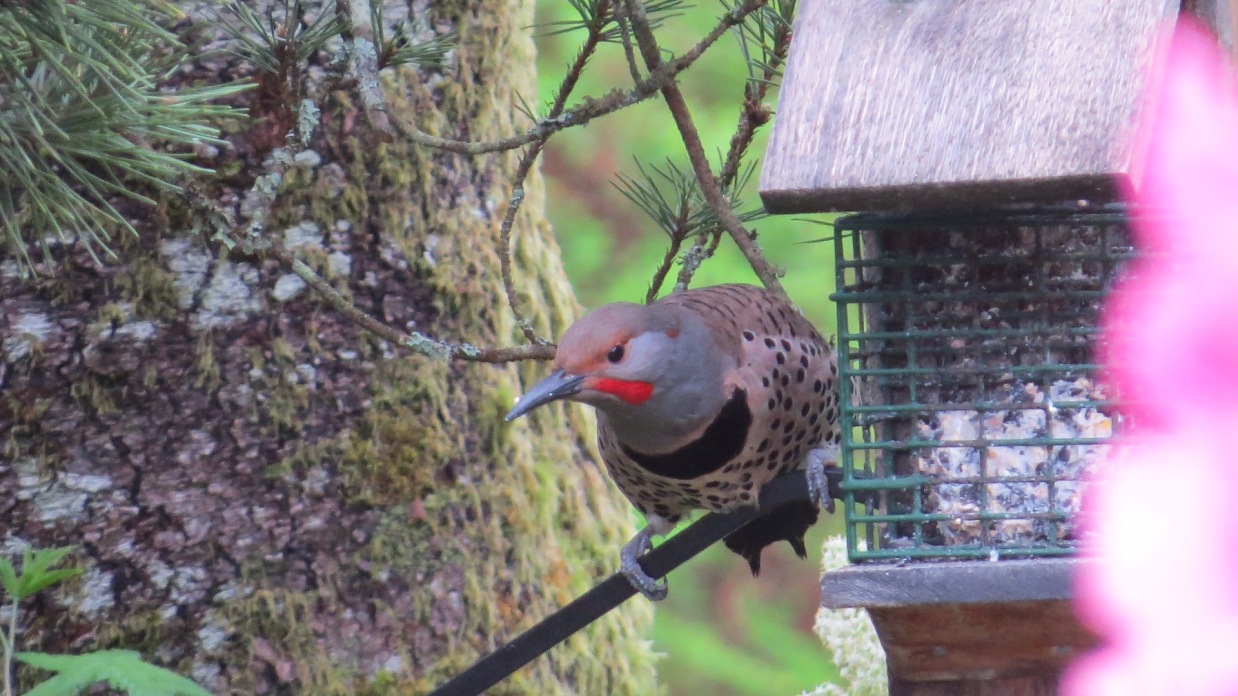 I spent some time before getting some supper looking at gulls near the Coast Guard Stati0n. They were mostly Mew and Bonaparte’s Gulls and not any rarities, but the day as a whole was very good birding with not much rain.