Although my meteorologist husband had told me the chances of rain for every day this week in Juneau were very, very high, I was still not psychologically prepared for the reality of the chilly rainy day. I arrived in Juneau mid-morning and Bev Agler agreed to go birding with me. My first goal was the Cinnamon Teal that had been reported a couple of days ago, but in spite of serious tromping around the mudflats and sightings of numerous Green-winged Teal, no Cinnamon Teal was spotted. I don’t know if he is a gone bird or not.

We drove farther out toward the north to a very nice roadside bog-pond. While we stood out in the considerably lessened rainfall, we heard the very low hoots of a distant SOOTY GROUSE. Shortly after that we heard a RED-BREASTED SAPSUCKER, much closer but also invisible. I expect I will hear both of them again, and will see a sapsucker. Everywhere we went Ruby-crowned Kinglets were singing noisily. There were also a couple of singing Orange-crowned Warblers and Dark-eyed Juncos. 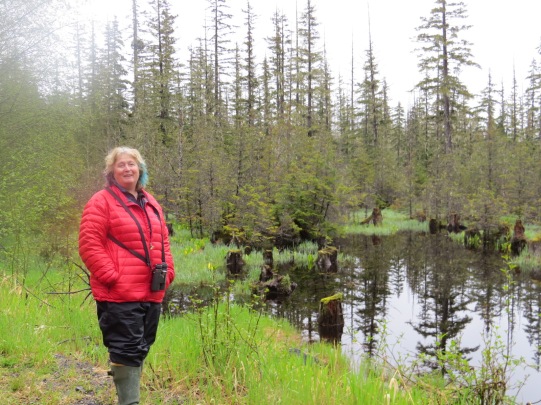 After I dropped Bev off at her car, I birded a couple of more spots in the rain. The golf course, which I have been repeatedly told can be a good spot for Mountain Bluebirds just had more kinglets and orange-crowns.

The Brotherhood Bridge trail was more productive. The greenery was particularly beautiful and lush.  In addition to a Northern Harrier, Steller’s Jay, Bald Eagle, and some singing Varied Thrushes, Ruby-crowned Kinglets, and American Robins, over the river were two twittering gray-brown VAUX’S SWIFTS arcing high and back down. I tried to follow them with my camera but they moved too fast and then they then disappeared completely. After that I was entertained by a pair of very noisy Belted Kingfishers chasing each other up and down the river, over my head and back again. Only rarely did they sit. 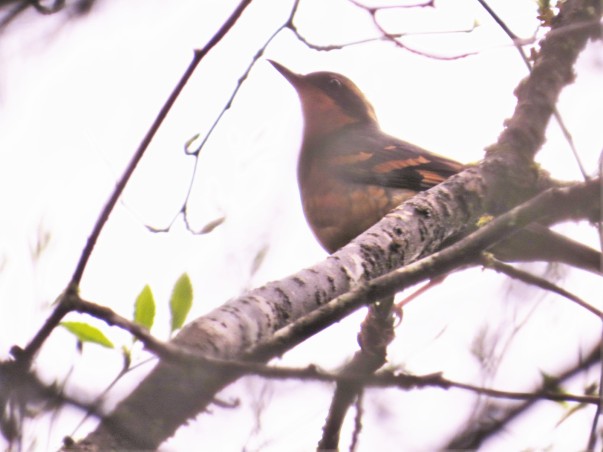 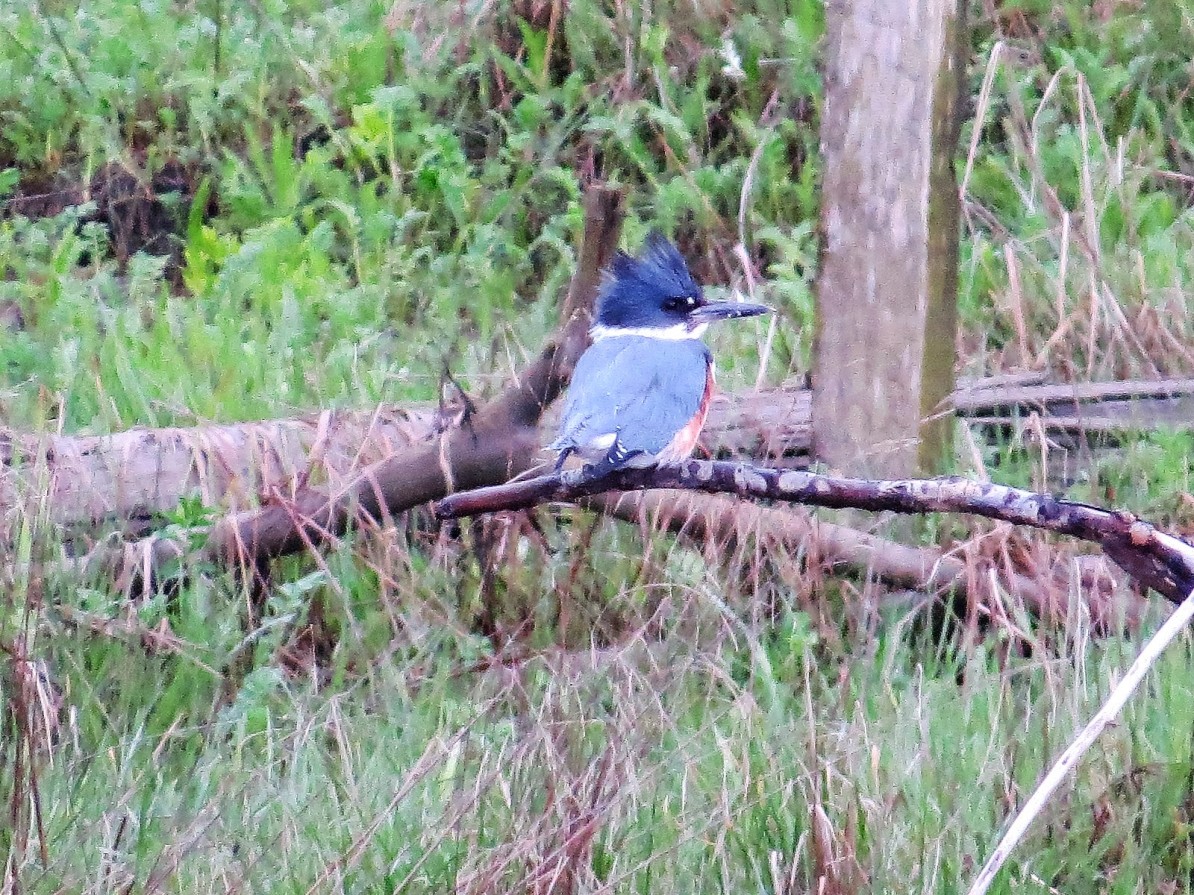 Tomorrow more Juneau birding. I am prepared for the rain but definitely would not mind if there were periods without it.