I arrived back in Alaska in the wee hours this morning, got almost 2 hours of sleep at home, then sang, played hand bells and recited a goofy recitation at our church’s April Aires celebration and then finally this afternoon got in some Alaskan birding.

The first new bird of the day was an ORANGE-CROWNED WARBLER singing in trees along Northern Lights Blvd. Eventually I will probably get a picture of one but not today. 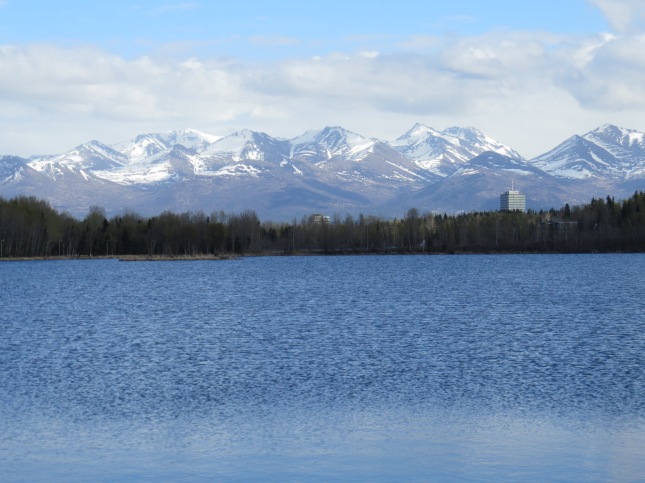 I went to Westchester Lagoon where the lake was ice-free. I was not studying the ducks very closely but I did notice that there were the usual ducks, including American Wigeons. A few Black-capped Chickadees were apparently eating overblown pussywillow buds.

I did easily get both my goal birds, ARCTIC TERN and BONAPARTE’S GULL, both of which had been reported while I was in Texas. There were about 8 Arctic Terns and about 40 Bonaparte’s Gulls on the lagoon itself and along the mudflats along the coastal trail near the lagoon. 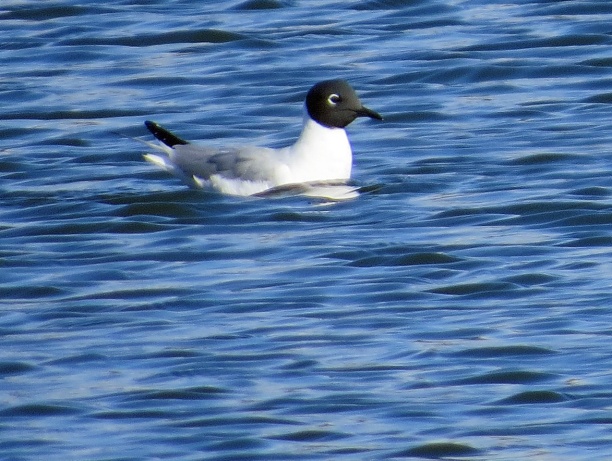 Tomorrow the plan is to head north for a bit of interior Alaska birding.