It was a windy blue-sky day today. 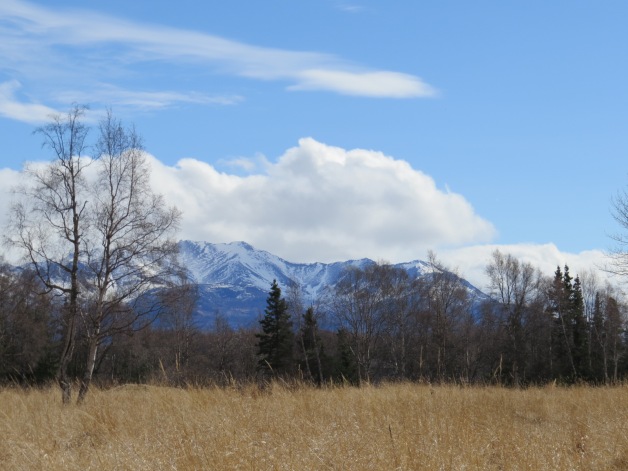 All of my birding was in Anchorage, beginning just after noon at the Campbell Creek Estuary Natural Area at close to low tide. Although there were Black-capped Chickadees, a Common Raven and a Red-breasted Nuthatch, the most noteworthy birds were Bald Eagles. About 10 minutes after I arrived, I was thinking about cranes and looked up to see if maybe some were flying over. What was up above was a small kettle of Bald Eagles (about 7, including two in adult plumage) gradually going upward, with the whole kettle drifting slowly northward. Down at my level were two immature Bald Eagles and an adult. The kettle was too high to find in my camera by the time I got the camera ready. I was only able to get a picture of the adult Bald Eagle that periodically coasted by just above the treetops. 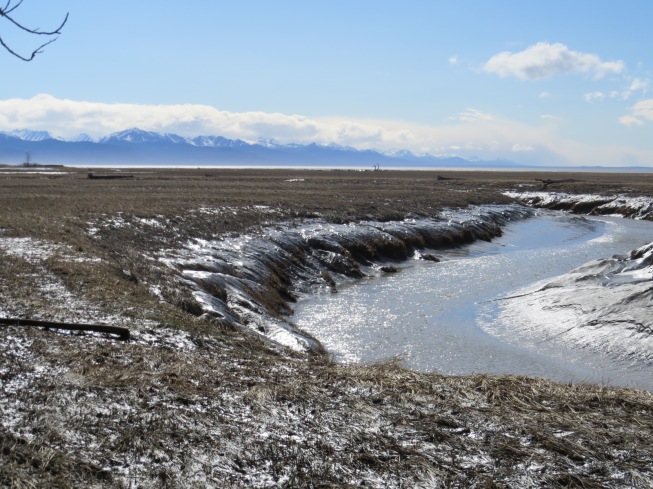 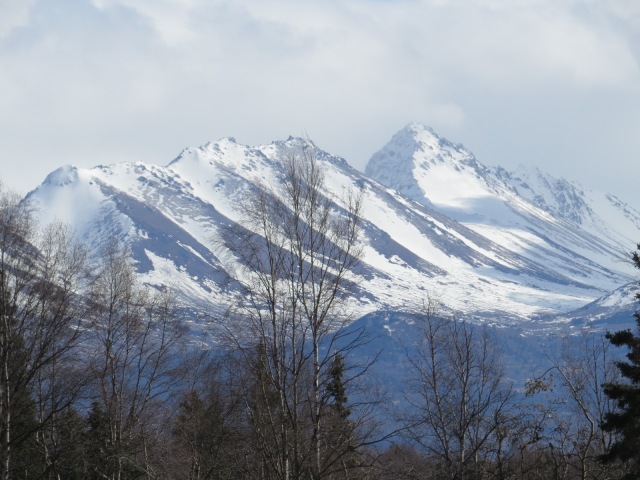 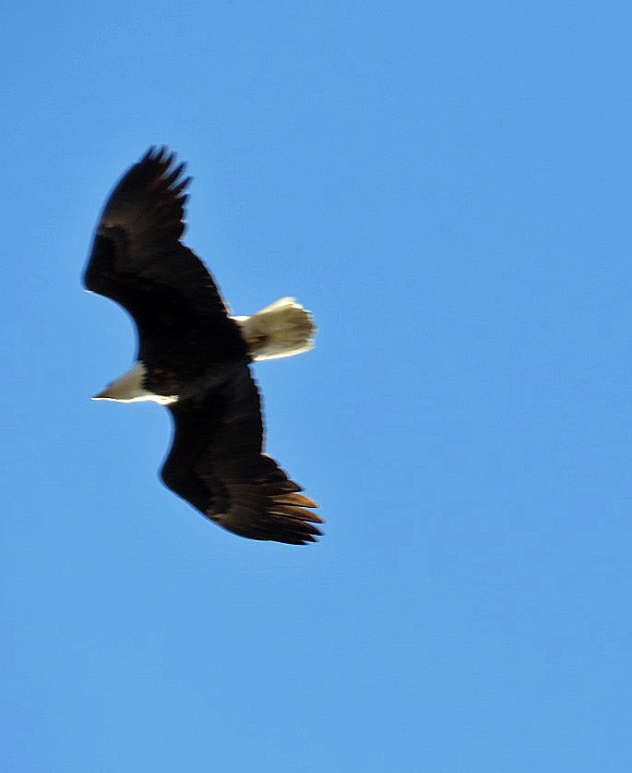 After I walked all the trails at the Natural Area, I went to Spenard Crossing where there were seven Canada Geese of various sizes (mostly preening so I could not get much of a view of them) along with the duck species that have been there recently. 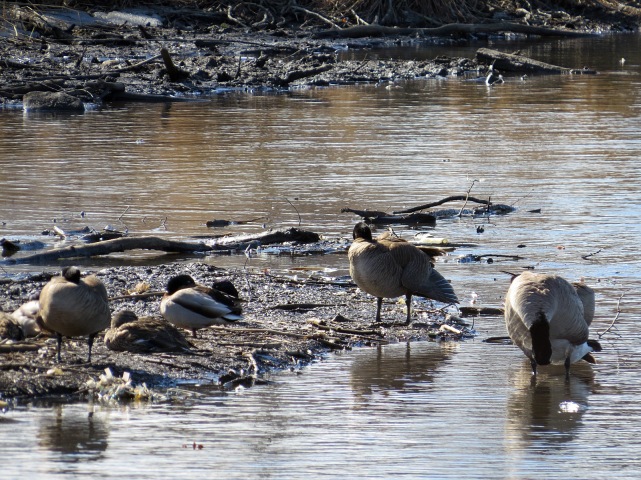 My last stop was at the mouth of Ship Creek. There were few birds there – just gulls (Herring-type but I did not really look at them) and Mallards. It was interesting to see that a huge ship was being unloaded of its colorful cargo, one of the few non-nature things that I have photographed lately. 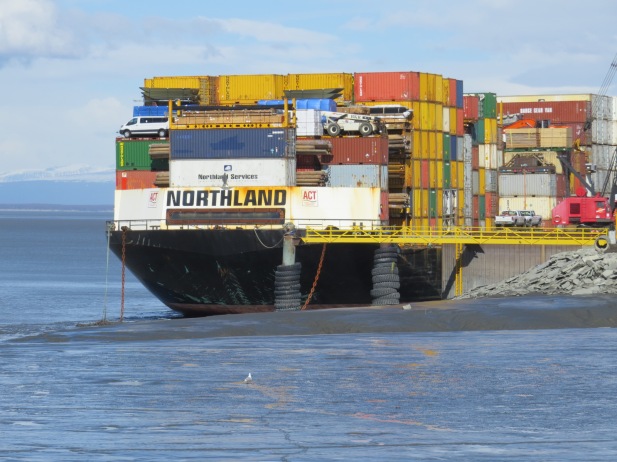 At home there were a few birds on the feeders – one Common Redpoll and one Hairy Woodpecker. It appears that with the snow being gone the birds are able to find enough to eat without spending much time at my feeders. 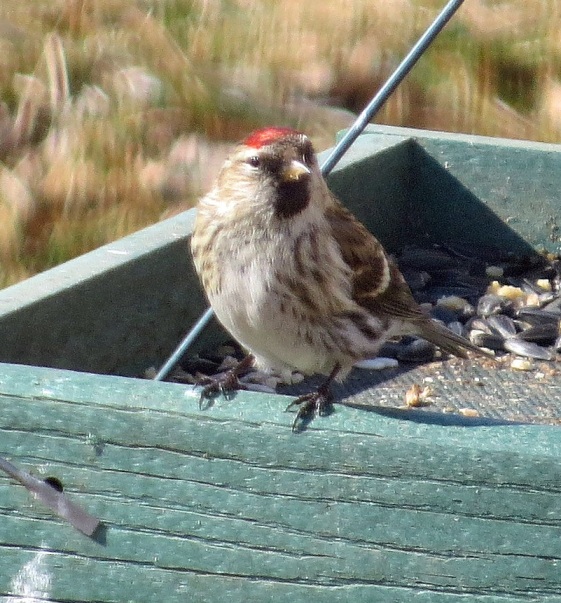 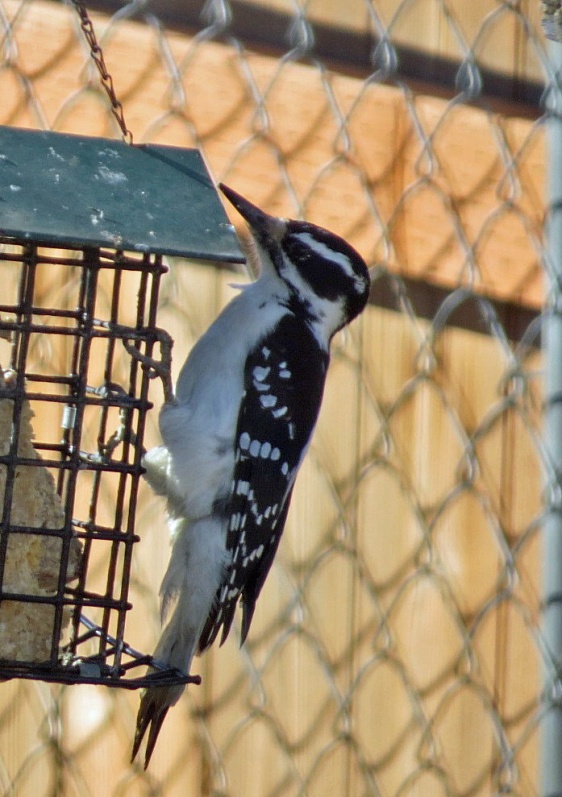