After a day at the hawk watch, today I was back to one of my regular local routes to see if anything new was to be found. I started at Potter Marsh just as the sun was hitting the southern mountaintops (before the sun disappeared for much of the day behind the clouds). The surrounding mountains were beautifully reflected in most of the puddles and lakes. 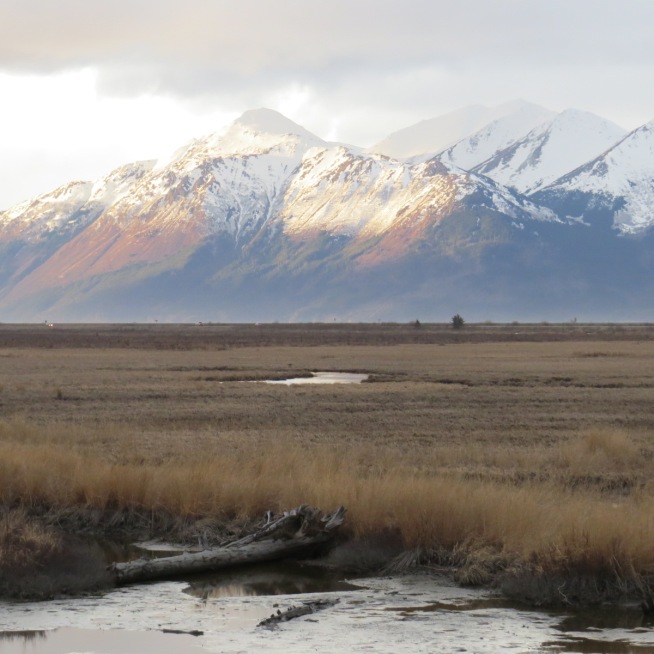 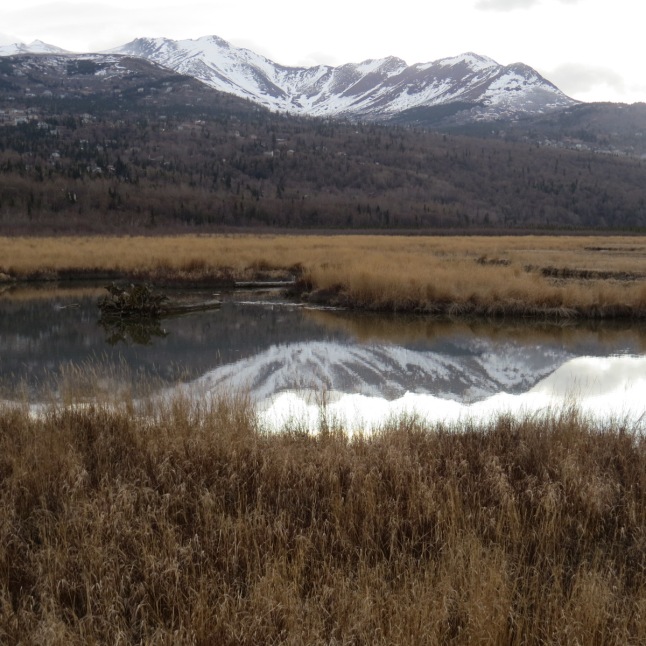 From the boardwalk I could see two of the four moose that l later saw from the road. 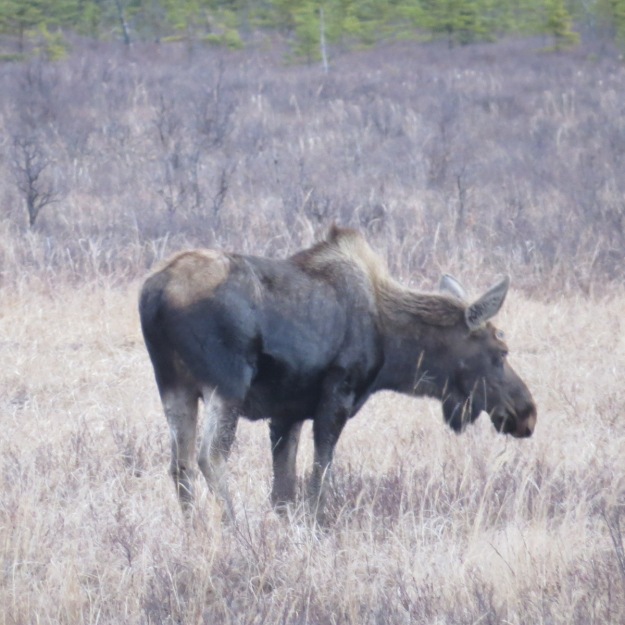 Near the boardwalk were three Green-winged Teal that did not stay around to be photographed. Far out in the marsh a Bald Eagle was hopping on the ground just beyond the shallow ponds where there were four Trumpeter Swans, a couple of Gadwalls, four Northern Pintails, many Mallards and distant miscellaneous gulls (likely Mew and Glaucous-winged).

At Girdwood, more Canada Geese had arrived and the Green-winged Teal stayed for photos. The geese were far out across the wetland so I could not tell if the couple that were substantially smaller had a chance at being Cackling Geese. There were at least four Bald Eagles, two immatures of which were hanging out together on a dead tree in the marsh. 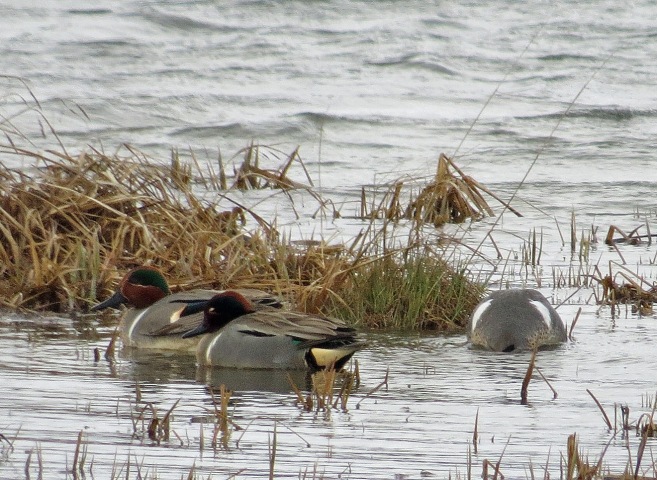 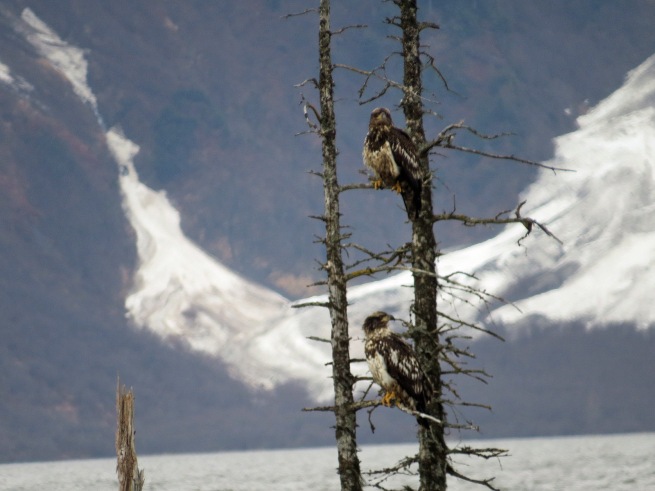 Just past the road to Portage Glacier where the swan concentration has recently been the highest around there were two groups of Trumpeter Swans, with 11 in one spread-out group and 9 in another tightly clumped group. 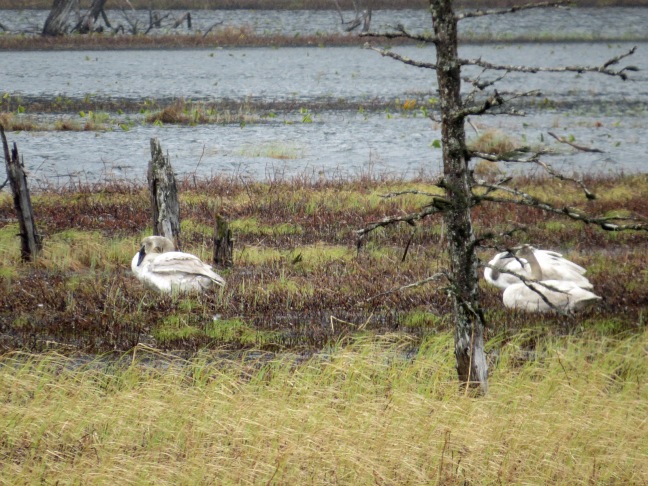 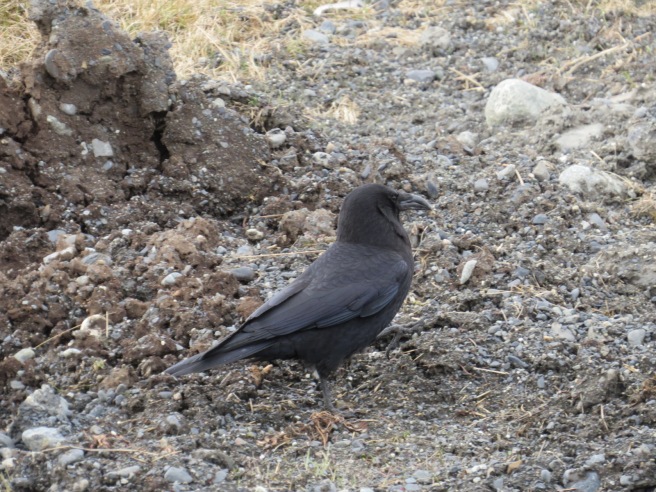 On the drive back to Anchorage, I checked out Potter Marsh briefly on the way past and saw a single Red-necked Grebe hanging out with two of the swans. 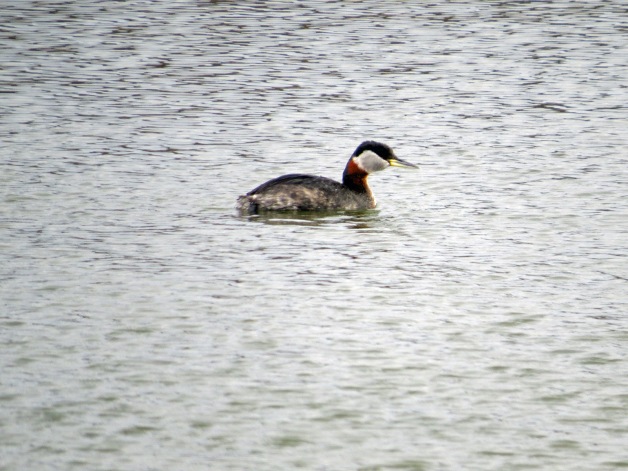 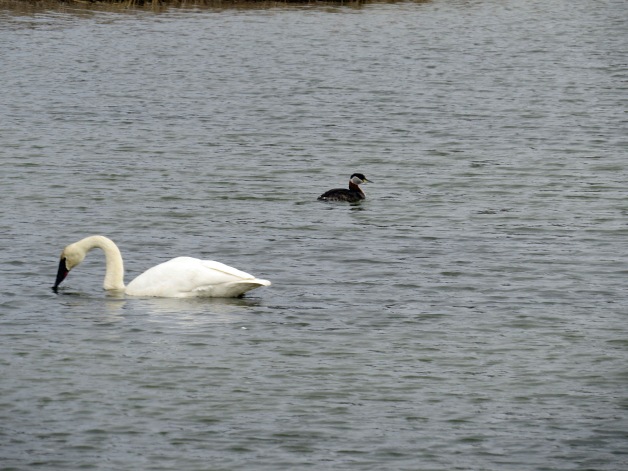 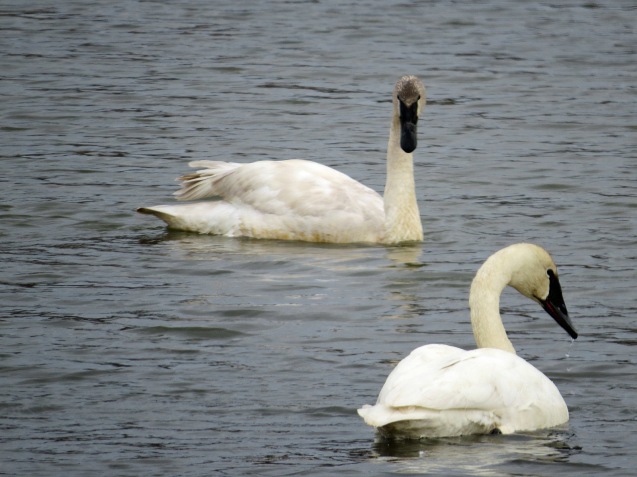 My final birding was in the Spenard Crossing area. Signs of winter are mostly gone, with the creek no longer framed by shelves of snowy ice. Only small frozen icy areas remain under some of the trees. Many of the bushes are beginning to show bright green buds on the tips of the branches. It is possible that spring is on the way! 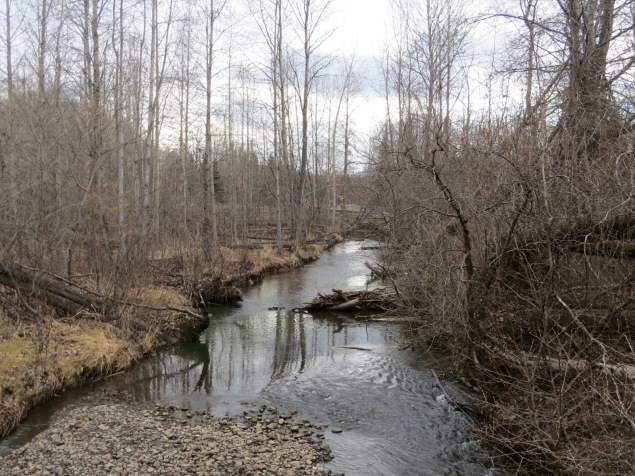