The goal for today was White-tailed Ptarmigan. To that end, four other people (Louann Feldmann, Mike Herndon, Dave Sonneborn and Keys) and I drove up Arctic Valley Road in north Anchorage to the end of the road. We put on our hiking gear, including snow/ice traction devices for our feet and walking poles, and climbed up to the top of an area where all three ptarmigan species have been seen. 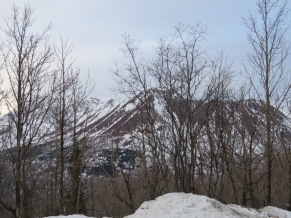 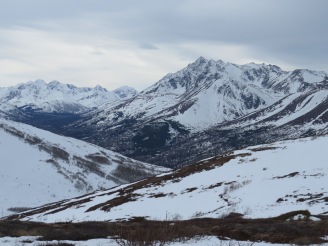 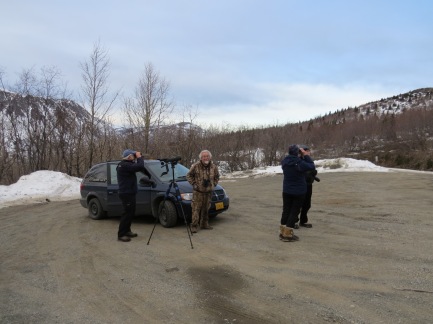 Today our ptarmigan sightings were limited to Willow Ptarmigan, which although beautiful, were not the goal. We possibly heard a White-tailed Ptarmigan but not surely. We had to inspect the tails of each of the nearly completely white birds that we did see, but in each case, there was a tiny sliver of black and not a completely white tail. So I need to keep trying for them. I’m sincerely hoping that White-tailed Ptarmigan does not become a nemesis bird (see my most recent ABA blog post (blog.aba.org), scheduled to run tomorrow, about owls that have been and are nemesis birds for me). 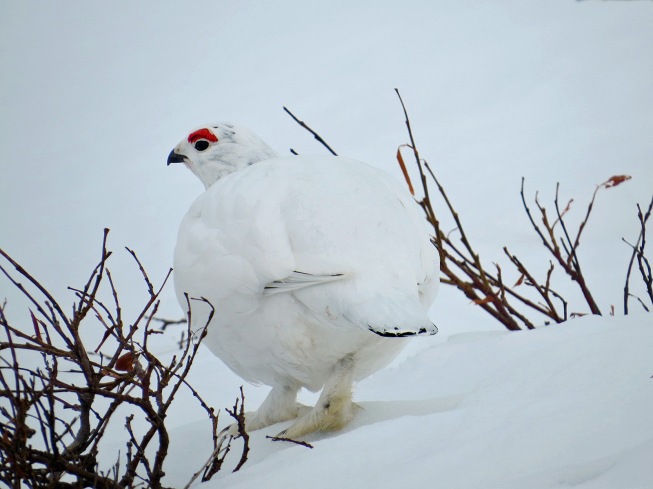 The only other bird on the mountain hike was a single Northern Shrike. We were clambering over and across snow and low bushes and tundra vegetation for about 4 hours. Our exertions kept us warm as there was little wind and the temperature was mostly just a little below freezing.

Shortly after I got home, there was a text from David Sonneborn who had just found a Tundra Swan at Spenard Crossing. In central Alaska, Trumpeter Swans are the usual swan and I has seen many of them this year but no Tundra Swans. So, I raced over there and immediately saw the swan out in the middle of the water. Unfortunately, it was sleeping with most of its beak tucked out of sight. The little bit that I could see did not seem to have any yellow on it and I was worried that it was just a Trumpeter Swan, and therefore not a new bird. Finally the swan pulled its head out a little bit more. When I zoomed in on it and took a picture, I realized that there was a little bit of yellow on the beak and (with Dave Sonnerborn’s help) that the shape of the black around the eye was better for a TUNDRA SWAN than for a Trumpeter Swan. A very, very nice consolation prize for the day. 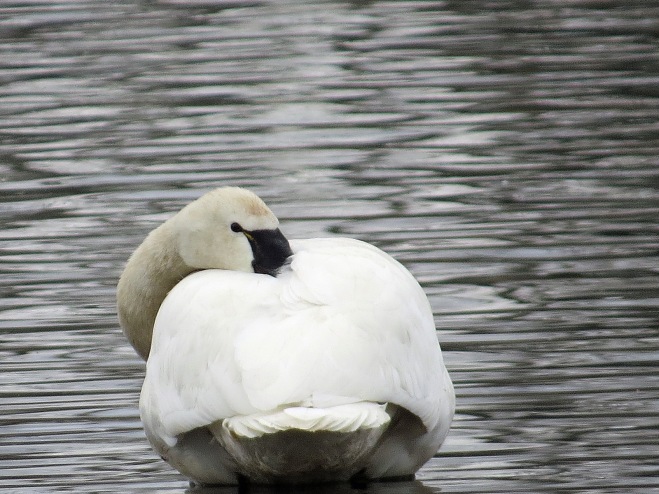 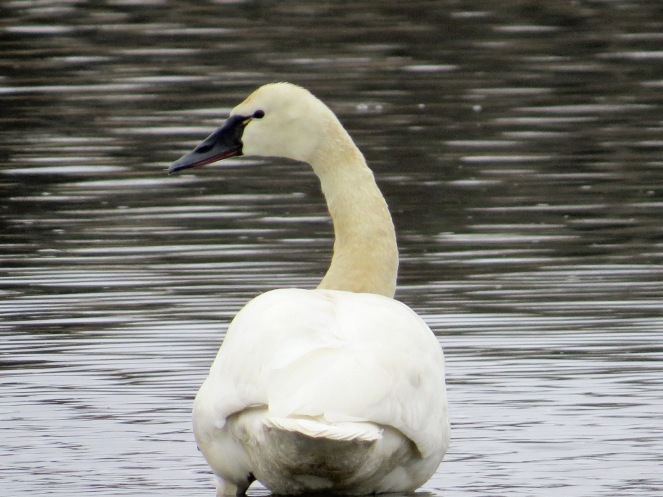