I took a plane to Sitka this morning to try to get the reported Wood Duck. 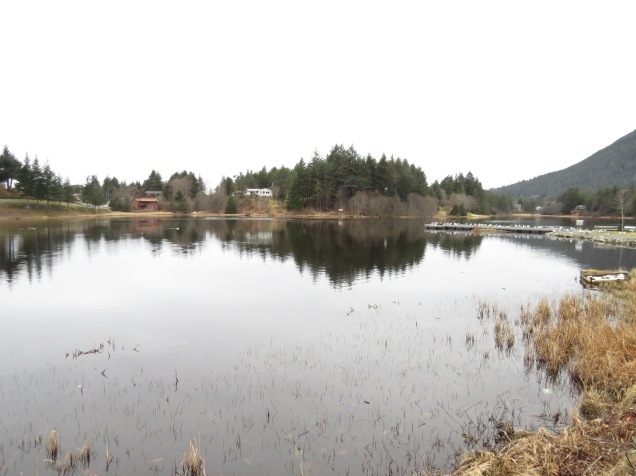 Within 3 minutes of getting to Swan Lake, which is a couple of minutes from my motel, I saw the WOOD DUCK. As reported, he was hanging out with Mallards out on the lake. A little while later, a woman with a bag of bread crusts walked up and all the Mallards raced over to her. The Wood Duck stayed in the water for a while, but then hopped ashore and cautiously approached the Mallard feeding frenzy. Before he reached the bread crumbs, a loud noise nearby scared all the ducks back to the water. 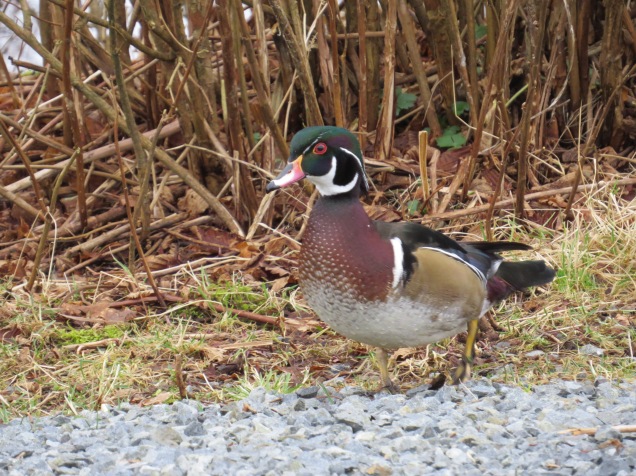 In addition to these ducks, there were American Wigeon, distant scaup and RING-NECKED DUCKS, also new for the year.

Shortly after that, Matt Goff, a Sitka birder who had reported on the Wood Duck, arrived to take me birding.

We drove around Sitka, seeing beautiful forest and seaside views.

But my favorite bird of the day was the beautiful Wood Duck! 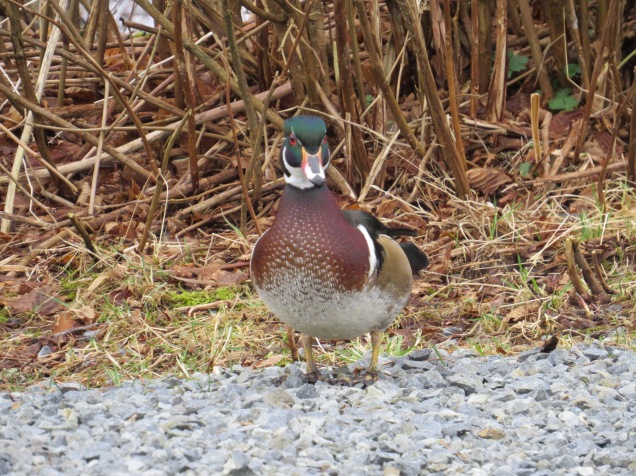