It’s really beginning to seem like spring in Anchorage! Even before May began, as I began to be able to find time again to bird, I found that things were looking up.

On April 29th, I went to Hood and Spenard Lakes and Westchester Lagoon and found that the water was all open, with only a bit of ice along the shore. Bird highlights included Trumpeter Swans, Arctic Terns, Red-necked Grebes, and a very tame Bald Eagle. The noise in the background of the grebe video is gulls squabbling on the island at Westchester Lagoon.

On May 1st I went back to Hood and Spenard Lakes, looking for the very tame Red-throated Loon that I have seen there the last couple of summers, and was delighted to find it was back, still amazingly tame (I learned from one of the plane owners that it had returned a couple of days earlier, and he believes it has been coming back for about 5 years, never with a mate). 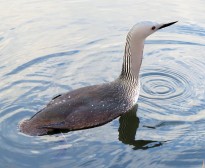 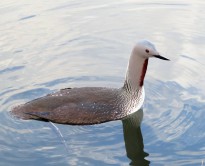 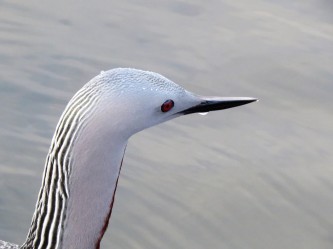 On May 2nd I drove up Arctic Valley Road, hearing American Robins, Dark-eyed Juncos and Ruby-crowned Kinglets at regular intervals as I drove up the road. The road was clear of snow, although there were remnants of snow along the road and on the nearby hillsides.

As I turned around at road’s end to head back down the road, I heard the unmistakable clucking sound of a Willow Ptarmigan, so I got out to look around. Very near me, on the snow near the rippling creek was a pair of ptarmigan, more interested in each other than in me. 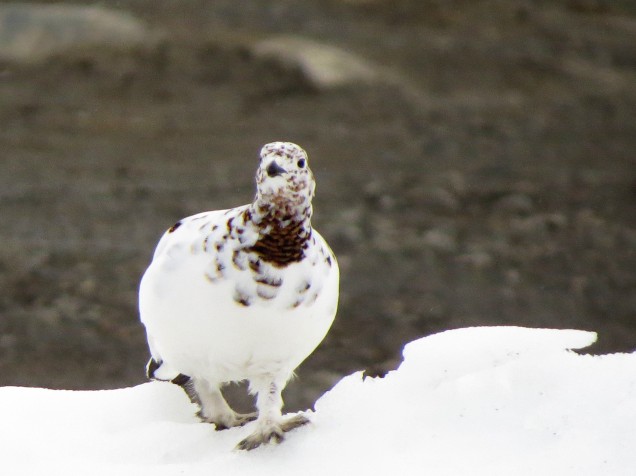 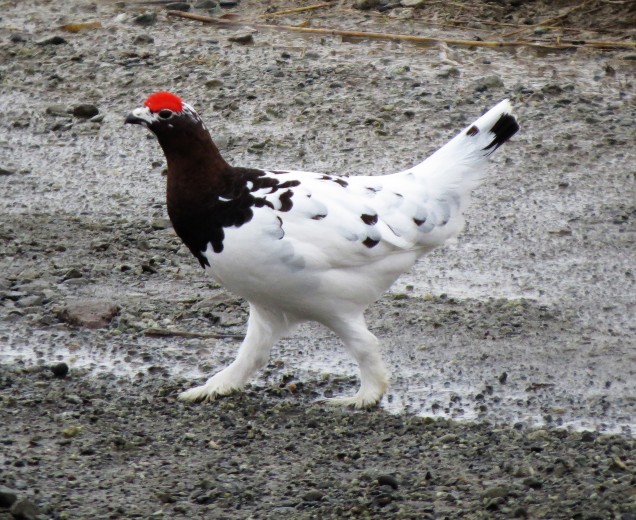 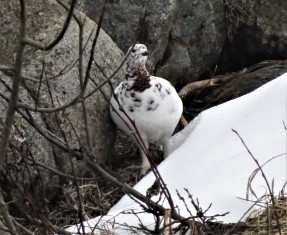 Today’s highlight was along Ship Creek, where there was a resting, preening Harlequin Duck, a bird I have only rarely seen in the Anchorage area, much less downtown. 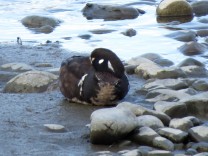 May has always been my favorite month, even when I was not living in Alaska, and I am planning to get out birding as much as possible. Near the end of the month I’ll be back birding in Nome.